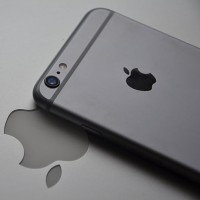 The French Competition Authority has rejected a request to block Apple’s new privacy measures, which will force app developers to ask for explicit consent to use Apple’s advertising identifier. The request was brought by advertising lobbies, who hoped to challenge the introduction of the new privacy measures on antitrust grounds.

France’s competition watchdog, l’Autorité de la Concurrence, rejected this particular request, saying Apple’s decision to ask app users for consent to be tracked “doesn’t appear to be abusive.” The authority did however say that it would be launching an in-depth investigation into whether Apple’s new App Tracking Transparency (ATT) policy might be “self-preferencing” their own business by imposing stricter measures on third-party apps.

Four advertising groups, IAB France, UDECAM, MMAF and SRI, had called on the competition regulator to introduce measures that would have prevented Apple from rolling out the ATT this year. They had argued that Apple’s plans to get users to tick a box to agree to opt-in to be tracked on apps would mean few users would consent, resulting in advertisers who use this data losing out. The complaint also highlighted that Apple would still be able to gather data about users from its own apps, leading advertisers to argue that it would have an unfair advantage over competitors. This complaint was rejected by France’s competition authority.

“We can’t intervene just because there might be a negative impact for companies in the ecosystem,” Isabelle de Silva, head of the antitrust authority, said at a press conference. “At this stage, we haven’t found flagrant examples of discrimination.”

The group of advertisers expressed disappointment in this ruling, but said that they were pleased that the competition authority would be launching an in-depth inquiry. “Apple is not off the hook yet,” said Damien Geradin, the competition lawyer representing the group.

“We’re grateful to the French Competition Authority for recognizing that App Tracking Transparency in iOS 14 is in the best interest of French iOS users,” Apple said, in a statement. It said it would work with the authority in regards to the in-depth investigation.

“We are seeing more and more competition questions around privacy and data protection,” De Silva said, when announcing her authority’s decision. She said that the French body might also investigate Google’s plan to remove third-party cookies, as the UK.’s Competition and Markets Authority are already doing.