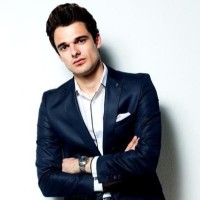 In-play advertising has been around for years, but historically running these campaigns has been a lengthy and largely manual process. Now, technological advances have made this process much smoother, allowing in-play ads to be inserted programmatically in real time.

In-play advertising specialist Admix focuses specifically on making it as easy as possible to start running in-game campaigns, allowing advertisers to transfer banner ads and video creative they use elsewhere into in-game worlds.

VideoWeek spoke with Admix founder and CEO Sam Huber to hear more about how Admix measures in-play ads, the impact of IDFA on mobile gaming, and his ambitions for Admix to become the Google of 3D virtual environments.

How does Admix differentiate from other in-play advertising businesses?

Our technology is really our main differentiator. Our aim isn’t to build an agency, we are building a platform that is very simple to use, both on the publisher side and on the brand side.

On the publisher side it’s all about usability, making it as simple to use as possible. So you can sign up to our platform, download our SDK, and go live very quickly by just pressing a few buttons. We’re already connected to the networks, so you can start generating revenue within a few hours. That helps us scale, as 90 percent of our publishers self-onboard, which isn’t the case with out competitors where it’s a much more vetted process.

So our play is very different, we’re just driven by technology, rather than acting as a matchmaker between brands and publishers.

And then on the brand side, that technology advantage enables us to be connected to way more ad networks or ad platforms. Our technology matches  their existing standards, we don’t ask for custom creatives or specific formats, we can adapt to all of that. We convert everything ourselves within the product so that it works in the in-play environment.

The whole idea is using our technological advantage to reduce barriers to entry on both sides, which lets us scale faster.

Do you think in-play advertising can work for any brand? Or is it best suited to certain categories?

So what we currently do, where it’s in-game banners and videos which fit with existing standards, is really just a way of getting started. It’s not the ultimate goal, or the best in-game experience you could have. But it’s a way to educate brands about this new environment, and about data-driven delivery of ads in that environment.

Those sorts of formats can work for everyone, and we’ve seen more brands coming in over the past few years. When we started in around 2017/2018 I was talking to Yahoo, who were trying to find brands interested in gaming. And it was a very short list – most were still shy about gaming, and it wasn’t seen as a premium environment.

Now the conversation has changed massively. We’ve tripled the number of brands spending with us in just two quarters. Brands know their audiences are playing games, so it’s becoming another valuable channel for them to reach those customers, like social has been. And we’ve seen brands spanning from insurance to automotive to entertainment spending on in-play advertising, it’s really been a big shift.

How does Admix go about measuring in-play advertising?

Until now, we’ve basically created our own measurement standards, because there have been no third-party companies supporting it.

The next step, which we are working on now and should be announced fairy soon, is getting it verified by third parties. That’s going to be a game changer – it’s one thing to do it ourselves, but another thing to have that verified by a third-party which proves that the measurement is valid. That’s something our buyers are very excited to see.

When publishers plug in to Admix, do they take the opportunity to reduce their ad load elsewhere, for example by running fewer interruptive ads which play between levels? Do you think they should?

Initially as a new solution, we didn’t push publishers to remove existing monetisation solutions, they wouldn’t have gone for that! The fact that our offering was complementary was important to help us grow and scale.

But in the long term, our aim is to get rid of intrusive ads and create a better experience for users. That’s why I started this company as a game publisher. Things have changed very little over the past ten years, it’s still mostly interstitial ads, maybe with rewarded video too. The experience isn’t great, and that’s the main reason users leave games.

So eventually we want in-play to take over, and to create more freedom for game publishers to monetise in different ways. We’re starting to see publishers removing some of their interstitials as their in-play revenues are growing, and that has an immediate effect on audience retention.

We published a case study with a studio called Neon Play who ran tests with zero in-play ads, five in-play ads and ten in-play ads. And the number of in-play ads had no impact on user retention. In-play is the only solution that can say that, and it changes the mechanics of monetisation because you’re no longer having to weigh up how the number of ads you’re running will impact churn.

What sort of impact do you think Apple’s IDFA changes will have on mobile gaming?

It’s probably going to have a big impact, but the biggest impact is almost the uncertainty it creates!

The theory is that without the IDFA, you can’t track users across different properties. So attribution or performance related campaigns are going to be really hard to judge. And most advertising revenue that game developers make today comes from other game publishers, who are usually running performance campaigns based on driving installs. If those advertisers suddenly cannot track attribution properly, they will be willing to pay a lot less for ads, so publisher revenues could drop significantly.

Luckily in-play advertising, for the moment at least, mostly attracts brands who are looking for viewability and to target the right audiences, but not necessarily looking for direct attribution. They do use the IDFA for retargeting, but it’s not so crucial, so the IDFA changes won’t affect prices so much.

But then obviously if performance revenues drop, brand revenues become more important, so we might see more interest in in-play advertising from publishers.

You mentioned in-play banners and videos are just the start. What do you make of other opportunities around in-play advertising, like programmatically inserted in-game products and clothing?

We definitely look at all this beyond just specific formats. The way I like to think about gaming is that it’s the low hanging fruit of a much, much, much bigger future industry, which is effectively real time 3D environments.

Consumption of content is moving from two dimensional formats, where you just read articles and posts on apps and websites, into more intricate 3D environments. Gaming is currently the most common form of that, but we’ll also see augmented reality and virtual reality growing. And I think eventually we’re going to have this parallel version of the internet, which will take place entirely inside these 3D worlds. You’ll still be able to read articles and watch videos, watch live concerts, talk to your friends, and buy things. But these things will transition towards more immersive, 3D experiences.

All of this is going to create a new economy which needs to be monetised. And to monetise a 3D world, you can’t just put a Google tag in there and expect it to work. So what Admix is doing at a high level is creating the native infrastructure to monetize those 3D worlds. Advertising will be an element of that for sure, but there’s going to be sponsorships too, and ecommerce which will be a mix of real products and digital products.

So we want to create that infrastructure, and also the data pipeline with the right reporting for advertisers and brands to be involved. And then we can build any type of formats on top of that – banners, videos, skins, 3D products. And all of those are things we essentially plug into this base layer we’ve been creating.