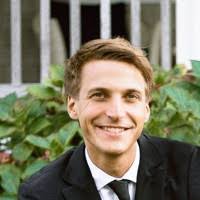 Connected TV ad platform Publica has announced that Ben Antier, co-founder and formerly chief product officer, has been promoted to the role of CEO. Previous CEO and co-founder Cédric Tournay meanwhile will step into the role of executive chairman.

VideoWeek spoke with Antier to hear more about what the changes mean for Publica, as well as the impact supply-path optimization is having on the CTV space, and why the death of third-party cookies could present a golden opportunity for CTV.

Congratulations on the new role! What does this change mean for Publica?

This change comes in the context of very rapid growth for Publica – we’ve tripled the size of our team in the past year, we’ve onboarded dozens of new clients, and we’ve released hundreds of new features. So our platform is growing, and we’re trying to structure our team to make sure that we’re able to address the needs of our clients, and to continue to innovate at the speed we’ve been innovating over the past year.

So the other co-founders and I have been thinking about how to organise our company, and it made most sense for me to step into the CEO role to lead the team into what I believe will be another amazing year of growth. Cédric [Tournay, previously CEO of Publica] is now executive chairman, and is going to lead the company from more of a strategic and corporate development perspective.

You mentioned new features – what has Publica been working on since we last spoke?

The major changes relate to three different parts of our platform.

The first has been continuing to improve our ad-serving and unified auction capabilities. So we now have 25 SSPs connected into our platform that publishers can leverage for unified auctions. And from a user experience perspective, we’ve added the ability to recognise brands and logos within creative, which allows us to be even better at competitive separation and creative de-duplication.

The second aspect relates to audience management. We’re big believers that CTV will continue to be private marketplace (PMP)-based, but more and more audience-enabled. So we’ve worked on some integrations within the LiveRamp ecosystem so publishers can bring in first and third-party segments for forecasting, for targeting and reporting programmatically. And we’ve got news around that coming out in the next month or so.

The third aspect is server-side ad insertion (SSAI), which is still a big part of our strategy. We’ve been very involved in the new IAB Tech Lab initiatives around combating fraud and improving security in the SSAI world. It’s very important that we bring trust to the ecosystem, and bringing security between server-to-server connections is very important for that. There’s a spec around that which Tech Lab will be publishing soon, and we’ll be pushing for market adoption of that spec.

I definitely don’t think there are inherent vulnerabilities in SSAI. When you set up a wire transaction from one bank to another, you don’t need client-side code on your bank’s website to be sure that the wire is going to go to the right place. Securing server-to-server transactions is something we solved a long time ago! It’s more about the ad industry stepping up its game so that we’re providing very safe and secure transactions.

I think the challenge has been the lack of standards, which is why I think this IAB Tech Lab initiative is very important. It’s all about creating a context where the server that’s firing a billing notification is able to authenticate with the server that’s receiving the billing notification. There are many ways you can do that, which will be addressed in the Tech Lab spec. But that’s how you address the problem of SSAI spoofing, which is the most commonly used tactic by fraudsters.

After that, we’ll need to continuously work to fight fraud, because fraudsters’ tactics will keep changing too. I think the ability to identify apps in the bidstream in a trusted way will be the next big thing that we’ll need to focus on as an industry.

We’re starting to see buyers conducting supply-path optimisation (SPO) for their CTV buys. What sort of impact do you think this will have on CTV, and the SSPs specifically?

I think it’s all about bringing differentiated demand to publishers. The whole concept of SPO says we’re not going to call the same buyer multiple times with no added value. So it’s about SSPs having access to unique data to be able to enrich bid requests with information that others might not have. And it’s about surfacing the right contextual metadata to make sure that you’re bringing value, because you know more than others about this particular user, or app, or content.

So we’re looking at how we can help provide differentiators so that any company working in the programmatic ecosystem is able to add value. And for publishers, we’re continuously helping them with programmatic strategy, where they determine which types of inventory are available to which buyers in which kinds of contexts. PMPs are a huge part of that, and we’re working on a number of PMP enablement features. But it’s also relevant in the open auction, where you determine which signals you want to send to which buyers, and you want to do that through the SSP of your choice.

How do you think the current conversations around identity and privacy will play out in the CTV world?

It’s a very big question, especially with the events of last week!

My take is that the CTV environment is already a goldmine from a marketing perspective, in terms of the content and how you can reach users. And as third-party cookies go away and it becomes harder to work in the web ecosystem for marketers, I think alternatives like CTV will become the centre of the marketing mix. I think we’ll see marketers planning campaigns with CTV as their key focus, and then figuring out which channels to use to reach other audiences.

So it’s an exciting time for us and others in the CTV space, because CTV is an environment where users are logged in so there’s a lot of data. And users understand and appreciate the free ad-supported model. So I think this will be good for the CTV ecosystem as it becomes one of the best places to target audiences.

As you’ve said, most CTV is traded through PMPs at the moment – do you think we’ll see more inventory sold on the open marketplace in the future?

The CTV landscape in the US today is dominated by PMPs and programmatic guaranteed deals. And I think a large part of that is because of a lack of trust in the programmatic ecosystem. If a buyer could trust that the open RTB objects they receive really represent the app the user is on, the content they’re watching, where they are and so on, then you’d see more budgets come through open auctions.

So I think we will see things go in that direction, as that is the promise of programmatic, but first we need to develop that trust. But for the foreseeable future, I think things will be very PMP-based. And I think we’ll see the same in Europe – it’ll move from direct IOs to PMPs, especially as demand and supply increase.