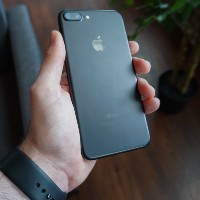 With Apple due to implement new restrictions on its Identifier for Advertisers (IDFA) in the coming months, advertisers and app publishers will have to look to alternative measures for tracking users and measuring ad campaigns.

One major piece of this puzzle will be SKAdNetwork – Apple’s own solution which it says will enable measurement and attribution of mobile ad campaigns in a privacy preserving manner.

Later this year, Apple will begin requiring app developers to explicitly ask users for permission to use IDFA.

Given the language used in Apple’s consent notification (which asks for permission “to track you across apps and websites owned by other companies”), it’s expected that many will opt out, making the IDFA much harder to come by

SKAdNetwork is essentially an effort by Apple to enable measurement on mobile ad campaigns in a way which doesn’t require the IDFA. It’s a similar idea to Google’s Privacy Sandbox for its Chrome browser – an effort to build privacy-preserving tools which can enable some of the basic elements of digital advertising in a way which doesn’t track individuals across the web or between apps.

SKAdNetwork is designed specifically to measure when an ad campaign for an app drives downloads. So SKAdNetwork isn’t a wholesale replacement for the IDFA. It won’t for example, cover targeting, or even all kinds of measurement.

But unlike IDFA, SKAdNetwork allows attribution without sharing any user or device-level data.

The key to SKAdNetwork is that Apple’s App Store itself plays a significant role in attribution.

Using IDFA, an app publisher can identify the device of a user which they show an ad to, and then see if that same user goes on to download their app.

But with SKAdNetwork, the App Store acts as a middleman to tie the pieces together. The process works as follows.

Firstly, ad networks must register with Apple to take part in SKAdNetwork. Once they’ve done so, they sign each ad they deliver – which means they include a piece of code which says the ad is being measured through SKAdNetwork, and includes some information about it such as a campaign ID.

The ad network then delivers this signed ad to the ‘source app’ (which is just Apple’s term for the app where the ad is shown).

If the user clicks on the ad shown in the source app, this then opens up Apple’s App store, and the ad’s signature is passed along too, meaning Apple knows that the ad has been clicked on.

Assuming the user does download the advertised app, this app then fires off a notification to Apple when it’s opened for the first time. Apple is then able to tie this information together and send it back to the ad network to show that a conversion has occurred.

To protect privacy, Apple bakes in a lot of extra noise into the process. For example, all data sent back to the ad network is aggregated and anonymised, and stripped of information which could reveal user or device-level data. And Apple includes a delay between the time a conversion occurs and the time it informs the ad network, so that the ad network can’t use time stamps to connect the dots on their end.

The first advantage of SKAdNetwork is that it does preserve user privacy better than IDFA, since app developers can’t track individual users’ actions on their devices or monitor their activity across different apps.

Its second, and much more relevant, benefit is that if the IDFA does become much less widely available in a few months, it may be one of the only options available to advertisers to measure campaign performance and attribute downloads.

But its shortcomings compared to IDFA are considerable.

Some of these shortcomings are intentional. The anonymisation of user data and delay in reporting help protect user privacy, but also make conversion measurement less sophisticated. A developer can’t, for example, optimise campaigns based on real time feedback in the same way they can using IDFA.

But there are also issues around how data is collected and reported. Using SKAdNetwork, the ad networks themselves report campaign success back to ad buyers, meaning that ad networks are effectively marking their own homework.

And SKAdNetwork opens potential opportunities for fraudsters. The lack of a personal identifier means it’s easier for fraudsters to conceal fake traffic, since they no longer have to spoof a device identifier.

Mobile measurement company AppsFlyer says fraudsters often hide install fraud by enabling ‘Limited Ad Tracking’, an option within Apple’s settings which disables the IDFA and prevents a device identifier from being passed on to advertisers. In fact, AppsFlyer says that any publisher or ad network showing high densities of installs as coming from devices with Limited Ad Tracking enabled would usually be suspected of fraud.

With more users choosing to disable the IDFA after Apple’s changes come into effect, it will become much easier for fraudsters to mask this behaviour.