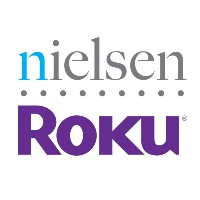 Connected TV platform operator and hardware manufacturer Roku has announced it is acquiring Nielsen’s Advanced Video Advertising business, a move which adds significant assets to Roku’s ad tech stack. The deal comes as part of a broader partnership with the two companies, which will also see Nielsen’s ad and content measurement products integrated into the Roku platform as standard.

The Advanced Video Advertising Group, launched by Nielsen in 2019, was built off the back of Nielsen’s acquisition of addressable TV advertising specialist Sorenson Media. The unit combined Sorensen’s tech with previous acquisitions Gracenote, which runs automatic content recognition (ACR) technology, and Qterics, a smart TV software and privacy management company.

All of these assets will now transfer over to Roku, giving Roku new capabilities in automatic content recognition and dynamic ad insertion (a form of ad insertion which is popular on connected TV as it provides a more seamless, TV-like experience). These tools will extend the reach of Roku’s advertising business onto linear channels, where Roku will work with traditional broadcasters to run addressable campaigns on their linear feeds.

“Tens of billions of dollars continue to be spent annually on traditional TV advertising,” said Louqman Parampath, VP of product management at Roku. “Combining Nielsen’s AVA technology with Roku’s innovative ad tech and scale will enable us to deliver the benefits of TV streaming advertising to traditional TV. Roku will bring the promise of DAI to the market for the first time ever at scale — providing better targeting and measurement for advertisers, creating easy integration and additional revenue opportunities for programmers’ ad sales teams, and improving the TV experience for viewers.”

Positioning for the Future of TV

With this acquisition, Roku is further strengthening its position as a major player in the new TV landscape, as traditional broadcasters adapt their businesses and new players enter the space.

Roku’s ad business has been growing rapidly over the years. Platform revenues, which includes ad sales, were $416.9 million in 2018. Last year, they reached $1.26 billion.

Initially, these ad revenues came solely from helping app publishers monetise their content on the Roku platform, and from selling ads on Roku’s own ad-supported streaming service The Roku Channel.

“It’s a vital part of TV as he who controls the operating system can build other things such as ad insertion and measurement,” said Chalozin. “Look at how Microsoft won the PC era while Google and Apple won the Mobile era. Moving into the CTV era, Roku is making moves towards being the winner with this acquisition, gaining the ability to monetize time spent watching linear TV on their platform.”

“Overall, this is a positive move for the CTV industry,” said Chalozin. “This deal paired with VIZIO’s IPO today puts “software” as a key component in the future of TV business, let alone the ad supported one.”