Digital Turbine CEO Bill Stone outlined the thinking behind the deal. “AdColony saw the secular tailwinds toward mobile, video and high-speed networks like 5G before most and has been able to capitalize on its vision,” he said. “The ability for Digital Turbine to utilize AdColony’s unique mobile advertising solutions across our vast device distribution footprint unlocks significant new monetization opportunities for the combined company’s platform offerings.”

This marks CFlight’s debut in Germany, following its rollout in the US through NBCUniversal and in the UK through Sky. NBCUniversal hopes the metric will be adopted across the industry, giving buyers a standardised method for cross-platform measurement.

“With CFlight we are establishing a branding for media quality,” said Guido Modenbach, EVP of research, analytics and consulting at Seven.One Entertainment Group. “Advertising contacts that meet CFlight principles fulfil the highest quality criteria. Due to the lack of uniform quality conventions for video ads, a fair and meaningful comparability of cross-media reach has not been possible until now.”

AT&T Offloads Satellite TV Unit DirecTV
US telco AT&T has agreed a deal to offload DirecTV, its satellite TV business which has been haemorrhaging customers over the past few years due to the riek of cord cutting, to private equity firm TPG. The deal values DirecTV at $16 billion, a fraction of the $49 billion, or $67.1 billion including debt, that AT&T paid for the business in 2015.

The deal will see AT&T and TPG launch a joint venture which will run DirecTV, as well as AT&T’s other pay TV businesses. AT&T will have a 70 percent stake in this joint venture, with TPG owning the remaining 30 percent.

Google Lifts Political Ad Ban
Google lifted its ban on political advertising on Wednesday, having put the ban in place due to concerns over interference in the US presidential election, and spread of misinformation relating to the election results.

Unruly Launches Full-Service Digital Creative Studio For Brands And Agencies
Unruly this week announced the launch of its new data-driven digital creative studio ‘Tr.ly’ (pronounced Truly). Tr.ly will give advertisers access to a full range of video creative solutions across all screens. Services range from the creation of a brand’s digital assets from scratch to the optimisation of existing assets to help drive better campaign performance, according to Unruly.

DoubleVerify Finds 83 Percent Climb in Inflammatory and Misleading Content
Verification business DoubleVerify reported a 83 percent spike in inflammatory and misleading content online in November, when compared to the same period in the previous year. And sites hosting this sort of content typically doubled their ad revenues as a result of this increase, according to DoubleVerify’s report.

Disney+ to Invest in Non-English Language Dramas
Disney+ is to begin investing in more grown up non-English language drama content, as part of an effort to broaden the appeal of the service, the FT reported this week. Disney’s European president Jan Koeppen told the FT that the service will be commissioning content from France, Germany, Italy and the Netherlands.

Discovery Reaches 11 Million Subscribers Overall
Discovery announced this week that its total subscriber count for its OTT services has passed 11 million, and that the vast majority of these are signed up to Discovery+, its new streaming service. And Discovery+ is on course to pass 12 million subscribers by the end of the month, according to CEO David Zaslav.

ViacomCBS Shortens Theatrical Windows to Strengthen Paramount+
ViacomCBS is planning to shorten the theatrical release windows for films produced by its Paramount studio, in order to quickly be able to release them on its upcoming streaming service Paramount+. ViacomCBS will look to have its biggest releases arrive on its streaming service between 30-45 days after releasing in cinemas.

Vevo Launches Ad-Supported Linear Channel on Samsung TV Plus
Vevo this week announced a new partnership with Samsung TV Plus which will see it release a new ad-supported linear channel, Vevo Pop, on Samsung TV Plus in the UK. “In the US, we partnered with Samsung TV Plus during the early days of our OTT expansion. Today, they are one of our top performing television experiences, with tens of millions of viewers across Vevo channels daily,” said Vevo’s president of sales and distribution Kevin McGurn. “We are excited to build on this success and do the same in the UK and Europe, but with more localised curation.”

ITV Launches Data Match on Planet V
ITV’s self-serve advertising platform Planet V this week launched Data Match, its new tool which allows advertisers to bring in their own first-party data for targeting. ITV is working with Omnicom’s client base as the launch agency partner and Deliveroo as the first brand partner.

Australia Passes ‘Pay for News’ Laws as Facebook Standoff Ends
Australia passed news laws this week which will force the likes of Google and Facebook to negotiate with news publishers in exchange for sharing links and snippets of those publishers’ content on their platforms. The Australian government did water down the laws in order to appease Facebook, which blocked sharing of news on its site last week in protest against the law. These changes included less strict timelines on when the government will step in to settle negotiations which have reached an impasse.

TikTok Agrees $92 Million Settlement to End US Privacy Lawsuits
Video sharing app TikTok has agreed a $92 million settlement to end privacy lawsuits in the US which claimed that the app disclosed data to third-parties without user consent, and illegally recorded facial scans of users. The deal still has to be approved by U.S. District Judge John Z. Lee in Chicago.

French Antitrust Body says Google Hasn’t Complied with Rules for Publisher Negotiations
France’s antitrust body has said that Google has failed to comply with its orders on how to conduct negotiations with publishers over paying for their content. Reuters reports that Google could face a fine of up to 10 percent of annual sales if it’s penalised for the breach.

Microsoft Aligns with Publisher in News Payments Battles
Amid ongoing battles between tech companies, news publishers and legislators over payments for news content on platforms like Google and Facebook (see stories above), Microsoft has begun working with lobbying groups to help develop a legal solution to “mandate payments” from the tech companies, the FT reports.

Twitter Looks to Paid Features to Double Revenues by 2023
Twitter CEO Jack Dorsey told the company’s investor day conference this week that the social platform is looking to double its revenues by 2023, and will look to paid features to help it do so. These paid features could include ‘super follows’, where users can charge for access to exclusive content, and a tipping feature.

YouTube Works on Original Kids Content
YouTube is investing in new child-oriented content for its slate of originals, announcing 30 new original shows from creators including GoldieBlox, Guava Juice, Joe Wicks, Kukua, Moonbug Kids, pocket.watch, SoulPancake. This content is paid for out of a $100 million fund for kids content set up by YouTube as part of its settlement with the US Federal Trade Commission over child protection issues on the platform.

WPP’s Read says Consolidation Period is Over
WPP chief executive says that WPP’s period of consolidation is over, and that the holding group won’t be undergoing any more major restructuring in the next five years. Speaking at Campaign x Spikes Asia, Read added that WPP will be looking to expand its presence in Asia, namely China and India, over the coming years.

Omnicom and IPG Collectively Cut 10,000 Jobs Last Year
Annual reports from holding groups Omnicom and Interpublic Group show that the two cut 10,000 roles between them last year, as the two businesses restructured to cope with the pandemic. Omnicom cut 8.4 percent of its overall workforce, while IPG cut 7.6 percent according to Campaign. 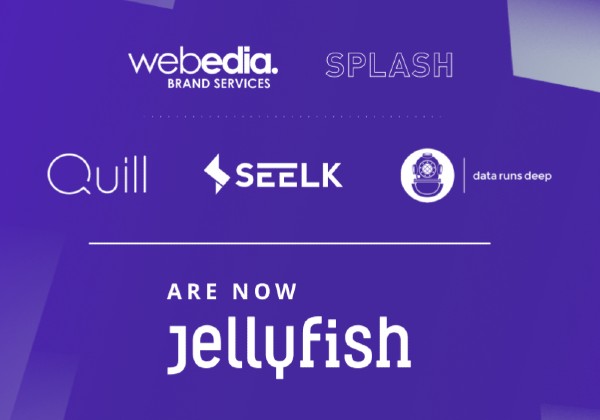 Publicis Groupe Launches Apprenticeship Scheme for People from Disadvantaged Backgrounds
Publicis Groupe is hoping to reach 10,000 people from disadvantaged backgrounds with Open Apprenticeship, a digital platform which offers training in areas including brand strategy, media and PR, creativity, data and technology. The scheme is aimed primarily at 81-21-year olds from ethnic minority backgrounds, and people from low-income homes.

Adcolor Picks Droga5 as Creative Agency of Record
Diversity, equality and inclusion non-profit Adcolor has announced it has picked Droga5 as its creative agency of record, with Droga5 working on a pro bono basis.

ViacomCBS Names Olivier Jollet as SVP of Streaming  and Mobile
Olivier Jollet has been named SVP of strategy and business development, streaming and mobile at ViacomCBS. Jollet previously headed up Pluto TV in Europe.

Why TikTok Sees an Opportunity on CTV, read the full story on VideoWeek

Why Hardcore and Hyper Casual Games Will Win in the Post-IDFA World, read the full story on VideoWeek

How Infighting and Lobbying have Stalled the EU’s ePrivacy Regulation, read the full story on VideoWeek

App-Ads.txt for CTV Explained, read the full story on VideoWeek

Royal Albert Hall, Your Room Will be Ready, Tomboy Films