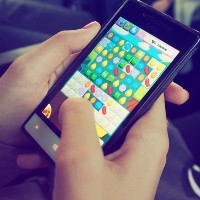 Apple’s upcoming privacy changes on iOS devices, which will require apps to ask for explicit consent to use the Identifier for Advertisers (IDFA), are top of the mobile advertising industry’s agenda.

Assuming that the majority of consumers choose to opt out when the change comes into force this Spring (the exact date is not yet confirmed), it will become much harder to track users between different apps. This will make ad targeting, measurement and attribution much harder.

Mobile gaming publishers will be hit on two fronts. For those who run ads on their games, CPMs and demand will likely drop, as it becomes harder to target ads at the right users, and to track a consumer’s journey once they’ve clicked on an ad. And games developers themselves tend to be among the biggest buyers of mobile advertising, running performance campaigns for user acquisition. Thus, their own ability to find and attract new users will be stifled.

But games companies are split on how big the impact will be – in large part because some developers are less reliant on IDFA than others.

One big factor here is how reliant a publisher is on ad networks and programmatic sales for monetisation. Katerina Dudinskaya, VP of performance marketing at mobile games publisher Gismart, expects the impact to be significant on developers which make heavy use of ad networks.

“As a large developer and publisher, we’re concerned about how our key partners such as Facebook, Google, and Bytedance will respond to this update and how it will impact us as an advertiser,” she said. “Ad networks will no longer be able to define a user’s profile, meaning they will not be able to segment the audience. Ad networks will in turn pay less for these types of users, although it will also be cheaper for game developers.”

For the largest publishers, this will be less of an issue. Humam Sakhnini, president of Activision Blizzard-owned mobile games business King, said his company’s strong direct sales will help the company weather the storm.

“I think our current momentum and our direct sales momentum have given us confidence in the growth trajectory of our ad business overall, even with taking IDFA in context,” he said on a recent earnings call. “So this year, what I see ahead of us is further product innovations that are already underway, and further ramping up of the direct sales resources, and both of which should enable us to reach more brands and provide more experiences.”

Interestingly, game developers at the complete other end of the spectrum may also be less affected by Apple’s privacy changes. Hyper casual games – short, easy to learn and repetitive games which usually don’t require a tutorial to play – tend to have a very wide appeal, meaning they don’t need to run targeted ad campaigns. This means they have lower user acquisition costs, making these games sustainable even if CPMs drop as performance campaigns become less targeted and measurable.

“As you think about the user acquisition funnel, these are players that are being acquired for pennies that are not sensitive to IDFA and are able to be brought into our network,” said Zynga CFO Ger Griffin.” And as if you think about the arbitrage in the long-term nature of the relationship that we’re going to build with them, it’s a very positive thing for our company overall.”

And Finnish developer Rovio, best known for the Angry Birds series, is actually focussing on developing more hyper casual games directly as a result of the IDFA update.

“Our casual games are naturally less dependent on precise targeting given the wide appeal they have, and they will be affected less [by the privacy changes],” said Rovio CEO Alexandre Pelletier-Normand on the company’s most recent earnings call. “Hence we recalibrated our portfolio to do more of those games relative to mid-core titles.”

As such, we could potentially see polarisation in the mobile games market, where top end hardcore games and hyper casual games succeed, and ‘mid-core’ titles struggle.

Those operating in this mid-core are looking for workarounds in order to prevent this.

Gismart’s Dudinskaya says her company has been looking at alternative attribution models and targeting methods for the post-IDFA era. Gismart has settled on a mix of SKAdNetwork (Apple’s own privacy-safe alternative) and an in-house analytics system. Zynga meanwhile says it’s been building out its yield optimisation capabilities in preparation for the change.

It’s still unclear how effective these workarounds will be. Dudinskaya said that despite all the preparation put in, it’s still very hard to predict exactly how big of an impact the IDFA update will have. She suggested that if workarounds don’t work, some publishers might need to focus more on alternative revenue models, such as in-app purchases, as an alternative to ad revenues.

But Dudinskaya is hopeful that in-house solutions, as well as the various identity solutions available on the market, will be enough to cover the hole left by IDFA.

“Companies such as Magnite and LiveRamp are set to benefit from the changes in privacy laws, as both platforms help publishers and advertisers move away from individual activity tracking to a model that uses anonymous collection of data,” she said. “Those that begin to move away from the existing individual identity model and shift towards one run by publishers themselves will be the ones to benefit from these changes.”