In this week’s Week in Review: Roku posts a bumper quarter and explores commissioning original content, Facebook’s rebellion against Australian content laws stir controversy, and the EU and UK near a data adequacy deal.

Roku Commissions Original Content After Best Ever Quarter
Roku posted its best ever year and quarter this week, with both its subscriber count and advertising business continuing to grow as consumer migrate to connected TV services. Roku had 51.2 million accounts by the end of last year, bringing in more than 14 million new users in 2020. And total net revenues grew 58 percent to $1.77 billion.

And as Roku continues to rely more and more on its ad-supported streaming business, it has begun looking to invest in original content to grow out its ad-supported channel ‘The Roku Channel’. A job listing posted on LinkedIn for a ‘lead production attorney’ mentioned Roku’s plans to create an “expanding slate of original content”. This would mark Roku’s first push into commissioning original content (ignoring the original shows and films picked up through its recent acquisition of Quibi’s assets).

Facebook Rebels Against Australian Content Laws with News Blackout
Facebook courted controversy this week as it took down Facebook pages of broadcasters and news publishers in Australia, and prevented Australian users from sharing news stories on its platform.

The move was in response to laws proposed in Australia which would force the likes of Facebook and Google to negotiate payments with publishers for content shared through their services. Facebook argued it had been left with no choice but to ban sharing of news content, in light of the new laws. But others accused Facebook of trying to strongarm the government into backing down, and painted the move as a threat to democracy.

Big Tech’s Australian powerplay proves we live in the era of Technofeudalism. To secure the right NOT to pay for journalists’ output, FB banned all Aussie journalistic output while Google struck a deal with Murdoch to pay only his rightist news outlets https://t.co/imDmgSgHFx

Part of the controversy came due to the fact that a number of non-news related organisations had their pages taken down as well. For example the Australian Bureau of Meteorology, which uses its Facebook page to issue severe weather warnings, was blocked, as were a number of charities.

UK and EU Near Data Adequacy Deal
The European Union is set to grant data adequacy to the UK according to the Financial Times, a ruling which essentially says that data receives equal protections in the UK as it does in the EU. This will allow personal data to continue flowing between the UK and EU as it has done prior to Brexit.

The UK’s exit from the EU had put these data flows under threat, which would have caused headaches for ad tech and media businesses which pass personal data between the two, adding more layers of bureaucracy relating to data transfers.  The last minute deal agreed between the two in December granted a temporary reprieve, allowing data to keep moving between the UK and EU for up to six months. This new ruling would put the issue to bed permanently.

Facebook Accused of Knowingly Using Misleading Reach Metrics
Documents unsealed in a class action lawsuit against Facebook suggest executive were aware the company’s ‘potential reach’ metric was inflated, but chose not to act in order to preserve revenues. Internal emails show that executives were aware of the issue, but when a change to the metric was suggested, the suggestion was ignored as the “revenue impact” would be “significant”, according to the Financial Times.

The Trade Desk’s Q4 Revenues Rise Nearly 50 Percent
The Trade Desk once again reported strong financial results, with Q4 revenues up 48 percent year-on-year to $319.9 million. The Trade Desk credited to growth in part to accelerated adoption of connected-TV by both consumers and advertisers, driven by the pandemic.

Mobile Ad Companies Unite to Prepare for Post-IDFA World
Six mobile advertising businesses have formed the ‘Post-IDFA Alliance’, a group which aims to help companies understand how to prepare for changes to Apple’s IDFA identifier. The alliance’s members are Fyber, Chartboost, Singular, InMobi, Vungle and Liftoff.

iHeartMedia to Acquire Triton Digital
Radio broadcaster iHeartMedia has agreed a deal to buy ad tech company Triton Digital from Scripps for $230 million, the Wall Street Journal reported this week. Triton Digital’s capabilities in audio will help build out iHeartMedia’s podcasting business, according to the WSJ.

Ad-Lib.io Raises an Additional $6 Million
Ad tech business Ad-Lib.io, which specialises in dynamic creative optimisation, has increased its Series A funding to $12 million, raising an additional $6 million. The funding will be used to accelerate the business’ US growth, as well as to expand its platform to ad video and social capabilities.

Facebook Fined €7 Million in Italy Over Data Breaches
Facebook has been handed a €7 million fine in Italy after the country’s competition watchdog said it failed to comply with a request to correct its handling of data. The regulator said in 2018 that Facebook was not properly informing users of how it collects and uses data, and handed the company a €5 million fine. And the watchdog says Facebook still hasn’t made the appropriate changes, leading to the second fine.

RTL Rebrands TVNow to RTL+
Mediengruppe RTL Deutschland has revealed it will rebrand its streaming service TVNow to RTL+, as part of an effort to bring more of its products under RTL branding. German linear TV channel RTLplus will be given a new name to avoid confusion.

M6 Posts Profit Despite Revenue Fall
French broadcaster M6 posted a profit for 2020, despite revenues being down by 12.5 percent. The group said it had “successfully and rapidly adjusted its level of operating expenditure, which fell by €168.9 million”, in order to stay profitable.

BT Sport Chief Warns of Football Rights Deflation
Simon Green, head of British sports broadcaster BT Sport, has warned that England’s top football leagues should expect deflation in the prices of their rights packages. “It would be a welcome change to the market . . . Over the last 20 or 30 years with some particular examples of where broadcasters pay an awful lot of money for rights,” he told the Financial Times’ Business of Football Summit. “I don’t think that’s going to happen so much going forward now, so I do see a realignment.”

M6 Teams Up with Orange for Addressable TV Advertising
French broadcaster M6 and telco Orange have agreed a new carriage deal which will see the two work together to deliver addressable advertising via Orange set-top boxes. Data points including TV usage, household composition and geographic location will be available for ad targeting on M6 channels.

Poland to Make Changes to Media Tax Plan
Poland’s government has said it will amend aspects of its plan to tax ad revenues, a plan which sparked protests from broadcasters last week who denounced it as an attack on independent journalism. A government spokesperson the FT that the government will look to increase the burden on international tech giants, and reduce the burden on local media.

ProSieben Seeks to Offload Beauty Products Business Flaconi
German broadcaster ProSiebenSat.1 is looking for a buyer for Flaconi, its online beauty products unit, as chief executive Rainer Beaujean seeks to streamline the business, according to Reuters.

Twitter Stock Reaches All Time High as Ad Market Rebounds
Twitter’s share price rose an all-time high this week, with the social media company’s shares up over thirty percent since the start of the year. Twitter’s gains have been driven by growing user engagement and better prospects for digital ad revenues, according to Bloomberg. 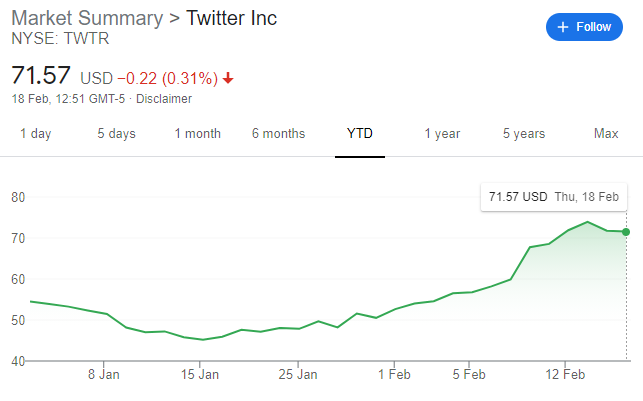 YouTube to Bring TikTok Rival ‘Shorts’ to the US
YouTube’s chief product officer Neal Mohan has announced that YouTube will begin beta testing ‘Shorts’, its TikTok-like feature which sits within the main YouTube app, in the US in the coming weeks. Shorts is one of a number of short-form video offerings being released by both established players and new entrants, who are each trying to capitalise on TikTok’s growing popularity. Read the full story on VideoWeek. 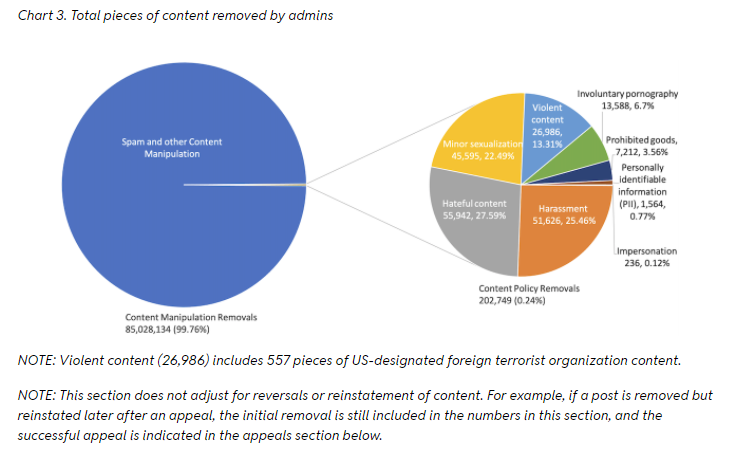 TikTok Accused of Consumer Law Breaches in Europe
Short-form video sharing app TikTok has been hit with multiple lawsuit across Europe, accused of failing to protect children from inappropriate content and hidden ads. The European Consumer Organisation (BEUC) has filed a complaint with the European Commission, while consumer organisations in 15 individual markets have alerted national authorities, according to Reuters.

Parler Comes Back Online
Parler, a social network which grew popular with conservatives as an alternative to Twitter, has returned online after a month of disruption. A number of tech companies withdrew their support for Parler after the riots in the US Capitol – Amazon for example withdrew its cloud hosting services, while Google and Apple both removed the Parler app from their app stores.

Dentsu’s Annual Revenues Down 11 Percent in 2020
Japanese holding group Dentsu posted its Q4 financial results this week, revealing that full year revenues were down 11.1 percent in 2020. The final quarter of the year showed little improvement on Q3, with Dentsu International’s revenues down 13.2 percent in Q4.

Omnicom Expects Return to Organic Growth in Q2
Omnicom reported that full year revenues for 2020 were down 9.3 percent to $3.76 billion, as Q4 results came in above analysts’ expectations. The agency group said it expect to return to organic growth in Q2 (thought this is an easier benchmark to beat that for previous quarters’, since Q2 2020 results were affected by the pandemic.

Omnicom Hit by Cyber Incident
Omnicom Media Group revealed this week that it was hit with a cyber attack, though the nature of the attack wasn’t specified. OMG said that while the incidents caused some interruptions, it was confident that no data was at risk, according to AdAge.

Richard Sharp Confirmed as BBC Chair
Former Goldman Sachs banker Richard Sharp was confirmed as chair of the BBC this week, making him responsible for maintaining the BBC independence.

Helen Lin Names Chief Digital Officer at Publicis
Helen Lin, who has been with Publicis Groupe for 14 years, has been promoted to the position of chief digital officer. Lin previously held the same role specifically within Publicis’ media arm Publicis Media.

John Honeycutt Picked for IBC Chair
John Honeycutt, a former Discovery, Fox, and Google executive, has been chosen as the new chair of the International Broadcast Congress (IBC).

Netflix Will be “By Far the Most Valuable Media Company in the World” says Tom Rogers, read more on VideoWeek

How are In-Game Ads Being Measured Today? read more on VideoWeek

YouTube to Bring TikTok Rival ‘Shorts’ to the US, read more on VideoWeek