YouTube to Bring TikTok Rival ‘Shorts’ to the US

YouTube to Bring TikTok Rival ‘Shorts’ to the US 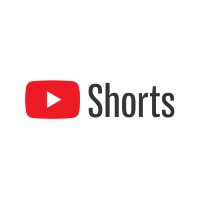 YouTube’s chief product officer Neal Mohan has announced that YouTube will begin beta testing ‘Shorts’, its TikTok-like feature which sits within the main YouTube app, in the US in the coming weeks. Shorts is one of a number of short-form video offerings being released by both established players and new entrants, who are each trying to capitalise on TikTok’s growing popularity.

TikTok’s influence on Shorts is fairly obvious. The new feature lets users shoot and edit short videos of 15 seconds or less within the YouTube app, as is the case with TikTok. Like TikTok, YouTube gives creators a library of licensed music to overlay on top of videos. And the YouTube Shorts discovery feed looks similar to TikTok’s too, with users vertically scrolling to flick between videos.

YouTube began beta testing the product in India last year (where there’s something of a gap in the market, since TikTok has been banned there since last June). And the feature has proven popular, with the YouTube Shorts player now receiving more than 3.5 billion daily views globally.

The US, where TikTok is very well established, will likely prove a tougher nut to crack. According to a lawsuit filed last year, TikTok had over 100 million users in America as of last August. And the app has managed to maintain impressive growth despite the launch of competing products over the past year, like Instagram’s TikTok clone Reels, and Byte, a short-form video app launched by the founders of Vine (seen by many as the spiritual predecessor to TikTok).

As with Instagram’s Reels, YouTube Shorts might be designed in part to stem the flow of creators away from YouTube and onto TikTok, rather than to win audiences and creators from TikTok. For creators who are already well established on YouTube, Shorts might be enough of an incentive to keep YouTube as their home for ultra-short form video, rather than making the jump across to TikTok.

But Instagram Reels’ debut suggests that catching up with TikTok will be extremely challenging. Adam Mosseri, head of Instagram, said in an interview with The Verge last month that he was “not yet happy” with Reels, admitting that there’s confusion among TikTok users about the distinction between Instagram’s various video tools. “We have a long way to go, and we have to be honest that TikTok is ahead,” he said.