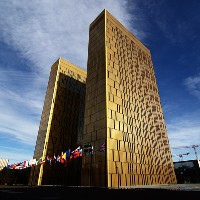 However, a dispute between German broadcaster ProSiebenSat.1 and Austrian fashion brand Fussl led to the legislation being brought before the ECJ. Fussl wanted to run ads targeted specifically at Bavaria on ProSieben’s channels. But ProSieben refused to do so, since Bavaria has banned national broadcasters from running regionally targeted ads.

The ECJ hasn’t made a final ruling on the case, since that power is left to the Stuttgart Regional Court. But the ECJ has advised that the German law may go against EU law, in that it creates an uneven playing field between national broadcasters and national or international media companies which run ads online. Whilst national broadcasters aren’t always allowed to run regionally targeted ads, digital media companies are.

The court also advised that these laws may “go beyond what is necessary” to protect regional broadcasters.

It’s likely that the Stuttgart Regional Court will take the ECJ’s ruling seriously (since it asked the ECJ to weigh in on the matter in the first place). And the ECJ said the Stuttgart court must now decide if there are valid enough regions for these German laws to exist.

If the laws are struck down, it would represent a significant win for national broadcasters (despite the fact that ProSiebenSat.1 is essentially having to use these laws to defend itself in court).

As broadcasters ramp up their addressable TV advertising capabilities, prohibitions on regional targeting pose a significant roadblock to attracting investment. Paul Mudter, COO of Ad Alliance, Mediengruppe RTL Deutschland’s advertising sales house, said that while region is only one of the parameters used in addressable advertising, it’s certainly a significant one.

“I must emphasise that the regional component is one of many targeting criteria for making private broadcasting fit for the future,” said Mudter. “This makes it all the more important to ensure a level playing field and fair competition between German television companies and global online corporations.”

Mudter believes that current laws are stymying broadcasters’ efforts to compete with the global tech giants. “The only way in which private broadcasters can remain viable in the future is to offer the advertising industry attractive, innovative forms of advertising and the targeting it wants,” he said. “For us, regulation absolutely has to be geared to today’s media consumption. That means regulation which doesn’t prevent the national media industry from exploiting its (digital) opportunities while allowing global tech companies to enjoy unfettered expansion in these areas.”

But a win for national broadcasters could be a loss for their regional counterparts.

The ECJ argued that regional broadcasters face competition from global tech companies in the same way that national broadcasters do. And since their advantage in regionally targeted advertising has already been wiped out by digital media businesses, the Germany broadcast laws are somewhat moot.

But Frank Haring, deputy chairman of the board of Germany’s Federal Association of Local TV (BLTV), a group which represents the interests of regional broadcasters, disagrees.

“Regional TV and radio stations are almost 100 percent funded by advertising from local and regional advertisers,” he said. “At the moment, the law protects local media diversity, at least in direct competition with national broadcasters.”

But Haring agreed that the protection provided by the Interstate Media Treaty has been weakened by the fact that tech companies are completely unrestricted in being able to regionally target ads. “Google and Facebook are allowed to poach unchanged in the local advertising market and thus currently pose at least as great a threat to local media diversity,” he said.

And Haring said that if this doesn’t change, Germany might have to look to other methods and financial models for local broadcasters, as ad revenues may no longer be sufficient to support them.