How are In-Game Ads Being Measured Today?

How are In-Game Ads Being Measured Today? 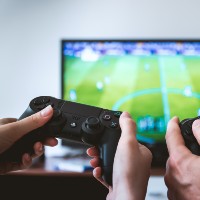 Technological advances are opening up new opportunities and inventory for advertisers around in-game advertising (where ads are inserted directly into a video game’s virtual world).

Companies like Bidstack, Anzu, Adverty and Gadsme let brands quickly create ads which sit naturally within virtual worlds – think virtual billboards, branded T-shirts, or even in-game products. And programmatic delivery allows these ads to be swapped in and out of games on the fly.

But as with any emerging channel, effective measurement will be vital, in order to give buyers confidence to move significant budgets into in-game ads.

In-game ads are quite a different beast to the more common display or video ads which run in many mobile games during breaks in gameplay. For those formats, it’s fairly straightforward to measure things like viewability – since ads are often full screen and unskippable. And they’re typically used for performance campaigns, designed to drive downloads or direct sales. Advertisers are able to use mobile identifiers to track when users click on an ad, and whether that’s followed up with a download or a visit to an online store.

But in-game ads are much trickier to measure. For a start, they’re less appropriate for performance campaigns. In-game ads are shown while the viewer is midway through a game, meaning they’re unlikely to want to click away onto an app store or ecommerce page.

IAB UK says in-game ads are primarily used as top-of-funnel, brand building tools. The IAB says they are more comparable to out-of-home ads in the real world than to a video or display ad which runs during a break in gameplay.

Viewability is Key, But Nuanced…

And unlike video or display ads which run during breaks in gameplay, in-game ads aren’t inherently viewable. A virtual billboard may, for example, appear on a user’s screen for just a few seconds, or may be obscured by another in-game object, or seen from an awkward angle – just like a real world billboard.

When it comes to viewability, in-game advertising specialists say they are able to give advertisers metrics similar to what they’d be used to in other channels. Anzu for example has worked with verification specialist CHEQ to develop tools to measure viewability in 3D environments, while Adverty has filed a patent for its own viewability product. These tools can show for example whether an in-game ad was fully visible for at least two seconds, making it comparable to a digital display and video ad.

There are still questions to be answered around viewability. Bidstack CEO James Draper said last year that industry initiatives to define viewability for in-game ads will be crucial. The type of things they analyse are the angle at which the ad was viewed within the game, the speed at which it moves across the screen as the user travels through the virtual world, or in-game lighting at the moment the ad is seen, could all impact viewability. But for the moment, there are no accepted standards for how to take these factors into account.

But these early efforts to give video and display-like metrics for viewability at least create a starting point for agencies to measure in-game ads. And we’re starting to see progress on industry standards. Bidstack for example has run studies with research group Lumen which used eye-tracking technology to measure and predict how users engage with in-game ads, to help inform discussions around viewability. And at the end of last year, Anzu announced a partnership with agency holding group WPP which was partly aimed at creating standards.

When it comes to measuring effectiveness, IAB UK recommends combining viewability metrics with brand-lift studies, rather than trying to directly track sales, website visits, or other immediate responses.

Again, we are already seeing in-game advertising companies making efforts to offer this sort of measurement.

And these measurement tools have the benefit that they won’t be affected by upcoming changes to Apple’s IDFA identifier. Performance campaigns commonly use this identifier to track when a user has clicked on an ad and then gone on to download an app or visit a virtual store, but measuring this journey is set to become much more difficult when Apple places new restrictions on the IDFA later this year.

Brand lift measurement will be IDFA-proof – something that could push in game ads higher up brands’ media plans.