The WIR: TikTok’s Sale to Oracle and Walmart Shelved, IPG Predicts a Return to Growth, and Viant Stock Rockets After IPO

The WIR: TikTok’s Sale to Oracle and Walmart Shelved, IPG Predicts a Return to Growth, and Viant Stock Rockets After IPO

In this week’s Week in Review: Oracle and Walmart’s TikTok deal is shelved, IPG predicts a return to growth this year, and Viant’s stock rockets after IPO.

Former president Donald Trump had ordered last year that TikTok’s US operations be separated from Chinese parent company ByteDance, citing security concerns. Oracle announced in September that its bid to acquire TikTok had been successful, but over time it became clear that an exact deal hadn’t been finalised. TikTok repeatedly missed deadlines for splitting off its US operations, though a ban was never actually implemented.

Now President Biden has put US government efforts to force through the sale on hold, meaning a deal with Oracle and Walmart may never materialise for TikTok.

IPG Expects Return to Organic Growth in 2021
Following a difficult 2020 for agency holding group Interpublic Group, caused by the pandemic as well as the general headwinds facing ad agencies, the company expects to return to organic growth this year.

Reported net sales and organic net revenue both fell in 2020, by 6.5 percent and 4.8 percent respectively. But new CEO Philippe Krakowsky says that signs for the year ahead are much more promising. Speaking on an earnings call Krakowsky said that while many advertisers have been rethinking their strategies, most aren’t pulling back spending as much as they were during the peak of the pandemic.

Viant Stock Climbs 90 Percent Following IPO
US ad tech company Viant, which runs demand-side platform Adelphic alongside various data tools, successfully completed its IPO this week. And upon entering the market, Viant’s share price shot up 90 percent, jumping from $25 per share to $47 per share, climbing to $57 at the time of writing.

Founders Tim and Chris Vanderhook say the stock’s success is due to Viant being well placed for success as third-party cookies and device identifiers disappear. The brothers say that funds raised from the IPO may be used to fund M&A, if they spot opportunities in the market.

SpotX To Deliver Programmatic Advertising To LG Smart TVs
Video ad platform SpotX on Thursday announced a partnership with LG Electronics to serve as the primary supply-side platform (SSP) throughout the US, EMEA, and Latin America. SpotX will also provide LG with demand facilitation services to connect media buyers with the premium over-the-top video inventory available on LG smart TVs, and will give buyers the ability to purchase that inventory programmatically through the SpotX platform or the demand-side platform (DSP) of their choice.

Criteo Forecasts $16 Million Revenue Hit from Privacy Changes
French ad tech business Criteo posted revenues of $661 million in its most recent financial results, one percent year-on-year growth, as the business undergoes significant structural changes. Criteo has been rejigging its business as its core retargeting products are set to be impacted by the loss of third-party cookies on Chrome, as well as changes to Apple’s IDFA mobile identifier. Criteo says it expects a $16 million revenue hit as a result of these changes.

EU Privacy Agency Pushed for Greater Safeguards from Tech Giants
The EU’s privacy watchdog EUPS has backed the European Commission’s push for tough rules against the tech giants, particularly when it comes to protecting user privacy. The watchdog backed the proposed Digital Markets Act, which would require more transparency from tech giants, while also calling for some tougher measures, according to Reuters.

Fox Says Tubi will Become a Billion Dollar AVOD Business
Fox Corp believes Tubi, the free ad-supported TV service it bought last year for $440 million, can become a $1 billion AVOD service within a few years. Fox Corp CEO Lachlan Murdoch said this week that Tubi is already on track to more than double its total revenues to $300 million this financial year, according to AdExchanger.

Polish Media Groups Halt News Services in Protest of Ad Tax
Media groups in Poland suspended their news coverage this week in protest against a proposed new tax on advertising, which would vary from two percent to 15 percent of ad revenues depending on a variety of factors. The media groups say the tax would threaten independent journalism. 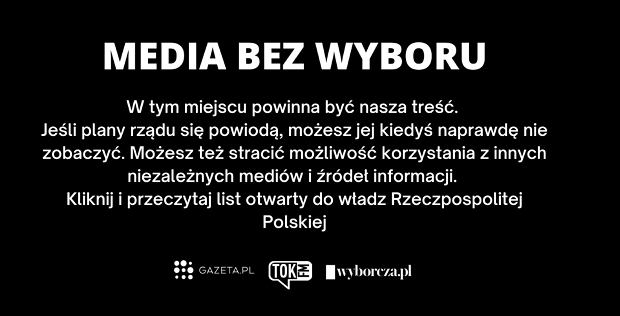 The message which ran during in place of news broadcasts, headlined ‘Media without choice’.

China Bans BBC World News
BBC World News has been banned from broadcasting in China for a year, due to claims from China’s regulator that the BBC has not been truthful and fair in its reporting, and has harmed China’s national interests.

Fox Corp Beats Earnings Estimates
Fox Corp beat expectations in its most recent financial results, reaching total revenues of $4.09 billion in the final quarter of last year. The broadcaster saw an uptick in ad revenues thanks in large part to the US presidential election.

Super Bowl Audience was Lowest Since 2007
The audience for this year’s Super Bowl was the lowest since 2007, as the pandemic led to a major reduction in viewing parties across America. Around 96.4 million people tuned in according to Nielsen, down from 102 million last year.

TVision Ignored in T-Mobile Earnings
TVision, T-Mobile’s pay TV platform which was relaunched earlier this year, didn’t even get a mention in T-Mobile’s most recent earnings call according to Next TV, suggesting the service has not had the most explosive start.

Google News Showcase Launches in the UK
Google this week began rolling out ‘Google News Showcase’, its new product and licensing programme for news content, in the UK. News Showcase will see Google pay news publishers in exchange for republishing snippets of their content, as an effort on Google’s part to answer global calls from publishers to be compensated for content used by Google. Read the full story on VideoWeek. 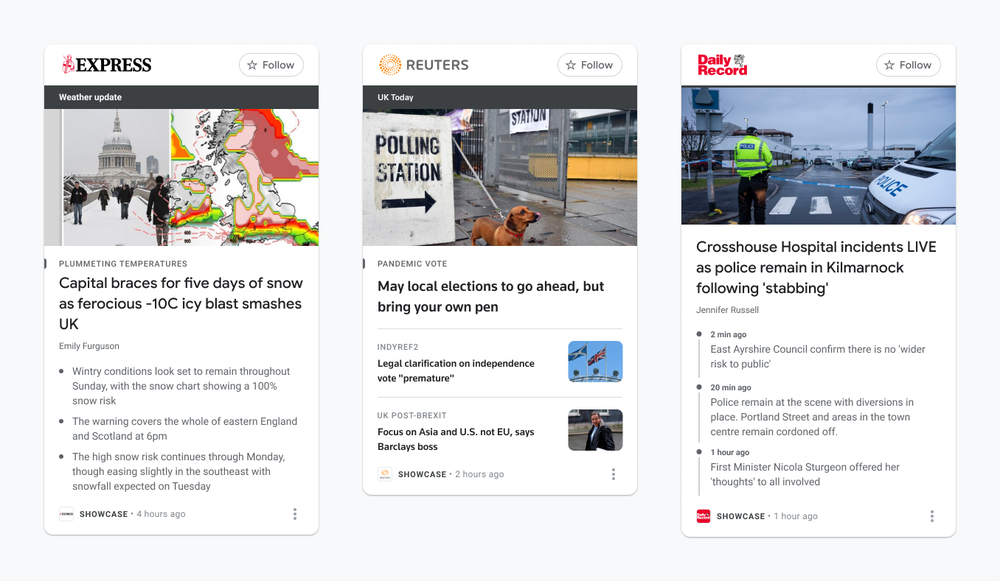 Reddit Valued at $6 Billion After Latest Fundraising Round
Social platform Reddit has been valued at $6 billion after completing its latest funding round led by Vy Capital. This is double Reddit’s previous $3 billion valuation after its previous funding round in 2019.

Twitter Passes 190 Million Monetisable Daily Active Users
Twitter reached 192 million ‘monetisable daily active users’, its core measure of user growth, in Q4 last year. The continued rise was particularly notable as it came during a quarter in which the platform permanently banned Donald Trump, which led a number of his followers to move to other platforms.

YouTube Receives MRC Brand Safety Accreditation
YouTube, whose brand safety struggles have been well publicised over the years, this week announced it has received content-level brand safety accreditation from the Media Ratings Council (MRC) – being the first digital video platform to do so. YouTube said it received the accreditation following an extensive audit that reviewed the policies that determine which videos can be on YouTube and which are eligible to monetise with advertising.

IPG Says TikTok is Making Biggest Improvements on Tackling Harmful Content
Interpublic Group released its latest ‘Media Responsibility Index’ this week, ranking social platforms on their approaches to harmful and misleading content, in which it found TikTok to be the most improved platform in the second half of last year. But IPG maintained that all platforms have significant work left to do when it comes to handling problematic content.

Publicis Groupe Launches ‘Le Truc’
Publicis Groupe this week announced the launch of ‘Le Truc‘, which it describes as a centre for creative excellence which will bring together around 600 creatives, producers and strategists from across Publicis’ agencies. Droga5’s global chief creative officer Neil Heymann has been brought in as CCO of the new venture.

Agency Coalition Creates New Internship Programme for Black Creatives
Ten independent creative agencies have teamed up to create BLAC – Building Leaders and Creators – a paid eight week internship designed to give diverse talent a foot in the door in the ad industry.

Stagwell Finds ‘Material Weakness’ in Financial Accounting
Agency group Stagwell has acknowledged there is “material weakness” in its internal control over financial reporting. Stagwell, due to merge with publicly traded group MDC Partners, says it is taking remedial actions to address the weaknesses.

Inspire Brands Picks Publicis Groupe for Media Duties
Restaurant chain Inspire Brands, which owns Arby’s, Dunkin’, and Baskin-Robbins among others,  has chosen Publicis Groupe as its media agency of record. Publicis has created a new unit, Inspire Media Engine, to handle the account.

WPP Acquires DTI Digital
WPP has acquired DTI Digital, a Brazilian software business, for an undisclosed fee. “Our clients are looking for fully integrated solutions that combine creativity with cutting-edge technology to help them adapt and respond to the rapidly shifting business environment,” said WPP CEO Mark Read. “I am delighted to welcome DTI Digital to WPP and look forward to working together to deliver transformative results for our clients.”

The 2021 Global Content Wars: Who’s Spending What and Where? read more on VideoWeek

How Magnite and SpotX will Challenge for CTV’s Crown: Q&A with Michael Barrett and Mike Shehan, read more on VideoWeek