How Magnite and SpotX will Challenge for CTV’s Crown: Q&A with Michael Barrett and Mike Shehan

How Magnite and SpotX will Challenge for CTV’s Crown: Q&A with Michael Barrett and Mike Shehan

The two say that as a combined entity, they’ll be the largest independent CTV and video advertising platform in the world, standing as an alternative to the tech giants who play such a big role in video advertising.

VideoWeek spoke with Michael Barrett, CEO of Magnite, and Mike Shehan, CEO of SpotX, to hear more about how to combined entity will look, and how they will attempt to capitalise on the CTV opportunity.

What made SpotX in particular an attractive target for Magnite? 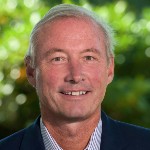 Michael Barrett, CEO, Magnite: Magnite and SpotX are SSPs with complementary strengths in CTV, OTT, and video. These formats are a critical piece of our omnichannel strategy, and CTV sellers have long asked for a scaled, independent alternative to the giants (such as Google and Comcast). Combining our companies will make this a reality and it will better-position our clients to capitalize as linear budgets increasingly shift to CTV.

Together, Magnite will have the financial resources, technical capabilities, and teams to accelerate R&D and deliver products and services that make it easier for sellers to monetise their inventory wherever it is. Additionally, we will be capable of serving sellers that are newer to the world of programmatic and those with mature, programmatic-only operations.

And what makes Magnite a good partner from SpotX’s perspective? 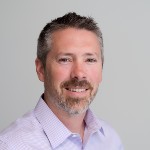 Mike Shehan, CEO, SpotX: At the end of the day, I think it was the company that made the most sense for us, there’s a lot of synergy between the two companies.

Combining our financial resources, technical resources and marketing power is really important. Because at the end of the day, no matter who you are, you’re competing with the big tech companies – in the long term, those are our competitors. So combining our resources on a global basis gives us the scale we need to build the technologies necessary to solve problems for the supply side and our partners.

So from my standpoint the deal makes a lot of sense. And I think it makes a lot of sense for our customers too, being able to use one platform which can solve a lot of their technical challenges and sales challenges. And they also want an independent alternative to the big tech giants, who are ultimately also competing with them in other areas.

Ad tech stacks can be difficult to integrate. How long do you think it will be before it will be a unified stack?

We expect the acquisition to close in Q2, subject to regulatory approvals.

After close, Magnite will continue to support SpotX’s features and functions. However, the company’s long-term intentions are to combine the strengths of both platforms into one.

What will happen to the SpotX brand?

My assumption is that the SpotX brand will be dropped over time.  I do think that it’s very important we combine all our resources, and that includes branding power.

There’s no one who has more affinity from SpotX than me! I’ve lived and breathed it for so long. But if our goal is to compete on a global basis, then I really believe we should all become Magniters – if that’s the correct term!

The deal means SpotX is no longer tied to a broadcaster – do you think the RTL relationship ever complicated things when it came to working with other broadcast partners?

I never really felt that we had a conflict of interest. It’s perhaps a little different in regions of Europe where RTL does compete head-to-head with other broadcasters, but on a global basis we never really felt the RTL relationship complicated things. The US makes up the bulk of our revenue, which has grown so much over the past couple of years with the OTT surge, and APAC is important for us too.

And I actually think the RTL relationship helped us in a couple of areas. Firstly media owners, and broadcasters in particular, saw that we were backed by a well established company, not just RTL but Bertelsmann overall. So they were assured that we were financially sound.

And I also think we learned a lot from being deep in the bowels of a broadcaster throughout Europe. We signed our first deal with RTL in 2014, and we didn’t have any broadcaster or OTT customers at the time. But by the end of it, 75 percent of transactions flowing through our platform related to OTT, and most of those were on the big screen.

So we came up a very steep learning curve of understanding what is really important to broadcasters, and what their technical challenges are. Really getting to know the operations teams on both the digital side and the linear side was very helpful. And I never felt like people didn’t view us as independent, apart from perhaps ProSieben.

Many news and online publishers have been slow to move on to CTV. Do you expect to see more of your pre-existing client base moving on to CTV?

Together, Magnite and SpotX will create the largest independent CTV and video advertising platform in the programmatic marketplace. The combined company will provide better support for sellers, create an alternative to the CTV advertising market’s largest players, and greatly improve scale and efficiency for buyers.

Magnite’s expanded technical capabilities and teams will be able to move more quickly and cater to a broader set of client needs, including sellers that are newer to the world of programmatic and those who have mature, programmatic-only operations. Likewise, the acquisition will make it easier for brands and agencies to buy premium CTV inventory at scale with standard features and a single, addressable pool of audiences.

Magnite seems very bullish on CTV, and you’ve mentioned that you believe CTV is starting to draw budgets away from linear. How quickly do you see this trend progressing over the next few years?

This is a critical moment for the CTV industry. The IAB’s 2021 Marketplace Outlook Survey found that while linear TV will still account for the majority of total media budget in 2021, 60 percent of digital buyers plan to shift linear TV dollars to CTV this year. The IAB expects more than a fifth of 2021 linear TV budgets to be reallocated to CTV. Ad-supported CTV has just started to draw budgets away from linear, and sellers are looking for a scaled, independent partner to help them capitalize on that major source of growth.

Magnite will be well-positioned to participate in the strongest segment of industry growth for the foreseeable future.

How do you see the role of programmatic trading in CTV evolving over the next few years?

At a very macro level I firmly believe, and industry forecasts show this, that a large part of the gigantic global TV market will become digitised. More and more people are going to be consuming longform content digitally as it shifts to OTT. And it’s not a huge leap of faith to say that once something becomes digitised, it becomes addressable, and once it becomes addressable, it needs to be traded programmatically.

I think at least half will be programmatic. And what tips it over 50 percent, and maybe means that 100 percent is traded programmatically, is programmatic guaranteed.

I think the sheer complexity of the OTT ecosystem warrants the need for automated tools. And also a lot of the audience-based data sits on the supply side, either with the device manufacturers, or the OTT app owners who have direct relationships with their users. And to act on that, you’re going to need programmatic tools.

And how about open marketplace programmatic – do you expect to see that grow too?

Currently only 10 percent of our OTT revenue is sold on the open market, and I don’t see that changing significantly. Firstly because of the audience data I mentioned earlier – sell-side companies certainly aren’t going to want a situation where there’s an opportunity for data leakage.

And the second reason is that all of these companies have very large sales teams. That’s the case both for broadcasters with longstanding sales teams which are getting up to speed on OTT, but also companies newer to the media game like Samsung. So I think those two things mean we’re going to mostly see programmatic guaranteed deals, rather than sending it to the open market.

Plus, the inventory is scarce – inventory gets bought at a high rate. There’s just not enough left over to warrant using an open market.