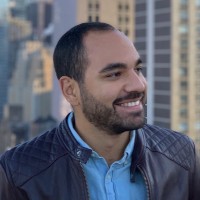 Social-sharing platform Reddit launched its first overseas office in the UK last year, as it expands its brand internationally. And simultaneously, the business is pushing further into video with its recent acquisition of video-sharing app Dubsmash, and the launch of its own live streaming hub RPAN back in 2019.

VideoWeek spoke with Tariq Mahmoud, Reddit’s head of international and the man responsible for leading Reddit’s overseas expansion, to hear why Reddit it investing so heavily in video, how the platform will develop as it expands internationally, and why brands need to take a ‘dinner party entrance’ approach to advertising on Reddit.

Reddit opened its first overseas office in the UK last year – what is Reddit’s strategy for international expansion, and how will that develop over the coming years?

Our mission is pretty simple – it’s bringing community and belonging to everyone in the world. So that means continuing to scale our advertising business globally, while attracting net new users to the platform.

We officially launched in the UK last year as our first major step in building out that vision. And in less than six months we’ve been establishing business with major advertisers across almost every holding company in every key vertical.

When it comes to internationalisation, obviously the product itself already exists everywhere in the world, and users can generate content in any language they choose, so that happens regardless of our efforts. But on the product side, our internationalisation strategy revolves around a few different things. Number one is localising the product itself, making sure the platform is available in multiple different languages. Number two is surfacing existing content that’s relevant to specific users in different markets. And number three is encouraging creation of new content that’s relevant to a user in Germany, France, Brazil or India for example. Those are all things which don’t happen organically, and they’re the sorts of things we do when we launch in a new market.

So we’re really excited about what’s to come, and while there’s nothing to announce yet, we expect to grow into new countries beyond this year.

How important is video revenue for Reddit, compared to other ad revenue streams – and do you expect it to grow in the coming years?

Video is obviously really, really important to us, because it’s a really integral way for people to connect with one another and express themselves. So over the past few years, we’ve made serious investments in our video capabilities, as part of our commitment to providing the best tools and platforms for users to find, create and interact using video.

Our acquisition of video-sharing app Dubsmash in the last few weeks is going to help us deliver on that commitment and accelerate our video streaming capabilities. And I think video is going to continue to grow, it’s one of the mediums you can use to interact or Reddit, but not the only medium, which I think is quite unique. So it’s no surprise that video and live streaming are going to be really critical to us.

How does Dubsmash fit into Reddit’s strategy, and what are Reddit’s plans for it?

Most obviously, Dubsmash fits into Reddit simply as a premier video platform. But beyond that in recent years we’ve been making investments in other video capabilities. So there’s RPAN, which is our live streaming feature which we launched in 2019, and we introduced native video housing in 2017.

And video is becoming an increasingly significant part of how our users interact. Video posts have doubled since last year, and streaming video in particular is a really vibrant way for us to meet our commitment to users. So Dubsmash will only continue to accelerate that.  It’s still in its early stages, we’re learning from each other and combining our cultures together. But I think their tools, platform and technology are going to bring a lot to the table for our video capabilities.

What are Reddit’s plans for RPAN? Will this become a more fleshed out feature in the future, and could it be an ad supported format?

So what we’re trying to do is create these short form video platform tools and creation tools, and then let users figure out how they want to use those tools and what they want to create.

I think the growth we’ve seen in video will continue as our user base grows and the number of communities on Reddit grows. And I think especially during the pandemic, allowing strangers and people who don’t know each other at all to hang out and participate in things like music, art and creativity, is really important.

Right now we don’t run ads on RPAN, and Dubsmash doesn’t house ads either, it’s an ad-free environment. At the moment we’re really building out the product. But we’re looking at the data, and we’re seeing really phenomenal data on consumption, so we’ll see.

One of the unique things about Reddit is that users can directly interact with, and comment on, ads. Do some brands find that intimidating? How can brands use it to their advantage?

If you’re a brand that has a passionate community, we believe Reddit is the best place to advertise on. So even though we allow brands to turn off comments on their ads, Reddit is one of the few places consumers actually look for brands to contribute positively and provide real value.

Our statistics back that up. Sixty-nine percent of Reddit users say they respect when brands make an effort to participate, which I think is amazing. Sixty percent say they’re more likely to trust a brand which participates on Reddit and 66 percent say they have conversations with brands on Reddit which they can’t have elsewhere. So we think that functionality is really special.

But ultimately brands have to understand how to engage with users. I like to say that advertising on Reddit is a bit like walking into a dinner party. You don’t walk into a crowded room and start yelling! You have to understand the conversations that are already happening, get to know your audience and learn about their interests. Then you can find a way to connect with them and engage with them, and jump into a conversation that’s both relevant and authentic. And then make sure you stick around, because back and forth engagement is really important too.

What sorts of user behaviour changes did Reddit see during the pandemic, and do you expect these changes to be permanent?

It’s been really interesting, online communities really proved their worth in a totally different and unique way in 2020, as people came to Reddit for connection, information and distraction in a time when we’ve all been separated physically.

Communities on Reddit were able to provide valuable information in times of uncertainty, for example via the /r/coronavirus page. And they’re also quick to respond to people’s needs and able to provide positive emotional support via digital interaction, which we’ve seen more and more of on Reddit this year.

At the start of the pandemic, a lot of behaviour was about first and foremost about information gathering, as people were worried from a health and financial perspective. And since then we’ve seen people come to Reddit for connection and distraction, through subreddits like /r/filmschool and /r/television. And most recently, they’ve come to Reddit for creative pursuits. So where people are stuck and home and getting into things like sourdough bread making, they’re visiting pages like /r/sourdough.

I think we’ve seen long-term behaviour changes. We’ve seen a tonne more people tuning into RPAN. And there you’re seeing really interesting interaction, where a user might be playing music, and other people will hop on, hang around for a bit and then leave. And this idea of hanging out in virtual communities has become more and more important during the pandemic, when these communities can’t exist in the physical world.

Obviously a lot of the major topics of discussion last year were quite sensitive, which can be a concern for advertisers. How does Reddit handle brand safety?

Brand safety is something we take extremely seriously. Our mission, again, is to help everyone find communities and belonging online, that’s our North Star. So as we work to make the platform more welcoming to a broader and more diverse range of users and advertisers, that’s really, really critical.

We have a dynamic, elaborate layered approach to suitability and moderation that includes tools, systems, and our own teams and external teams to ensure that brands’ ads are run in safe and relevant environments.

So ads only appear in communities which are in our hand-curated allow list. And advertisers always have the choice of enabling comments or turning comments off on their specific ad. We’ve also built specific engagement rules for promoted posts that enabled constant moderation, which our teams help with. And we offer negative keyword targeting to avoid adjacencies to languages brands deem unsuitable.

What sorts of audiences are found on Reddit nowadays, and is that reality aligned with buyers’ perceptions?

So globally speaking, our user base is growing really aggressively. We have 52 million daily active active users, which is up 44 percent in the last year. And we now have over 100,000 communities on the platform.

The UK is our second largest audience after the US. And our UK users skew young: 69 percent are between 18-34 years old, 23 percent are between 35 and 49, and 13 percent are between 45 and 65. And our gender split is about 58 percent male, 42 percent female. And what we’re finding is that’s really attractive for both users and audiences but also for advertisers. And that will obviously change over time as we create more content that might be relevant for a user that’s not on our platform today, but might be on tomorrow.

How do you attract new types of users when content is generated and surfaced by Reddit’s own users?

So while our content is user-surfaced, that process happens through AI-enabled algorithms. So we can use that algorithm when we have a concerted effort to promote specific kinds of content.

As an example, we’ve been really aggressive in promoting our skincare, beauty, fashion and female lifestyle categories. So we’re incubating content and then bringing that to new users who might not have otherwise been subscribed to those subreddits. By doing that, those new users are then more likely to post content on those categories, so it creates this flywheel that builds out organically.

With more than 100,000 communities on Reddit, there’s something there for everyone, it’s not just young, tech-savvy males. And what we try to do is push the right content to users if they’re not finding it organically.