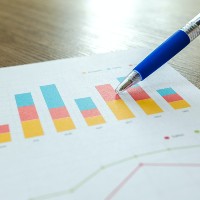 In two year’s time, various privacy-focused initiatives and regulations will have left the digital advertising landscape looking very different from how it does today.

Third-party cookies will no longer be supported in Google’s Chrome browser, Apple’s IDFA advertising identifier will likely be blocked on a lot more devices, and the California Privacy Rights Act will have just come into force, placing new restrictions on data collection in the USA.

Despite these fundamental changes to how digital advertising works, there’s disagreement from the buy-side around whether media plans will actually look particularly different after the dust is settled.

For a start, it’s tough to make predictions given that we don’t yet know how digital advertising’s tool set will look further down the line. Google’s announcement this week that its FLoC API works as an effective replacement for third-party cookies gives us a hint at how interest targeting might work. But there are still questions around how things like measurement and attribution will operate in a privacy-first world.

“Whether media plans will change or not will heavily depend on what’s available and what’s not available in two years time,” said Yu-Hsuan Lin, programmatic lead at digital consultancy Singulier. “People still aren’t clear about what we’ll see out of the Privacy Sandbox.”

NVF Roadmap 2021
Setting the Agenda for the Year Ahead in CTV Advertising
February 11, 2021
Reserve Your Place Today

“There’s a lot of discussion right now, and people know that something big is coming. But people aren’t really changing how they’re doing things right now, because there are still a lot of unknowns,” he added.

Patrick Zinga, digital strategy and planning lead at Starcom, says he has seen some brands changing their media plans already, in preparation for the post-cookie world. But Zinga says it’s too early to be doing so – like Lin, he believes the media plans of the future will depend on the identity and tracking tools we have available.

Another win for the walled gardens?

For these companies, who are running cookie-free digital campaigns without a working alternative to the third-party cookie, Zinga sees more spend flowing into the walled gardens.

“Some companies are now thinking about doing cookieless campaigns for the rest of the year, but I think they’re jumping the gun a little bit,” he said. “For now, running cookieless campaigns means putting more money into social, more money into the Googles and Amazons of the world, because those are the channels which have tools built out that work well as things currently stand from an identity perspective.”

And Singulier’s Lin believes that in the long run, the walled gardens are likely to benefit. “I think things will become more extreme, and that Google, Facebook and the other walled gardens will get a bigger share of digital budgets.”

But Lin believes this budget will be taken primarily from long-tail publishers. “I think publishers and sites who have a lot of first-party data and login data will retain their ad spend,” he said. “Or they might even grow. Because with cookies, you don’t need to buy from the Financial Times to find Financial Times readers. But without cookies, reputable publishers who have first-party data will become much more valuable.”

Kashif Dalvi, digital and technology strategy director at Total Media, agrees that walled gardens might benefit in some cases. But he also sees some brands taking the opportunity to divert money away from the tech giants.

“I think we’ll see a split – you’ll see some brands putting all their spend into the social platforms, and you’ll see others pulling out completely, and looking at new ways of reaching their audience, through first party data and cross-platform solutions,” said Dalvi. “If a brand right now is reliant on social platforms for finding customers, they’re going to spend even more on those platforms. Otherwise I think brands will pull out completely.”

Dalvi says that the whole conversation around privacy is giving brands and agencies a chance to completely rethink their media plans – hence why he believes some might choose to move away from social media.

“We’re trying to use this as a bit of a reset for clients. Soon we’ll see users getting big popups on their iOS devices which talks about advertisers tracking their activity, so consumers are going to be thinking more about what they’re data means to them,” he said.

“So we’re encouraging clients to think about how they’re using digital advertising, and how granular they’re getting with their targeting. And we’re asking whether we might want to go back to more traditional methods of advertising like TV and out-of-home,” he said.

Dalvi says Total Media will encourage clients to spend more on CTV inventory. “On those services you get granular levels of targeting, but without investing in datasets which you know are going to be quite unreliable,” he said. “So we expect that to grow massively.” Dalvi expects this increased spend on CTV will be drawn from other digital channels, with budgets shifting from online video to OTT services.

Singulier’s Lin agrees that CTV spend will grow in the coming years, but is sceptical whether this growth will be driven by privacy initiatives.

“Will people spend more on CTV because cookie changes make digital advertising on the web less effective? That’s not a conversation I’ve really seen happening,” he said. “Historically speaking, when programmatic trading was new, we didn’t see people deciding to spend less on TV because digital had become more effective. So I don’t think we’ll see the reverse of that now.”

A complete rethink, or business as usual?

While the makeup of individual media plans in the post-privacy world will depend on the brand and it’s specific objectives, Total Media’s Kashif Dalvi thinks we’ll see an overall shift in how buyers think about media spend.

“We expect brands to start taking the focus away from specific media channels and owners, and instead looking at people’s behaviours, emotions and traits to think about where they actually are,” he said. “So the contextual piece, the emotional piece, time of day – all of those things will become much more important. And we’ll encourage clients to think about their budgets in that way, rather than deciding they want to target X individual at Y time on Facebook, which you’re not really going to be able to do anymore.”

But Starcom’s Patrick Zinga suspects media plans might hardly change at all.

“I’m a bit of an optimist when it comes to all these things,” he said. “So I think we will see a solution to replace cookies in two years time which means we won’t see much change.”

“I think we’re bigging these changes up to be much larger than they actually are,” said Zinga. “And in two or three years time when we’re talking about media plans, we’ll still be talking about measurement. We’ll still be looking at martech solutions to help us track users from phone to desktop. We’ll still be looking at identity, and I think most media agencies are building their own internal solutions which will be more fleshed out in the next couple of years.”

Even if privacy-safe targeting and measurement solutions aren’t quite as effective as cookies and Apple’s IDFA identifier, Zinga says this doesn’t necessarily mean we’ll see wholesale changes to media plans.

“We label digital as the most measurable media, where we can tell you who has seen your ad, and how long they’ve seen your ad for,” he said. “When in actual fact, all we’re able to do is look at a few data points and make assumptions. An impression for example isn’t the same as a view – just because my ad was on your screen for four or five seconds, doesn’t mean you’ve seen it.”