No One Identity Solution is Going to Fix Everything

No One Identity Solution is Going to Fix Everything 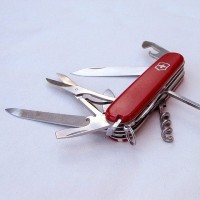 Google’s announcement that it is killing off third-party cookies in its Chrome browser shot identity right to the top of the advertising industry’s agenda at the start of the year. And now, ten months on, many in the industry still feel we’re not really any closer to understanding how to properly replace third-party cookies for things like behavioural targeting and frequency capping.

Our roundtable session on the “The Future of Identity” at New Video Frontiers 2020 saw frank discussions around how buyers, sellers, and ad tech vendors are preparing for the change. We heard concerns about how prepared the industry really is, and how fit-for-purpose some of the identity solutions are. But there was also a fair amount of optimism around the potential for premium broadcasters and publishers to invest in first-party data, and to emerge stronger on the other side.

Here’s what we learned from this year’s roundtables (with names removed to preserve anonymity).

We’re No Closer to a Standardised Identity Solution

Looking at the state of play with identity solutions designed for the post-third party cookie world, we started by gauging how the media owners in the room currently target their audiences, and how much they’ll be disrupted by the loss of the cookie.

We saw a range of answers from across the room.

A few publishers and broadcasters said that they’re currently not particularly reliant on cookies, working mostly with authenticated traffic and strong first-party data sets – though one of these publishers did add that they would see an impact on their open marketplace sales.

One publisher said they will definitely see an impact from the death of third-party cookies. “But on the flipside, we do definitely see an opportunity to take ownership of our audience relationship and build up our first-party data capabilities,” they said.

And this sentiment was echoed among others who said they would be affected, with most saying they are investing more heavily in building direct relationships with their audiences and fleshing out their first-party data capabilities.

When we asked about attitudes towards the various identity solutions available on the market, we saw a mix of attitudes.

Several people mentioned that sell-side first-party data management tools, which help publishers and broadcasters organise their data and make it useful for advertising, are proving their value at the moment. And some said the data matching solutions, which match publishers’ and advertisers’ data without actually passing any data between the two, look promising as privacy-compliant solutions.

However, some publishers and agencies said they’re still waiting to see which of these solutions others in the industry flock to, and were optimistic that they’d play a role in helping them navigate some of the challenges thrown up by the death of third-party cookies.

And one media owner said they believe these ID vendors are grasping at straws, and ignoring the reality that some things will have to change with the death of third-party cookies. They said they think the industry should instead cut its losses and move on, rather than effectively trying to rebuild third-party cookies using a different technical infrastructure.

And several people noted the risk that any ID solutions which enable the same practices that consumers don’t like, such as invasive tracking across the web, might find themselves blocked by browsers or regulators in the future too.

Finally, one consultant noted that there is still a lot of uncertainty within the industry about the differences between all the different identity vendors, and that many still speak about a lot of them interchangeably. “I think that suggests that there’s no one solution that’s going to fix everything, but you’re going to need to work together with quite a few of these vendors to keep effectively targeting audiences,” they said.

The Promise of First Party Data

Looking to the future, we asked attendees how they expect identity to evolve over the next few years. And as we’re seeing broadcasters build out their first-party data solutions, we asked whether typical TV and video advertisers themselves will have enough first-party data to bring to the table to make those propositions commercially interesting to sellers.

Most agreed that the picture varies from sector-to-sector. The direct-to-consumer (D2C) brands, who have increasingly turned to TV to find audiences outside the social platforms over the past few years, by definition have strong data sets thanks to their direct relationships with customers.

But FMCG brands, for example, are likely to have a much harder time building out their first-party data sets, if the businesses have not been built around direct relationships with consumers up until now.

And several people mentioned that it’s not just a case of owning first-party data – you have to know how to use it, and be able to apply it across your marketing channels (which will likely depend on the success of the various identity solutions).

Will we see a resurgence of contextual targeting as an alternative to behavioural targeting?

One broadcaster said that if they were starting a media business today, they would begin by building out their contextual targeting capabilities, and only layer on audience targeting once they had authenticated first-party data. And they highlighted that still today, despite the ability to bring first-party data into linear TV and connected TV, buyers value the simplicity and effectiveness of content targeting.

Others mentioned that contextual targeting still has an unfair reputation among some in the industry, and that modern contextual solutions are much more sophisticated than they have been in the past. “It’s not just a case of putting a car ad on a show or video about cars,” said one consultant. “There are much more interesting things you can do to find your audience in content where you wouldn’t expect to see them.”

But others said that buyers’ behaviour does still prove that they place a lot of store in being able to target individuals. “At the end of the day, that’s why so many companies still spend so much with Facebook, and they’re still going to want to be able to do that after third-party cookies go away”.

One agency attendee mentioned that even when you’re using contextual targeting, cookies are still useful for things like frequency capping, and the industry will have to find ways to replace them for those use cases.

When it came to the question of who was likely to come out on top as we move to privacy compliance, perhaps unsurprisingly, many felt that the US tech giants would become even more powerful, thanks to their deep wells of first-party data. Some in the room though said that moves to rein in these companies, from regulators in both the US and Europe, could cut into the tech giants’ advantage.

And many said they believe there is a genuine opportunity for premium broadcasters and publishers, who will likely have most success in building direct relationships with audiences (and some of whom are already doing so effectively). The death of third-party cookies may make it harder for these publishers and broadcasters’ audiences to be found in cheaper, long tail sites, funnelling more ad spend back towards these premium sellers.