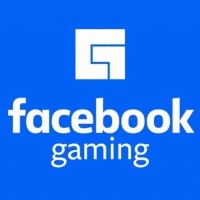 Facebook today announced it is launching beta testing for cloud-streamed games on its video game hub Facebook Gaming. The move will allow Facebook to run much more complex games within its Android app and on browsers. And Jason Rubin, VP of Play at Facebook, said the move could lead to a future where premium AAA games are playable within Facebook’s app and website.

Facebook already lets users play games within its web and app properties. But so far these games are all made with HTML5, meaning the games are run on the user’s device. This means these games are quite simple, to make sure they’re playable on weaker mobile phones and tablets.

With cloud gaming, the games themselves are run on remote servers, and the video and audio feedback is streamed to players’ devices. This means large and graphically complex games can be played on basic devices.

Facebook has announced a number of games arriving on its platform for beta testers over the next week: Asphalt 9: Legends by Gameloft; Mobile Legends: Adventure by Moonton; PGA TOUR Golf Shootout by Concrete Software, Inc.; Solitaire: Arthur’s Tale by Qublix Games; and WWE SuperCard by 2K. And Jason Rubin says the social platform will introduce more resource-heavy games as it tests cloud gaming’s capabilities.

Rubin said to start with, Facebook will focus on supporting free-to-play games, the likes of which would otherwise be available from mobile app stores.

But theoretically, Facebook’s support of cloud gaming could lead to a future where premium, AAA titles are playable on Facebook’s platform. Rubin hinted at this possibility, saying that “in the future, our systems and infrastructure will improve to deliver more types of games — possibly all types of games.”

This would tie in neatly with Facebook’s investment in video game live streaming, which was bolstered when Microsoft-owned streaming platform Mixer shuttered earlier this year. Facebook agreed a deal to move Mixer’s streamers to its own live streaming product, which has helped Facebook become the third most popular live streaming business in the West, according to research company Streamlabs. If Facebook does start supporting AAA games, users would be able to watch those games being streamed on Facebook and then immediately jump onto that same game, all within Facebook’s platform.

But Rubin emphasised that if this does happen, it’s some way off. “Cloud game streaming for the masses still has a way to go, and it’s important to embrace both the advantages and the reality of the technology rather than try to oversell where it’ll be in the future,” he said.

And he added that he doesn’t think cloud gaming will replace PC and console gaming any time soon. “We love console and PC gaming and both formats will be around for a long time. We believe cloud gaming will increase — not replace — the options to jump into great games,” he said. “We’re not trying to replace your phone either. We think you’ll find that there are times when jumping quickly into a cloud game is a better option, and sometimes it’s not.”