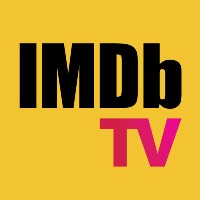 IMDb TV, Amazon’s free ad-supported streaming service, is set to expand to the UK market. Amazon has not yet officially announced the expansion, but job listings show IMDb TV is recruiting for several roles in the UK. This includes a ‘Head of IMDb TV UK’, who will be tasked with launching and building the UK version of the service.

The job listing seen by VAN says the UK product will build on the US version’s strategy. The UK team will work with the US team to drive scale in marketing, content acquisition, and ad sales. This would strengthen IMDb TV’s ad proposition, giving marketers the ability to buy campaigns which span the UK and US.

The ad doesn’t specify when the UK version is set to launch, but it will likely be a little way down the line as the listing was only posted two days ago.

IMDb TV has been slowly gaining traction since it launched in January last year (initially branded as ‘Freedive’). Amazon hasn’t released stats on how many users are watching content on IMDb. But the ecommerce giant has been investing heavily to build the service’s library of content. Research from Ampere Analysis released yesterday found that IMDb TV has the fifth largest catalogue of all US streaming services, placing it ahead of Roku, Disney+ and HBO Max.

And over the past year, IMDb TV has begun commissioning original content. The service’s first original drama series, based on the ‘Alex Rider‘ series of novels, is set to air in the US this November.

It’s hard to judge the impact IMDb TV will have in the UK market, especially given the lack of data on its popularity in the US. But Ampere said its recent findings suggest that consumer appetite for ad-supported video on-demand (AVOD) platforms is growing. And last year Dan Larden, managing partner of product and partnerships for Infectious Media, predicted that IMDb TV’s launching in the UK could help propel AVOD firmly into the mainstream.