UK Media Minister Says Channel 4 Could be Sold Off

UK Media Minister Says Channel 4 Could be Sold Off 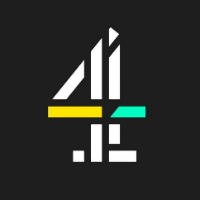 The UK’s minister for media and data John Whittingdale this week said that the government could look to sell off Channel 4 as its financial model has come under considerable strain.

Speaking at the Conservative party conference this week, Whittingdale questioned the need for the UK to have a second publicly-funded broadcaster alongside the BBC. “We do need to think about Channel 4 and whether there is still a need for a second publicly owned public service broadcaster, or what function it should fulfil. And that is something we are giving a lot of thought to,” he told the conference.

The current Conservative government has already been questioning the role and structure of the BBC, and is considering scrapping the license fee which funds it.

But unlike the BBC, Channel 4 is largely ad-funded. And Channel 4 has its own public service remit, which includes reflecting the cultural diversity of the UK, championing alternative points of view, and stimulating public debate on contemporary issues. It’s noteworthy that Channel 4 tends to lean to the left, particularly in its news coverage, and would be regarded as being out-of-step with the current government’s political agenda.

Whittingdale said questions are being raised within the Conservative party as Channel 4’s ad revenues have come under pressure. “With the advent of the streamers and other competing services that model is under considerable strain,” he said.

Since it’s not a publicly owned company, Channel 4 doesn’t issue quarterly financial statements, and hasn’t released an annual financial update since 2018. But there were signs of trouble in that most recent report. Total revenues were up slightly in 2018, at £975 million compared to £960 million in 2017. But TV advertising and sponsorship revenues were down from £798m in 2017 to £791 million in 2018.

And like most ad-funded businesses, Channel 4 was hit hard by the pandemic. The broadcaster announced back in June that it planned to cut its content budget by £150 million, as ad revenues dropped by around 50 percent.