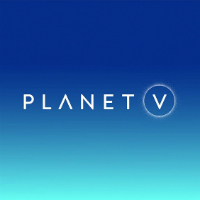 Planet V has been a long time coming. The broadcaster initially announced plans to build an addressable advertising platform back in 2017, with video ad tech specialist Sorenson Media signed up to build the technology. Those plans fell through as Sorenson fell on hard times. Then in April last year, ITV announced a new partnership with Amobee, and Planet V was unveiled last November.

Since then, ITV and Amobee have been building out and testing the product. Prior to its full launch Planet V has operated as a concierge service, run by ITV’s own ad ops team. The broadcaster says during this trial period, Planet V has delivered nearly 500 million impressions on ITV Hub.

From today, Planet V will run as a wholly self-service solution, meaning advertisers and agencies will be able to plan and execute campaigns without working through ITV’s ad ops team. But agencies’ and advertisers’ direct relationships with ITV will still be important. Rhys McLachlan, ITV’s director of advanced advertising, told VAN earlier this year that there will be different permissions and different configurations of the platform depending on which agency group is using it, and their relationship with ITV.

And while Planet V is a programmatic platform, there won’t be any auction-based mechanics involved. Pricing will be either pre-configured or dynamic based on the permissions and relationships with the agency involved.

Advertisers using Planet V will be able to use a variety of targeting options, powered by ITV’s first-party dataset, to suit their campaign objectives. These include extending the reach of linear campaigns, alignment with ITV programme content, and refining audiences to suit a campaign’s creative execution or target market.

“ITV has a progressive vision and, with the launch of Planet V, is making a bold statement to the market about how major content owners with unique data should operate,” said Ryan Jamboretz, chief development officer at Amobee. “Planet V represents the cutting edge in advertising solutions – one where brands and agencies can easily discover and reach their audiences by unifying their TV and digital strategies to better drive more meaningful business results.”

More inventory and addressable linear on the horizon

One of ITV’s first priorities will be adding inventory from other broadcasters and premium video publishers. ITV’s McLachlan told VAN earlier this year there is “genuinely and sincerely a pillar of altruism in what we’re doing with Planet V. It’s a technology that is being built for and by the television industry.” And while other broadcasters may be wary of losing control of sovereignty, McLachlan highlighted that the basic tech layer provided by Amobee is already used by a variety of broadcasters in the US, APAC and Canada.

And a little further down the line, ITV will look to add the ability to target ads on traditional linear TV. McLachlan said that Planet V will over time become the enabler for all of ITV’s advanced advertising work streams. “That includes conventional linear addressable across all platforms, as well as in the nearer term simulcast linear addressable solutions,” he said.