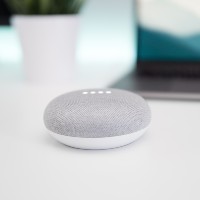 Voice tech business Say It Now has partnered with audio advertising exchange DAX to enable audio ads which prompt charitable donations via smart speakers. Say It Now says the feature is designed to help give the charity sector a boost as donations have somewhat dried up during the pandemic.

The solution will allow charities to run ads targeted at listeners who are using devices with voice assistants built-in. The ads give listeners instructions on how to donate directly via their smart speakers, or how to find out more information about the charity. Donations can be made using voice commands, assuming the smart speaker is linked to a payment service.

Charities running these audio ads can directly measure the impact of their ad spend, tracking where users have moved from an audio ad to a charity’s voice app.

NSPCC, RNIB, Crisis, Macmillan Cancer Support and Global’s Make Some Noise are the first charities to use the solution.

Say It Now says the aim is to give charities new ways of raising funds, with many having been affected by the pandemic. A study from Pro Bono Economics, a company which helps charities measure their impact and value, reports that thirty-one percent of charities say the single biggest issue they’re facing is how COVID-19 has affected their ability to raise money. And a separate study from PBE found the charity sector is facing a £10.1 billion funding gap over the next six months.

“Macmillan is funded almost entirely by public donations and we are facing the hardest year in our 109-year existence as we contend with an estimated income drop of a third, due to the coronavirus pandemic, at a time when people with cancer need us more than ever,” said Claire Rowney, executive director of fundraising, marketing and communications at Macmillan Cancer Support. “Say It Now’s innovative initiative will play a key role in providing existing and new supporters with another way to donate and every penny raised will help enable Macmillan to continue to provide the vital support that people with cancer rely on, now and in the future.”

Say It Now says its solution is well suited to the times, as smart speaker use has been growing at a rate of twelve percent each month during the pandemic. “The pandemic has accelerated existing trends, paving the way for voice technology which is versatile, contactless and increasingly part of daily life,” said Say It Now CEO and co-founder Charlie Cadbury. “The aim is to demonstrate that ‘voice giving’ is a viable donation channel both now and for the future.”