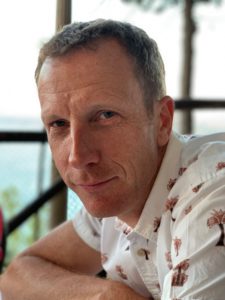 Then in November, ISBA, a UK-based trade group, announced Project Origin. Project Origin is designed to translate the WFA’s principles into a practical, privacy-safe solution.

Since November, Origin has been quickly moving through the gears, and is now starting to develop tools which it will roll out to the industry. Richard Halton, director of Project Origin, spoke with VAN about what Origin wants to achieve, why the tech giants have been keen to be involved, and how ISBA has kept all its stakeholders pulling in the same direction.

What has been happening with Origin since it was announced?

It’s one of those things that sounds quite simple conceptually. But it involves a huge number of stakeholders. You’ve got advertisers, and you need to know what they want to measure, how they want to measure it, and which metrics they want to see. And you’ve got publishers, who have a lot to gain. The more they can share data about the power of their platforms, the more attractive their proposition is. And then you’ve got the media agencies who will be plugging into the system.

So we’ve structured the programme into phases. In the first phase, which we launched last November, we’ve been talking with advertisers about what they want. And we’ve convened a group of advertisers and publishers to help shape the work, and to help decide how our system will be built, governed and funded. That took us through until around May.

The next phase involves working towards a technical solution for delivering these things. So we’re asking how we can make this work, and whether it’s credible. And then we’ll move on to proving the product works, so that will probably involve prototyping and piloting a tool.

How will Origin develop over time?

I suspect it will be one of those things which grows to maturity over time. We’re not going to build it and then one day light it up. We will have the prototype, and we’ll continue adding in more publishers and more advertisers, and plugging in more media agencies. And then at some point it will reach a critical mass.

It’s hard to judge quite how long that will take. A lot of the guts of the technology required to do this are already there. But it’s about fusing all these different things together – for example combining panel-based data with the sort of second-by-second, individual level data that some of the digital platforms have.

So making that fusion work, and auditing the data to make sure the outputs are high quality, is really important. The integrity of the data is everything.

Where will Origin fit into the ad tech supply chain? How would an agency or advertiser interact with it?

Different agencies have different products and tools that they use for assimilating data today. And we want to work with different types of agencies to look at how we might integrate with them.

From our perspective, we’ve got some options. It’s a greenfield site. So we could take the data and just give it to agencies to plug into their existing systems, which would mean we would just need to build an API. Or we build a really simple set of tools and dashboards to surface the data. That might be really valuable for smaller agencies and individual advertisers, because it  would give them access to Origin data without having to do any big systems integration work.

My guess is we’ll probably end up doing both. The big agencies will probably prefer to plug the data into their own systems.  But there might be others who want some sort of front end for it. And I think a cloud-based tool where you can slice and dice the data really quickly and easily would be really valuable.

You’ve said advertisers gave ISBA a long wish list of what they want from Origin – will you be able to cater to all of these wishes?

Advertisers have a long list of things they’d like to be included. So we’ve started by prioritising measurement of reach and frequency. There are other things we’d like to get into, like outcome measurement, and being able to track users. But that’s been pushed further down the line.

And we’re also moving forward in stages with the media we’re measuring. So we’re starting with video and then moving onto display.

The benefit of this approach is that if you know all the things you’d like to eventually solve for, you know what your technical infrastructure needs to look like. So for example, we know at some point we want to be able to measure outcomes, so we know we’ll need to have an approach to identity in the system, and that needs to be architected from day one.

How responsive have the tech platforms been?

One of the questions we get asked a lot is why are the tech platforms doing this? I think Google, Facebook and Amazon would each have their own reasons for wanting to be involved, but they’re united by a few things.

Firstly, they really believe in the quality of their media. So they’re happy to literally stand up and be counted, and I think that’s at the core of this.

Secondly, they want to demonstrate that they’re up for their media being put under an independent, audited measurement structure. They know that’s part of the story of their integrity.

There are plenty of stories out there about other aspects of how those companies operate. But they see this is a great opportunity to give advertisers what they want.

And in the process, I think they’ve enjoyed coming around the table to work together on this, probably more than they thought they would.

Broadcasters are still seen by some as lagging behind the digital platform on measurement and data, how responsive have they been?

These days broadcasters own some of the biggest digital video platforms out there. So the sort of hard distinction you sometimes hear people make between digital platforms and  broadcasters doesn’t really work.

A lot of broadcasters have already invested in this sort of area. And interestingly, it’s the broadcaster’s who’ve invested the most and are furthest ahead on data and measurement which have been most responsive.

In this country Sky are probably the most heavily invested, because of Adsmart and CFlight. And they were the quickest to engage. Having done so much work on data and measurement they know what they need, and they know the missing component is that full cross-media view which you can’t generate as a single platform.

Has the decline of third-party cookies had an impact on Origin?

Because Origin has to work with media and platforms where cookies aren’t available, it was conceived in a world where we knew that cookies were out of the picture.

What has the reception been like so far from advertisers?

The great thing about running a greenfield project like Origin is that you’re creating something where before there was nothing. So you get a lot of credit for that!

I think the industry appreciates that we’re bringing a lot of people along with us on the journey. So we seem to get a lot of credit for keeping momentum for the project, given the number of stakeholders involved.

And we’re fortunate with the team we’ve got. Phil [Smith, ISBA’s director general] is leading us, and he’s very plugged into both the advertiser group and the sell-side. And he’s made Origin one of his priorities. And my background at Youview, for what it’s worth, has involved corralling companies that would normally compete with each other to work together, in my case to build a TV platform.