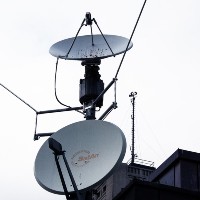 When US telco AT&T bought ad tech business AppNexus for over $1 billion and media giant WarnerMedia for a $85 billion in 2018, it felt very much like a major statement of intent in the media and advertising world. The promise of combining a media giant with some of the industry’s best ad tech and of course telco data, seemed likely to evolve into a compelling proposition for advertisers.

But just two years later, reports have surfaced that AT&T may offload Xandr (the advanced advertising unit it created out of AppNexus). The Wall Street Journal claims Xandr hasn’t generated the sort of revenue growth which AT&T’s owners had hoped for.

AT&T is not the first telco to struggle with ad tech. Fellow US telco Verizon has invested heavily in ad tech and media properties. But in 2018, it wrote down the value of its media business by $4.6 billion, having paid $9.5 billion to build it. And in the same year Weve, an ambitious data initiative launched in the UK by mobile operators O2, Vodafone and EE, stopped serving ads. Another telco, Altice, acquired Teads, an outstream video specialist company, for €285 million in 2017, which they are reportedly trying to sell after failing to make the acquisition work.

But despite the struggles, there still seems to be pockets of hope for the telco ad tech dream – the promise of matching media with telco data. Earlier this year Zeotap, a German tech company which helps telcos use their data for advertising, raised $42 million in series C funding, which was no small feat in the current environment.

But is there still hope for telcos to become significant players in ad tech? And might they even be capable of competing with the likes of Google and Facebook?

In many ways, telcos fit comfortably into the ad tech ecosystem. As the gatekeepers of the internet, you could say they provide the pipes that enable the tech giants to make their billions from advertising. But as things stand, they themselves don’t get a cut of this revenue. If anything, their margins are squeezed as consumers expect them to provide faster and better access to these services.

And through their direct relationships with their customers, telcos have access to a wealth of valuable consumer data. Daniel Heer, founder and CEO Zeotap, says that in Europe and India, customers usually have to submit a government ID when registering with a telco. And this provides a lot of the basic demographic data which advertisers value highly.

But Nigel Clarkson, who was previously the managing director of Weve, says there are a few stumbling blocks telcos tend to trip up on.

Firstly, privacy concerns tend to make telcos cautious about monetising their subscriber data. Telcos live and die by their relationships with their customers, and so they are cautious of anything which might harm that relationship.

“Consumer data privacy is probably the number one concern for telcos above everything else,” said Clarkson. “Nobody wants to be on the front page of a newspaper in a story about how they’re selling your data.”

And this data conservatism doesn’t gel well with ad tech. “It all boils down to the fact that ad tech in general relies on portability of data,” said Clarkson. “It relies on everybody to be able to freely track and follow consumers around the web. The problem is that telcos rely on complete non-portability of their data. They sit on the most incredible assets but generally don’t want to share them.”

Telcos might be less cautious if presented with a big enough incentive. But the problem is that it takes a lot of time and effort to build a significant advertising business. And the telcos with the most subscriber data, which would be best placed to make a success of advertising, are already huge, sprawling businesses in their own right.

“For companies where advertising isn’t a major revenue stream, it’s always really difficult,” said Clarkson. “For Weve, the revenues that were coming through the telcos involved were in the billions. And when you’re a company that size that doesn’t specialise in advertising, it’s hard to make enough money from advertising for it to appear as more than just a rounding error on your accounts.”

This seems to be what’s happened with Xandr. The problem isn’t that the business isn’t working. Xandr brought in around $2 billion in revenues last year. But it hasn’t grown large enough to become an essential part of AT&T’s business. And as AT&T is looking to relieve some of its debts, Xandr is seen as expendable.

“For companies which aren’t focussed on advertising, when times are hard and margins are thin, you get rid of things which aren’t core to your business,” said Clarkson.

Telcos in a privacy-first world

As browsers and regulators impose greater privacy protections and tighter data restrictions on ad tech, some telcos might become even more wary of monetising their data.

But in some ways, the moves towards a more privacy-compliant future might provide the telcos with an advantage. As the advertising industry becomes more conservative around the use of data, first-party data – where the owner of the data has direct relationship with the consumer – is becoming increasingly valuable. And the telcos have first party data in spades.

Companies like Zeotap and Novatiq provide tools which they say allow telcos to monetise their data while still complying with tight privacy regulations.

Tanya Field, co-founder and chief product officer of Novatiq, said that telcos should play into their trusted customer relationships when moving into the ad tech space.

“You often see telcos taking a hands off approach, either not playing in this space or acquiring a company that’s already in the space, rather than doing it themselves,” said Field. “But I would turn it around and say they have a trusted relationship with their customers, and that they could use that relationship to deliver a service which customers can trust.”

“When you outsource these services or buy an existing company to deliver them, like AT&T did with Xandr, you’ve then got the problem of figuring out how you can adequately deliver data while protecting trust,” she said. “Because in those cases you’re essentially exporting it out to a third-party, even if you’ve acquired them.”

Field believes that telcos instead should use their existing infrastructure, which they already have in place and is trusted by consumers, to power their ad tech efforts.

And both Field and Clarkson pointed out that telcos already use consumer data for a variety of uses. So this suggests consumers aren’t completely averse to operators monetising their subscriber data.

“Mobile businesses are already in the data space, it’s just the media data space where they start hitting our press’ radars,” said Clarkson. “A lot of telco data goes into things like town planning, into helping shops figure out catchment areas, and things like that. And in outdoor advertising, every media owner has a system in place which is powered by mobile data.”