SMEs Are Experimenting with In-House Video Production during Lockdown

SMEs Are Experimenting with In-House Video Production during Lockdown 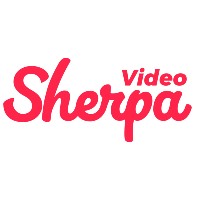 With social media platforms giving brands a more constant connection with their audiences and consumers spending more and more time with video online, even SMEs want to be able to churn out video for content marketing purposes on a regular basis. “Gone are the days where companies might put out one video a year, now people need content all the time,” said Anna Downes, co-founder and CEO of Irish video production software company Video Sherpa.

But bringing in a production company to do this is prohibitively expensive for many. As a result some have been experimenting with producing content in-house says Downes. And the pandemic has accelerated this trend.

Partly this has been due to necessity. Lockdown restrictions have made it difficult to work with third-party production companies to produce content. So businesses which have wanted to carry on producing video content have had to do it themselves.

And some have also been pushed into content creation for the first time. Retailers for example have been forced to quickly adapt to e-commerce. And with customers no longer able to go in store to see and hear more about products, Downes says retailers have used video as an alternative way to give consumers an in-depth look at their wares.

Downes says Video Sherpa’s tools are designed to facilitate businesses moving into in-house production. And while its products are not pitched exclusively towards SMEs, it is designed to enable even very small companies with little or no experience in video production to start making video content.

The company’s product uses mobile phones to shoot footage. Customers are given a media kit which includes a microphone, phone connectors, and a gimbal (a support to hold and stabilize the phone, which can be programmed to tilt and pivot the phone to provide different shots).

“Usually when a company starts filming a piece of content, they’re not sure exactly what they need,” said Downes. “Often they end up shooting way too much footage, which means they end up with tonnes of footage that they never needed in the first place. And it can end up being very bland, and it doesn’t actually tell the story the company is trying to tell.”

Video Sherpa’s app tries to solve this problem by telling users how much footage to shoot, and suggesting the right mix of shots for a given video.

“If you want to produce a two minute video and you’re making it for YouTube, the algorithm in the app tells you how many clips you’ll need for that, and tells you the right mix of close-ups, wide shots and mid-shots,” said Downes. “And it’s that mix of footage which will make the video look professional, rather than shooting the whole thing from seven or eight feet away. Which is what most people do without any guidance!”

The company also provides editing software for desktop, again designed to simplify the editing process, and to handle uploading the content to various social platforms. And the software keeps individual clips within a database for future use, meaning users essentially build up a portfolio of in-house produced b-roll. This saves companies from shooting similar clips multiple times, or paying for stock footage.

Downes says that SMEs in particular tend to require more support and hand holding through the whole process.

“There’s always a learning curve of course, but we provide a more gentle introduction to video production”, said Downes. “It’s a lot less daunting and less of a big investment than buying a set of DSLR camera, lights, backdrops, and Final Cut Pro editing suites, all of that sort of thing”.

Video Sherpa provides training to help businesses understand both some of the technicalities of film-making, and to help guide them in the types of content they should be making in the first place.

“We might talk with a hotel for example which wants to shoot some footage, but they’re just thinking of shooting clips of the rooms and the bar and the spar,” said Downes. “We’ll tell them they need to be looking behind the scenes – they could talk to the chefs and the sommelier, and all the people who make the hotel work. Perhaps there’s a doorman who has been there for twenty years who has some really great stories. Those are the kinds of things that can bring a business’ story to life and make really good content. But they might not think of making that sort of content straight away, so we help them with that brainstorming.”

Video Sherpa works with agencies as well as brands, and Downes says the company is building out tools to cater specifically to agency clients and their needs.

But she expects too that she’ll see more brands of all sizes experimenting with creating video content in-house.

“We’ve already seen so many companies starting to run their own ad campaigns online through the social platforms, and now they’re getting braver and braver about bringing video production in-house as well,” she said.

Most of Video Sherpa’s clients use the tools for content, rather than paid advertising. But Downes said some do use the product for paid ad campaigns too

For example tourism companies (at least prior to the pandemic) have used Video Sherpa’s tools to create a wide range of ads with slightly different messages, which can be tailored to niche audiences and used in paid campaigns.

While obviously not a substitute for a creative agency and production studio, Video Sherpa’s tools could at least give brands a cheap way to trial simple, in-house produced video campaigns on the social platforms.