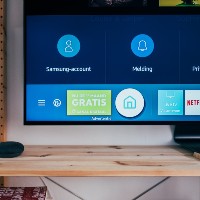 The French government is gearing up to finally repeal laws which have prohibited addressable TV advertising. And French broadcasters, who have been pushing for the change for years, are ready to capitalise.

“The rule has been in place since 1993, stating that every French household must receive the same signal when watching live linear TV, and this has included advertising,” said Sébastien Robin, an OTT advertising consultant. “But now that’s changing to allow household and geo-based targeting on linear TV”.

The change comes as part of a wider effort from the French government to modernise regulation of TV broadcasters. French broadcasters currently have to comply with a number of somewhat archaic laws. For example, national broadcasters can’t show movies during prime time on Wednesdays, Fridays or Saturdays. And they’re not allowed to run ads for books, films or the distribution sector.

The government announced in June that it will publish a new decree this month which relaxes these rules, though not all will be removed. Distribution companies for example will still not be allowed to advertise on TV, and there will be quotas on the number of film trailers which broadcasters can show.

Gérald Sauvageon, VP of ad sales at Smart Adserver, said the change to addressable advertising has been a long time coming. “The government has been talking about this for two years, but it’s been pushed back a few times, and the COVID-19 pandemic has delayed it this year too”.

Sauvageon said the laws have left national governments on unequal footing with other distributors of video content, including the US tech giants. “National broadcasters aren’t on the same terms as Google or Facebook for example,” he said. “If you watch YouTube on a connected TV set, they can show you targeted ads. But the broadcasters haven’t been allowed to do this.”

While they’ve been pressuring the government to update regulation, broadcasters have been making sure they’re actually ready to run addressable campaigns once the law changes. CANAL+, for example, began trialling addressable advertising on linear TV via a partnership with Orange back in 2018. Around the same time, France Télévisions ran a similar test with TDF, a French provider of TV transmission services.

Some have also tried finding workarounds for the regulations. M6 have run addressable ‘L-frame’ ads, whereby display ads are placed next to TV content via an L-shaped frame.

But Virginie Dremeaux, ex-digital marketing director at CANAL+ and executive director, product and sales marketing international at video ad tech company FreeWheel, said full ad-replacement will bring far greater benefits. “The ability to selectively target ads to different segments within the same TV show is extremely valuable to advertisers, enabling them to achieve cost efficiencies and access hard to reach audiences,” she said. “Advertisers not used to communicating through TV – because they are looking for more niche audiences – will also be able to take advantage of this powerful channel.”

Dremeaux said that thanks to the trials that broadcasters have already run, the French TV industry is “ready to move from the innovation phase to the early adoption phase”. This means it won’t be long at all until French broadcasters start offering addressable campaigns to advertisers.

Sauvageon said he expects that by September, broadcasters will have begun running limited addressable campaigns, running just one addressable ad slot in each ad break, and avoiding prime time. This will then ramp up over time as advertiser demand increases. CANAL+ says it expects its addressable solution to go live in Q4 this year. And just today, France Télévisions announced a new partnership with Orange to run addressable ads, which the two say will start rolling out gradually once the decree is published.

But while broadcasters welcome the long-waited changes to regulation, some say the changes don’t go far enough.

The Syndicat National de la Publicité Télévisée (SNPTV), a trade group representing all the major broadcaster sales houses in France, lists a number of complaints about the draft version of the decree.

The group says that rulings by the CNIL, France’s data regulator, will place strict rules on consent for targeted advertising on TV sets, limiting its reach in cases where consumers don’t opt in.

The SNPTV also took issue with the quota imposed on film trailers in TV ad breaks, saying this leaves broadcasters on unequal footing with digital players. And the group says the relaxation of rules on product placement will harm broadcasters, by allowing brands to advertise directly on TV programmes and live sports, weakening the economic model for broadcasters.

But Dremeaux said that the changes are at least a big step in the right direction. “This announcement is a positive change for the French market as it’ll allow TV broadcasters to stand on an equal footing with digital actors in terms of advertising enablement.” she said.