Are the Chinese Tech Giants’ Western Ambitions Dead in the Water?

Are the Chinese Tech Giants’ Western Ambitions Dead in the Water? 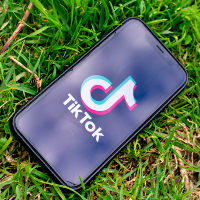 TikTok, the viral video sharing app owned by Chinese tech giant ByteDance, has seen a remarkably swift rise over the past few years. In the first quarter of this year TikTok was downloaded 315 million times from the App Store and Google Play, the best quarter for any app ever, according to Sensor Tower.

But the company’s spectacular rise might be followed by an even steeper decline. US Secretary of State Mike Pompeo said two weeks ago that the US is “certainly looking at” banning Chinese social media apps like TikTok over security and data collection concerns. And in the UK, senior Tory MPs including former party leader Iain Duncan Smith this weekend called for TikTok to be banned in the UK.

TikTok isn’t the only Chinese company causing alarm in London and Washington. The US and UK have already banned Chinese tech company Huawei from their 5G infrastructure, due to fears Huawei’s involvement could compromise national security. India went even further, banning a total of 59 Chinese apps, including TikTok, WeChat and Helo on national security grounds.

These moves come as many of the Chinese tech giants, including Tencent, Baidu, and Alibaba, have begun laying foundations in Europe and the US, partnering with Western media companies and striking deals with advertising agencies.

And TikTok’s success looked like it might be the start of a new era, where Chinese social media companies gained more meaningful traction in Western markets. But with tensions between China, their immediate neighbours and the West rising, are Chinese tech companies’ plans for international expansion dead in the water?

Critics have claimed that the Chinese government could use both Huawei and TikTok to snoop on Western citizens.

Both Huawei and TikTok dispute this. TikTok’s CEO Kevin Mayer has said multiple times that the company has never been asked by Beijing to hand over user data, and wouldn’t do so if it was asked to.

But Ritesh Kotak, a cyber-security expert from the University of Toronto, said that security fears are valid. “TikTok’s parent company ByteDance is headquartered in Beijing,” he said. “So that means it has to cooperate with national laws, and in China, that means you must comply with government agencies, and hand over user data if they request it.”

“It’s been a long time since we assumed that dealing with any Chinese company was a risk-free proposition, if indeed we ever did,” he said. “What is new is that recent Chinese legislation means it is harder than ever for China to deny that Chinese tech companies might be compelled to provide data to the Chinese state upon request or demand.”

Not all Chinese tech and social media companies would risk leaking as much data to China’s government as TikTok and Huawei.

If Huawei was built into 5G infrastructure, critics fear it might be able to tap private communications between Western users, or perhaps even disrupt the service. US officials warned earlier this year that Huawei can access mobile networks around the world through ‘backdoors’ designed for use by law enforcement.

And some believe TikTok collects far more data from its users than other social media apps. The app explicitly collects sign-in details, photos and video users take via the app, and data on users’ contacts. But earlier this year a Reddit user who claimed to have reverse-engineered the app said it also collects data on users’ network setup, hardware, location, and which other apps they have downloaded. And a recent iPhone update showed that TikTok was recording any text copied and pasted by its users.

All of those VAN spoke with said it’s likely that all Chinese tech companies expanding Westward – even those which don’t harvest so much data – could face similar problems.

“My sense is any Chinese company could be caught up, in part because of how the administration has defined the threat,” said Adam Segal, director of the Digital and Cyberspace Policy Program at the Council on Foreign Relations. “In effect, Trump officials have argued that tech companies can be made into instruments of power for the CCP through the nature of government relations, and the National Intel Law in particular. So even a ‘squeaky clean’ company could, in this framing, be forced to do something that threatens US security interests.”

Ritesh Kotak agreed. He added that even if a Chinese company doesn’t collect much user data, it could still pose a threat due to its ability to censor content from Western users.

Can Chinese companies win back trust?

TikTok has made a number of moves to try to assuage concerns from Western governments. Earlier this year it hired an American CEO, Kevin Mayer, previously head of streaming at Disney. And the company is considering moving its headquarters abroad, in order to distance itself from China.

KCL’s Tim Stevens said he’s sceptical that these sorts of moves will make a big difference.

“Chinese companies have often been reluctant to be open about their corporate structures and their connections to the state and Party.,” he said. “This has put them at odds with Western norms about business transparency, auditing and reporting. Recent history additionally suggests that even when companies like Huawei attempt to move closer to those norms – albeit in selective fashion – this has done little to assuage concerns about sharp business practices or links with the Chinese government.”

The Council for Foreign Relations’ Segal said it’s likely TikTok will need to completely separate from ByteDance and establish itself as a whole new company if it wants to remain in the US.

Ritesh Kotak said the upcoming US election means there’s an extra measure of uncertainty. A Joe Biden administration might be less aggressive towards TikTok, and Chinese tech companies in general.

But Tim Stevens said it’s unlikely tensions will ease any time soon. “These companies are not just caught up in a US-China trade dispute,” he said. “They are embroiled in a geopolitical contestation about global leadership and who will win the battle to make the international rules of the 21st century: the US or China?”

In this context, it looks like the barriers to Chinese tech companies expanding into the US and Europe are only going to get higher.