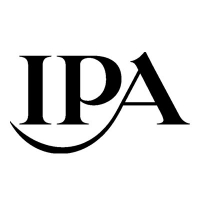 A net balance of 40 percent of UK advertisers cut their budgets for video advertising (covering both TV and online video) in Q2, according to the IPA Bellwether Report released today. The report, which documents how marketers have adjusted their budgets and how they expect their budgets to change in the future, found that total marketing budgets are falling at their quickest pace since the IPA started collecting data over twenty years ago.

Most surveys and forecasts published so far have found that video ad spend has been relatively resilient during the pandemic. And while the Bellwether Report shows that video is performing better than most categories, the data nonetheless demonstrates a steep fall in total video budgets. By comparison, a net balance of 49.2 percent of advertisers reduced budgets for advertising on publisher brands, and 35.1 percent lowered their budgets for ‘other online activity’ (outside of video, publisher brands, and audio).

While the IPA’s data finds that budgets for video as a whole have fallen, it’s likely that some categories of video have seen steeper drops in budgets than others. As VAN reported last week, most industry surveys released so far have found TV ad spend falling much faster than digital video and OTT ad spend. Pierce Cook-Anderson, UK country manager at Smart Adserver, a European ad tech company, said that while media budgets are down across the board, his company has seen “clear cases where spend is accelerating in a positive way – most noticeably in the digital video and OTT space, as well as in gaming”.

Nonetheless, the IPA’s survey data suggests that the majority of brands are pulling back ad spend during the pandemic. This is despite evidence from the 2009 recession that companies which invest in brand-building during a downturn are the quickest to recover. According to the IPA, anecdotal evidence suggests that economic conditions were too harsh for many businesses to spend on advertising during Q2, and many felt they had to cut their total advertising budgets in order to survive.

Calum Smeaton, CEO of TVSquared, a TV measurement company, said its likely that some brands cut their budgets at the start of the pandemic as a precautionary measure, and planned to resume spending soon after. But as economic conditions have gotten worse, many haven’t been able to return to pre-pandemic levels, despite the long term benefits of doing so.

Advertisers’ own projects for the coming months are largely negative, with the majority predicting that their financial positions will get worse. Two-thirds of those surveyed said they are pessimistic about their own financial prospects, and 72.4 percent had a pessimistic outlook for their industry as a whole.

But the IPA itself has a relatively positive forecast for 2021. Using economic projections from IHS Markit, a data and analytics firm, the IPA predicts that total UK ad spend will grow by six percent in 2021. In its previous Bellwether Report published back in April, the IPA had forecast that UK ad spend would grow by just one percent next year, meaning its outlook for the year ahead has significantly improved.

However, the IPA said there is still a lot of uncertainty in this projection. If a second wave of COVID-19 infections forces the UK to tighten up lockdown restrictions again, ad spend will likely recover at a much slower rate.