Shoppable Video Could Prove its Worth as Cookies and MAIDs Disappear

Shoppable Video Could Prove its Worth as Cookies and MAIDs Disappear 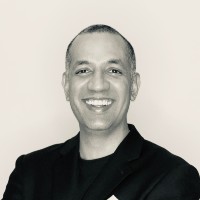 While all of us have faced significant disruption to our work and home lives as a result of lockdown, few have had to adapt as drastically as Rayhan Perera, founder and CEO of OneDash, a specialist in interactive video.

Perera had been formally launching OneDash shoppable video tech at DX3, a retail, marketing and tech event, in Canada in March. But while stopping off in London on his way back home to Dubai, lockdown measures came into effect. This left him stranded thousands of miles away from his family until earlier this month.

But Perera and his team used his impromptu extended stay in London to focus their sales efforts in the UK, building relationships and taking briefs from prospective clients for its interactive video tech. And in fact the lockdown has helped boost business, driving more interest in shoppable video.

OneDash started creating shoppable video tools specifically for the fashion sector, but over the past two years has been adapting its technology to be sector agnostic. The product released at DX3 in March enables transactions to be completed within OneDash’s video player.

Shoppability has been gaining traction in recent years as the technology has matured. But recent trends are also working in shoppable video’s favour.

Some, like NBCUniversal, have pitched shoppable video as an effective tool for advertisers during lockdown, helping brands boost online sales at a time when many businesses have been forced to close stores and offer new digital points of sale. Shoppable video can also help drive immediate sales, which again makes it more attractive to brands who have been increasingly focussed on performance during the pandemic.

Perera says OneDash has seen a surge in interest as a result of the pandemic. “The increase in interest has been exponential for us,” he said. “The larger agencies have started getting back to us within a week, which didn’t usually happen pre-pandemic. And we’ve had a lot of interest from companies who want to run our tech not just on their native channels, but on social channels like Facebook, Instagram and Twitter too.”

Browsers cutting off support for third-party cookies could also drive more interest in shoppable video. OneDash’s tech gives real-time analytics on views, sales, and how audiences are interacting with videos. As audiences become harder to track and retarget without third-party cookies, these sorts of analytics could become more valuable for advertisers.

“A fashion brand might be running a native campaign on their website, and then running videos on social and via programmatic as well,” said Perera. “The power of those analytics is bringing all of that together to understand whether it’s working as you’d expect it to work. You can see how your campaign is performing in different markets and immediately edit it to satisfy those different markets, and you can then redeploy it immediately.”

OneDash’s ability to complete the transaction within the video unit also hints at another interesting use case.

Some believe that if the major mobile operating systems remove their mobile advertising IDs, we’ll see apps developing their own internal ecosystems, where audiences can browse stores and shop within social and video apps. By keeping user activity concentrated within their own apps, app publishers don’t have to worry so much about having access to a device-level identifier.

Perera says OneDash’s shoppable tech could be a step in that direction for video. “Our tech keeps the viewer within the video, so you’re looking at what they’re doing within the context of that video, and what is and isn’t relevant to them within that video. And you can combine that with other touch points you have access to. We’re working on shoppable Messenger, and that’s built off the back of the data we have from interactive video.”

In the future, we may see ad-supported video on-demand (AVOD) services add shopability to their TV content, either within the content itself, or on top of the ads they run. This would keep users within their own ecosystem, helping broadcasters track users and measure results without cookies or other identifiers. “They could end up being these ‘super apps’, where you can watch TV within an app, but then the marketplace for everything you saw in that TV show is still within that app,” said Perera.

Will shoppability be the future of TV?

Regardless of whether these ‘super apps’ become a reality or not, Perera believes shoppable TV content has the ability to go mainstream. And he says shoppability will be most potent when combined with other emerging tech which allows products to be swapped in and out of TV and film content.

“There are some really interesting companies in the US who are working on product placement within digital content,” said Perera. “So let’s say I’m watching an episode of Suits, and Harvey Specter is drinking a can of Coca Cola. There is tech which can swap that out so that next time I’m watching, he’s drinking a can of Pepsi.”

This ability could be combined with OneDash’s tools, which can automatically detect products within video, and overlay shoppable elements on top of them.

“I think that’s the future of interactive and shoppability video,” said Perera. “It could be that I’m then able to click on that can of drink, and that gives me more information about the product, and I could even complete a transaction within the video.”

But it could be a while before we see this sort of interactivity emerge. For a start, broadcasters and content owners will want to be sure it’s not off-putting for their audiences. “If users see a can of Coca Cola when they watch a show one time, and then see a can of Pepsi when they watch it a second time, that could feel a bit like subliminal messaging if they’re not used to it,” said Perera.

And the technology will have to be seamless in order to take off. “Hardware is another thing that needs to come into play,” said Perera. “You’ll need to have updated video players, and you’ll need to have sufficient processing power in the devices we use. If the technology faulted and you had a break in the graphics within a show, that would be terrible. The hardware isn’t ready for it yet.”

But when hardware catches up, Perera believes it could provide a multi-billion dollar opportunity for the TV industry. And it could provide a revenue boost for subscription streaming services which don’t want to run conventional ads within their shows.

“Companies like Netflix for example spend extreme amounts of money on their content,” said Perera. “They’ve always said they won’t run ads. But if you look at what they’ve been saying over the past few weeks, they’re definitely looking at alternative avenues for making money, aside from subscriptions and content creation. And shoppable product placements would definitely help them.”