Convergence 2.0: Gaming and Video are More Entwined than Ever Before

Convergence 2.0: Gaming and Video are More Entwined than Ever Before 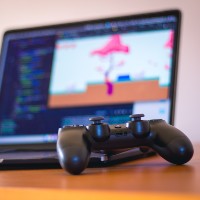 User-generated live streaming has had an exceptionally close relationship with gaming communities for as long as live streaming has existed. Justin.TV, one of the pioneers in live streaming, started out by focusing on ‘lifecasting’ (where users broadcast their everyday lives), but were surprised to discover the video game section was where they saw the explosive growth, as gamers started to stream themselves playing games in real-time.

Justin.TV’s gaming section was spun out into “TwitchTV” in 2011. And three years later the main Justin.TV platform was shut down so the company could focus exclusively on Twitch, which was then acquired by Amazon for $970 million in cash in 2014. It turned out to be a strong strategic move as gaming consistently pulls in huge audiences (often higher than any other category) on UGC platforms like YouTube.

“Convergence” is a word the video world is wearily familiar with when it comes to TV converging with video consumption on desktop/mobile/tablets. However, there’s a new, unique form of convergence taking place between online video and online gaming.

Three of the leading players in gaming – Microsoft, Amazon and Google – are working on features that allow viewers of a live stream to jump in and play alongside their favourite streamers and/or interact with the game in other ways.

Google was the first to announce this feature and for a while at least it was one of Google Stadia’s unique selling points. Stadia is Google’s cloud gaming platform that allows players to stream a game to their desktop or other connected device, rather than running the game on their own hardware.

Stadia will have direct integrations with YouTube, allowing interactivity between the two. Google is working on ‘Crowd Play’, a feature which will let audiences click a button on a YouTube live stream, and then jump in to play alongside the streamer they’re watching via Stadia. And a separate feature called ‘State Share’ will allow streamers or developers to share playable scenarios with Stadia users.

Over the past few months, Amazon (which owns Twitch) and Facebook have both made significant moves in the same direction.

Microsoft, which owns games console Microsoft, announced last month that it is shuttering its own live streaming platform, Mixer, while also launching a new partnership with Facebook Gaming. The deal has seen the majority of Mixer streamers moved across to Facebook’s platform. But longer term, the two say they will work on integrations involving Microsoft’s cloud gaming project xCloud, which sound very similar to Google’s ambitions for Stadia.

“We see [Project xCloud] delivering games to all kinds of screens and windows in your life, including those on Facebook,” said Phil Spencer, head of Xbox. “In the future, through the power of Xbox Live and Project xCloud, we see there being just one click between ‘I’m watching’ and ‘I’m playing’”.

Amazon meanwhile had been developing its own cloud gaming platform, codenamed ‘Project Tempo’ which could integrate directly with Twitch.

The ecommerce giant’s push into gaming is off to a stuttering start. Amazon’s games division released its first major title Crucible earlier this year. But the game has been brought back into beta testing, having failed to find a significant player base.

Nonetheless, Amazon is powering ahead with cloud gaming. And it doesn’t need to be able to make popular games in-house – third party publishers could choose to distribute their titles via Project Tempo, which could then be linked to Twitch.

In fact Twitch has already started to trial interactive gaming experiences. Earlier this month, AAA game developer Ubisoft released a new battle royal game (the same genre as the all-conquering Fortnite) called Hyper Scape. And through a partnership with Twitch, streamers on Twitch can let their viewers directly interact with the game. “The viewers will begin with a vote between a choice of in-game modifiers, and the selected modifier (Low Gravity, Reveal, or Health, as just a few examples) will be implemented into the streamers match,” a statement confirmed.

Will cloud gaming tie-ups be table stakes for streaming platforms?

As the announcements above suggest, these integrations could launch entire new genres of video games, built around interactivity with live streams.

James Draper, CEO of in-game ad platform Bidstack, said Hyper Scape is a hint at what is to come. “It’s like watching a movie where as a crowd, you’re able to influence what happens,” he said. “You could see it having a big impact on esports too. You might have new types of games where crowd members could jump in to temporarily assist their favorite teams, or can vote to shut down certain parts of the map.”

Draper said it’s likely that games built specifically to work with live streaming interactivity would have most success, rather than those which crowbar interactivity into an existing title or franchise.

These tie-ups would also make streaming platforms an even more powerful marketing tool for game developers.

“For publishers that have their games on the cloud service on Stadia or xCloud, working with streamers to promote their games becomes even more interesting as players are able to jump in directly and play the game the streamer is promoting,” said Jurre Pannekeet, senior market analyst at Newzoo, a games and esports analytics provider.

And interactivity could be a powerful new monetisation tool for content creators on live streaming platforms (and the platforms themselves, who could take a cut of the earnings).

Even very basic forms of interactivity have already proven lucrative for streamers. Live streamers often enable ‘text-to-speech donations’, where viewers can pay to have messages read out on the stream by a text-to-speech bot. Twitch streamer ‘Miskif’ earlier this year made $5,600 while sleeping, by letting viewers pay to have a video clip of their choice play on his live stream.

If direct interactivity between games and streaming platforms takes off, streamers could charge a significant amount for viewers to impact the game they’re playing, or to jump in and play alongside them.

But it’s not a given that streaming audiences are really interested in this sort of interactivity.

“I expect these features will contribute to the popularity of the streaming platforms, and streamers that support them, but they will not constitute a key driver for audiences to pick a certain platform,” said Newzoo’s Pannekeet. “While it is exciting for viewers to be able to jump into the game while they are watching a streamer, I expect most viewers will choose not to do so. They prefer a viewing experience at that point over playing themselves.”

Guilherme Fernandes, a market consultant at Newzoo, said previous examples of crowd play features have had limited success. “There have been some experiences in crowdplay, with companies such as Dixper [a company which specialises in live stream interactivity tools], but Dixper saw that viewers were not that interested in joining the streamer mid-game,” he said. “Even this month, Google Stadia began to test its State Share function via Crayta [a Stadia exclusive game], but there has not been a lot of engagement.”

But Fernandes added Dixper had found more success with tools which let audiences impact the game a streamer is playing, rather than jumping in and playing it themselves.

And Bidstack’s Draper has more confidence that these sorts of tie ups have huge potential. “I love motorsport, and saw that Charles Leclerc [a Formula 1 Ferrari driver] got into streaming on Twitch during lockdown,” he said. “When he was on his own and not playing with his friends, he was sending viewers a key so they could jump in and play with him. And you saw as soon as he did that, instantly his lobby would fill up.”

“I watched that and thought, how do you make money off this?” said Draper. “Because I’m watching something which I think could be the future of entertainment.”