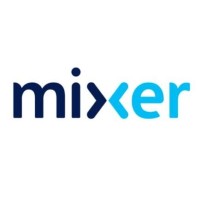 Microsoft has announced it is shuttering Mixer, its video game live streaming platform, and will instead work on integrations between its Xbox gaming brand and Facebook’s live streaming service, Facebook Gaming. Microsoft invested heavily in Mixer since acquiring the company in 2016, but says that it was unable to grow its user base quickly enough to be viable, amid competition from rival platforms like Twitch, YouTube Gaming, and Facebook Gaming itself.

As part of the deal with Facebook, Mixer will work to transfer its streamers over to Facebook Gaming, which will offer them equivalent or similar deals in terms of monetisation. But Phil Spencer, head of Xbox, said there will be deeper integrations between Xbox and Facebook Gaming in the future.

While Spencer didn’t give firm details around how these integrations will look, he said they will involve Project xCloud, Xbox’s cloud gaming technology (which streams games from the cloud onto a range of different devices, cutting out the need for a dedicated console).

“We see [Project xCloud] delivering games to all kinds of screens and windows in your life, including those on Facebook,” said Spencer. “Gaming is already part of our social fabric, and Project xCloud can take you from discussing a new game – whether it’s a funny in-game moment posted by a friend, an ad, or an ongoing stream – directly to playing it. In the future, through the power of Xbox Live and Project xCloud, we see there being just one click between ‘I’m watching’ and ‘I’m playing'”.

The strategy sounds very similar to Google’s ambitions for Stadia, the search giant’s cloud gaming technology. Google has spoken before about its vision that audiences will be able to watch streamers playing video games via YouTube Gaming, and then jump seamlessly into that same game via Stadia.

The two could also potentially integrate Facebook Gaming more deeply into Xbox consoles. One of Mixer’s advantages was that it was built into the Xbox user interface for all users, meaning Xbox players only had to press a few buttons to start streaming via Mixer. This functionality will end in one month’s time when Mixer is completely closed down. But Microsoft could choose to develop a similar integration with Facebook Gaming in the future, that could give Facebook an advantage against its rivals.

Mixer’s closure demonstrates the fierce competitiveness of the live streaming space. Microsoft had paid heavily to tie a number of high-profile streamers to the platform, including Tyler ‘Ninja’ Blevins. Blevins was previously one of the most popular streamers on Amazon-owned Twitch, and was reportedly paid $20-30 million to stream exclusively on Mixer. But as VAN reported earlier this year, bringing in big names didn’t have an immediate impact in growing Mixer’s audiences.

And Mixer’s closure seems particularly significant as the platform had so many factors working in its favour.

It is not the first streaming platform to bet big on high-profile streamers, only to realise they don’t necessarily take all of their audiences with them. Last year blockchain-based streaming platform DLive paid PewDiePie, the most popular individual creator on YouTube, to live stream exclusively on its platform. But DLive has still struggled to establish itself in the live streaming space (at the time of writing, its most popular stream had just 185 live viewers).

It’s remarkable that even with Microsoft’s financial might and the huge footprint of the Xbox console, it was unable to even begin to compete with Amazon-owned Twitch, the market leader in gaming. YouTube and Facebook however, have been able to leverage their existing user bases to develop thriving gaming communities and look set to provide more meaningful competition.