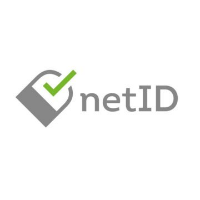 Germany’s netID, a publisher login alliance, is one of the most established login alliances to have emerged in Europe as part of a publisher fightback against the US tech giants. But while some companies have been hesitant to sign up to netID, a recent ruling on the EU’s General Data Protection Regulation (GDPR) by Germany’s federal court, as well as browsers’ third-party cookie restrictions, is pushing publishers off the fence.

Part of netID’s offering centres on allowing consumers to sign in and manage consent across multiple publishers in a GDPR-compliant way. But Sven Bornemann, CEO of the European netID Foundation (which owns netID), said that many publishers in Germany have been taking a ‘wait and see’ approach to GRPR, and have been slow to partner with GDPR-compliant solutions like netID.

In Germany specifically, many believed they would be able to rely on ‘legitimate interest’ as a basis for data collection. ‘Legitimate interest’ allows companies to collect and process personal data if doing so is essential to their business, and has a minimal impact on any individual’s rights and freedoms.

But a few weeks ago, the German Federal Court of Justice confirmed that legitimate interest cannot be used as a justification for tracking users for advertising purposes.

And the ruling comes after Google’s announcement at the start of the year that it will stop supporting third-party cookies, which are also used for data collection and targeting, on Chrome within two years.

This means it’s more important than ever for publishers to have strong sets of first-party data so they can identify and target their audiences. Login alliances like netID can help publishers build up these datasets whilst simultaneously removing the friction created by forcing users to sign up for multiple websites.

Both of these changes are encouraging more publishers and broadcasters to engage with login alliances like netID, according to Bornemann. “The ruling on legitimate interest in the German market, and the changes to third party cookies by browsers, means that immediate action is now required,” he said.

“So after a year of publishers hesitating, and looking over their shoulders to see what others were doing, we’re now seeing that the market is moving, and more and more publishers are speaking with us,” said Bornemann. “So we’re pretty optimistic that we’ll be seeing a big change in the market throughout 2020.”

Fighting to win over publishers and consumers

The netID initiative is now fairly well established amongst major German media companies. It was founded by broadcasters Mediengruppe RTL Deutschland and ProSiebenSat.1 Media, as well as internet services company United Internet. And since launching in 2018, it has added more than 70 partners, including publishing giant Axel Springer and ecommerce platform Zalando.

Samir Fadlallah, MD of Axel Springer News Media National Digital, says he sees the alliance as an effective way to combat the US tech giants. “Axel Springer recognised early on that the European digital economy had to develop its own login standards in order to effectively counter the dominance of international platforms,” he said. “In the meantime, netID and Verimi [another German login alliance] have developed complementary offers, both of which offer great added value for users and business partners.”

But Bornemann says that some publishers and broadcasters still have reservations about joining login alliances, even despite the recent browser changes and regulator rulings.

“Conversations with publishers still aren’t easy, I would say five out of ten concerns which publishers come to us with have now been answered,” he said. “They still have questions about how netID fits into their own data and identity strategy.”

And, as is usually the case with alliances, some are still wary of getting too close to their competitors, especially when it relates to their valuable first-party data.

To help deal with this concern, netID itself doesn’t facilitate data sharing between publishers. Such a framework could, theoretically, be used to allow publishers to combine their data assets and share user insights, but netID decided against this.

“We don’t share data as a principle, it remains in the databases of individual publishers,” said Bornemann. “There’s no automatic data exchanging or anything like that. First of all, a user would have to give consent to that sort of data sharing. And if they do consent, netID doesn’t provide any means for that sharing.”

If publishers do want to share data, while the netID identifier itself could be used to help match datasets, the deals themselves would have to be negotiated between the separate publishers, outside of netID’s system.

As well as winning over publishers, netID will also have to win over consumers. The social giants like Google and Facebook are integrated with many major publishers, letting audiences log in through their social accounts. The initiative will have to persuade audiences to log in via netID, rather than the social giants they’re already familiar with.

Bornemann says that consumer awareness of netID is still relatively low as it has not yet launched its consumer-oriented marketing campaign. But this marketing activity is set to kick off in the second half of this year.

And despite the fact netID hasn’t yet been advertised to consumers, Bornmenann said he’s been encouraged by the growth in adoption he’s seen so far. “It’s obvious that once users know what it is and see the benefits, they use it again and again and again.”

And the initiative could benefit from the current zeitgeist of distrust in the tech giants. “We offer 100 percent control of your data, nothing happens to your data without your explicit consent,” said Bornemann. “And we all know that with Google and Facebook, it’s not really easy to see what happens to your data and where it ends up.”

“NetID is totally different, every account provider within netID offers a privacy centre where users can change their data and either withdraw consent or provide additional consent,” he said. “And everything happens in one place, which makes everything easy for the user.”

Will we see a pan-European login alliance?

As it prepares to roll out its consumer-facing marketing activity, netID is also beginning to eye up expansion abroad.

“So far, we’ve not been so active in terms of talking with other European markets, because we wanted to establish a solid presence in Germany first,” said Bornemann. “But we have been contacted by other markets like Italy, Spain, and several in eastern Europe.”

And as netID begins to look to European expansion, the company may look for ways it can integrate with other market-specific unified login solutions which have emerged, like PassMedia in France and Project Nunio in Portugal.

“There are a number of local initiatives around Europe, and it could well be that we connect with these systems,” said Bornemann. “That could be crucial in order for us to keep up with the likes of Google and Facebook.”

In many European markets though, no such alliances have developed, meaning netID would represent a new opportunity for publishers and broadcasters.

“The development of netID cost a fortune, and not all markets are able or willing to pay for that,” said Bornemann. “So we’re talking with many companies on other markets who really like the idea, but would never be able to pay to build something like this themselves.”

And with the interest from abroad that Bornemann has seen so far, he’s confident that netID has a shot at taking off around Europe.

“I’m positive that we’ll become a European solution for the European market, not just the German market,” he said.