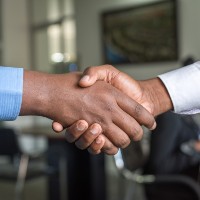 The ‘Programmatic Supply Chain Transparency Study’ released by ISBA, an advertiser trade group, earlier this month demonstrated flaws in programmatic supply chains. The report claims that on average, only fifty percent of an advertiser’s spend goes to publishers, and 15 percent, the ‘unknown delta’, ends up in unknown hands.

Media agencies, increasingly trimming their lists of supply partners, say that by establishing more direct relationships with publishers, they can help cut down this complexity, and funnel more money into publishers’ hands.

GroupM, agency holding group WPP’s media-buying arm, earlier this year confirmed that it is working with a smaller set of suppliers, with Index Exchange named as one of them. GroupM said the aim is to cultivate “deeper and more transparent relationships on this side of the supply chain,” creating better leverage for its clients.

Omnicom’s media buying unit Omnicom Media Group (OMG) is also working more closely with supply partners to create more transparency. Through an initiative called ‘OMG Marketplaces’, the agency has been working with Xandr and Adform to give its clients a clearer breakdown of where their programmatic ad spend is going.

Danny Hopwood, global SVP, head of digital display & investment solutions at OMG, said that by doing so, his company hopes to improve the working media that ends up in publishers’ hands.

“We’re trying to reduce the amount of confusion within the supply chain and open it up to the buyer,” said Hopwood. “We want to show our buyers a complete breakdown of their market spend, from their hands all the way through to the publishers at the other end. And Xandr and Adform provide technology that allows us to do that.”

Hopwood said the motivation isn’t around working more closely with Xandr or Adform specifically. Rather, those two companies offer tools which fit with what OMG wants to offer its clients.

Naturally, this will result in a trimming down of supply partners, and more money being channeled through the select number of tech companies which offer these tools. But Hopwood said that this is just part of an ongoing trend anyway.

“It will consolidate the number of supply sources we buy from, but that’s not a new thing, that’s supply path optimisation which has been around for two-to-three years now,” he said.

A good deal for publishers?

By giving buyers more control over supply paths and concentrating spend into a smaller number of platforms, agencies are able to negotiate better deals for their clients. And by using their buying power to build these relationships with supply partners, they’re effectively able to recreate the scale advantage they’ve had with traditional media into programmatic trading.

But Hopwood says that publishers will benefit too, by helping advertisers route their spend more efficiently through to sellers.

“What we want from this is to have a more direct relationship with publishers where we’re the ones having conversations, not the middlemen in between,” he said. “That’s what’s annoyed us and advertisers for a long time.”

Nicole Lesko, SVP, data, ad platforms and monetisation at Meredith Corp, an international publishing group working with Index Exchange, agreed that these sorts of deals can work well for publishers.

Lesko said that if a large media buying agency like GroupM signals that it’s planning to funnel more of its spend through a particular supply-side platform, that SSP becomes more attractive from the publishers’ perspective, particularly if the publishers can help dictate the path from buyer to seller.

“We have certain spend incentives in place with SSPs who are more amenable to deeper and more flexible integrations with our products and sales strategies” she said. “It is in the best interest of all parties, particularly the advertisers, to funnel their spend through a publisher-preferred path that enables them to unlock more enhanced features.”

But Lesko added that it’s important that these sorts of deals are transparent. “We have concerns for both DSP and SSPs if they strike deals that adversely impact our revenue strategy or overall auction dynamics,” she said.

“For example when SSPs make deals directly with the buy side that influence the overall transparency of the auction, e.g. the SSP inflates the advertiser’s auction bid in exchange for bulk spend and gives them a post auction discount to offset the real-time increase, this creates a lack of transparency in the auction as other buyers are unknowingly losing to what is ultimately a lower value bid,” she said.

“Similar concern arises when SSPs offer post auction discounts that the publisher has to pay for or risk losing the demand,” she added.

But structured well, these sort of deals have the potential to increase transparency, rather than reducing it, addressing some of the concerns outlined in the ISBA report.

“We’ve been thinking about this since way before ISBA and PwC started investigating the industry,” said OMG’s Hopwood. “If anything, when that report came out, it showed us we were on the right track and encouraged us to keep going.”