What’s Happening to Brand Budgets for the Olympics & European Championships?

What’s Happening to Brand Budgets for the Olympics & European Championships? 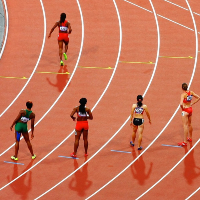 The postponement of this year’s major sporting events like the Olympic Games in Tokyo and the European Football Championships is leaving significant holes in brands’ media plans. These events’ sponsors shell out huge sums to partner with the events, and plan high profile ad campaigns and promotional stunts to run alongside them. And some non-sponsors too will set aside budgets for campaigns relating to these landmark events.

The question now is, what happens to the budgets which were earmarked for these sports events?

For some, the money has already been spent. The Olympic Games’ official sponsors for example have already paid to partner with the event – and would have to negotiate with the International Olympic Committee if they wanted to try to claim this money back.

But the structure of these deals incentivises them to hold on. Olympics sponsorships don’t just cover one individual event, they span a number of years, covering several events. All of those VAN spoke with said their sponsorships extend beyond 2020, meaning the postponed Games in 2021 is automatically covered.

This could cause some issues further down the line, depending on how the Olympic Committee spaces out its events after 2021. Toyota, a car brand, said its current deal extends through to 2024. If the 2024 Games is also pushed back to 2025 (to maintain the four-year spacing between competitions), Toyota and the IOC would have to renegotiate.

Nonetheless all of the sponsors VAN spoke with said they’re maintaining their sponsorship despite the postponement.

Coca-Cola said it plans to repurpose marketing and advertising assets which they’d had prepared for this year, reworking them for 2021. This has been made easier by the fact that the postponed Games is maintaining the “Tokyo 2020” branding. Visa similarly said it is shifting resources which were planned for this year and reallocating them for the postponed games. And Samsung said it remains committed to the event, and will continue to work closely with the IOC and Games organisers towards the postponed event.

Sponsors aren’t the only brands who have already committed money to the games. Many have pre-bought media from TV networks with rights to the Olympics. NBCUniversal, which holds the broadcasting rights in the US, claimed to have booked over $1.25 billion in ad sales before the postponement was announced.

Richard Barker, joint managing director of sports marketing agency M&C Saatchi Sports & Entertainment, said brands which aren’t sponsoring these events will be less committed. “You’ll see strong partners that are really committed to a great sponsorship strategy with a lot of thinking behind it, they’ll stay and survive and then thrive off the back of it,” he said. “Brands which are dipping in and out and see it as a short term media buy, inevitably they’re not all going to stick around.”

Here, negotiations are ongoing. NBCUniversal said it is “actively working with our advertising partners to navigate this postponement, and we’re exploring all options to best serve their brands and our consumers this year, and into 2021”. With so much money on the line, NBCU will look to hold on to as much as it can, either by rolling over commitments to next year, or by offering other inventory this year.

Working with sport in the off season

Those which haven’t yet committed money though (or any which do manage to claw back money they’d already committed) must now choose where to put those budgets instead.

Some, finding their own businesses hit financially by the pandemic, will hold onto their cash.

“If their business environment has changed so much that marketing investment can’t show returns in the short term, that’s probably not a smart way of spending money,” said M&C Saatchi’s Barker.

But those VAN spoke with said brands which do still want to spend will be able to find opportunities elsewhere in the sporting world, even with most sports cancelled.

Barker said that sticking with sports makes sense, both because it allows brands to find the same audiences, and because it sports-based advertising can be less risky at a time when messaging is sensitive.

“Partnerships with sports and arts and culture de-risks your communications if you get it right, because you can talk about it through the lens of a passion, which gives it a reason to exist and makes it feel less cold,” he said.

Daniel Macaulay, founder and CEO of sports marketing specialist Brandwave, said that in light of postponements, marketers will try to find those same audiences outside of sports broadcasts.

“I believe that as serious and frightening as this situation is, it is also an unprecedented opportunity to test our abilities as marketeers to evolve and adapt; to try new channels and focus on new opportunities that are now presenting themselves alongside the challenges,” said Macaulay. “People are spending more time at home so in my opinion, the largest and fastest gains to be had are around digital.”

Macaulay said brands may turn to OTT sports content – either live content where live sports are still available behind closed doors, or other OTT sport-related content. While leagues and events are cancelled, many sports organisers are still putting out content to keep their fans engaged, which gives brands an opportunity to reach the same audiences.

And some cancelled leagues may resume play behind closed doors. The English Premier League is reportedly hoping to resume on June 8th to finish of the ongoing season.

With no fans in the stadiums, some of the atmosphere will undoubtedly be lost. But at the same time, there is pent up demand for sport with fans having been deprived for months, and many are desperate for a resolution to the season. And fans will have more time on their hands too, with it looking likely that most will still be stuck at home over the summer months.

“When people are watching the Premier League again they’re going to be watching it at home rather than in pubs and stadiums, probably in smaller groups. But that’s still a moment for brands to be a part of,” said M&C Saatchi’s Barker.

Brandwave’s Macauley also highlighted influencer marketing as a possible avenue for ad spend. Would-be stars from the Olympics and the Euros can help brands reach the audiences they would find at those events, and can create content which directly addresses the absence of those events.

Barker agreed that both of these channels could prove effective alternatives to cancelled events. And he added that brands might also find value in the alternative programming which is emerging on sports TV channels to fill the void.

As VAN has previously reported, a number of sports leagues and sports broadcasters are creating alternative live content involving esports. F1 drivers for example have been taking part in hastily organised races on the F1 video game, corresponding to the actual races they were scheduled to compete in. And a number of tournaments on football video game FIFA have sprung up, featuring stars from the world’s biggest leagues.

These alternatives obviously don’t replace the postponed major events, but they can still be fruitful for brands looking for alternatives. But M&C’s Barker warned that while “there’s definitely scope for brands to get involved, it’s not a space for all brands. It’s such a fast-changing landscape that you need to work really carefully with brands and partners to make sure it’s authentic and matches up to their audience.”