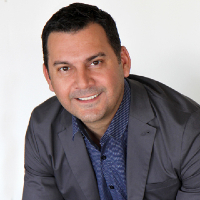 VAN spoke with Verizon Media Platform’s chief product officer and general manager Ariff Sidi to hear more about the new tools, and how the live streaming space is being affected by the COVID-19 outbreak.

Our readers mightn’t be familiar with the Verizon Media Platform – could you explain how it works?

We are a B2B unit inside of Verizon media group, and we have three main products that we deliver to the market.

One is our streaming platform. We power streaming for ABC, Disney, Fox, Discovery, and Hearst, as well as many others. We either take in files or what are called “contribution feeds”, which are basically the raw broadcast feeds, and we convert those into streams. And we also insert ads into it dynamically on the server side for the publishers.

The second is our content delivery network, the Verizon Media CDN which is the second largest in the world, it’s also known as EdgeCast. That delivers content for all of our video streaming customers, but also for a bunch of other customers as well.

And the third product is our security portfolio. What that does is helps our customers protect themselves from denial of service attacks. It offers web application firewalls, bot detection and mitigation, things like that.

The COVID-19 pandemic has meant a lot of businesses are trying to find ways to move their businesses online. Are you seeing a wider variety of customers looking into live streaming?

We are seeing a ton of inbound requests that are very different from what we’re used to. Historically, we’ve usually been integrated into broadcast centers and broadcast automation systems, and we take professionally produced streams from major broadcasters into our platform.

But now we’re seeing inbound requests that are very different, and in some ways a little bit more ad hoc. As an example, Verizon is sponsoring a series of concerts called “Pay It Forward”, which is a reaction to the COVID-19 pandemic. So Verizon is getting a bunch of artists to do concerts in their living rooms, and using those concerts to generate donations for small businesses that are struggling.

But obviously we’re not running these streams from some highly automated broadcast centre. We had Dave Matthews do a stream where the video was captured from a Macbook with a high quality microphone plugged in, and that was streamed to a national audience.

Those are the types of requests there that are coming in, it’s a more democratised view of streaming. So we’re asking how we can open this up to more people and more use cases that didn’t quite exist before.

Verizon Media Platform has announced a Prebid integration. Prebid has been around for a while, why has it taken longer to integrate into streaming environments?

So our video Prebid solution is natively integrated into our streaming platform. That’s going to be fully deployed this quarter. We’re doing it in conjunction with our ad platforms team, so anyone will be able to get this Prebid server integrated into their streaming stack or premium video workflow. But we’re also going to make it natively available on our streaming platform. So all of our customers will be able to turn on Prebid with a flip of the switch.

That’ll give our partners increased transparency into their programmatic back end. So this also fits in with what I described above, where publishers might not know which partners are working well and which aren’t. And they don’t know if their ad decisioning system, which may have a relationship with some of their programmatic partners, is putting their thumb on the scale. Prebid removes that risk moving all this upfront and exposing to publishers.

It isn’t necessarily harder to integrate Prebid into streaming environments, but we’re starting a little bit later in the game. So Prebid has been around for native for a while, and the concept is the same for video and premium OTT, but obviously you need to think about the dynamics of the user experience a little bit more. You’ve got an ongoing stream with an ad pod in the middle of it, and a specific amount of time you need to fill.

So the concept of Prebid, about going out to programmatic demand sources ahead of reserved or first-party sold inventory, is the same. But because the environment, the user experience and the ads themselves are all different, it requires a bit of a rework of the concept to make it work.

Verizon Media Platform is used a lot for live streaming, and live sports specifically. Live sports streaming has historically been hindered by problems with latency and poor picture quality – are these issues still holding it back?

Obviously live sports streaming is continuing to grow, and a lot of publishers are moving a lot of their businesses into the streaming realm. And the expectation from the customer is that this works just as well as regular television has worked for many, many decades.

Latency absolutely is important. But the reality is it’s going to get better by itself over time. First of all, latency is a relative measure, it’s a comparison of digital and streaming to traditional platforms. And as distributors and publishers shift content from traditional broadcasts to streaming, the whole concept of latency starts to get minimized because that relative measure starts to disappear.

The other dynamic is that as technology improves, latency will continue to come down. So there is a lot of focus on latency, but it is not the thing that worries me most in the space. You need to balance latency with factors like picture quality, robustness, and ad insertion.

How will the shift to streaming shake up sports broadcasters’ business models?

Digital streaming has helped create the expectation that consumers should be able to access all of their sports no matter what they’re interested in. So the sports market and the rights around it is really complex. The way the NFL or the NBA carve up their rights and sell them is born out of the traditional broadcast world. But that can be limiting, as there might be markets where no one owns the rights, and fans can’t access that content.

So digital has provided an opportunity for content publishers in sports to find their audiences on a global basis. So if I’m an expat here and I’m a huge fan of cricket, I should be able to subscribe to a cricket package that is unique to me and delivered over a streaming platform. That’s a big opportunity in live sports now, but it requires the content owners to think about how they sell their rights in a different way.

In many cases there’s a gap between content streaming and advertising analytics – how do you tackle this?

Because of where we sit in the streaming workflow, we have a lot of visibility into what is happening in our customer’s ad ecosystem. Oftentimes that that is a black box to them. They’ll throw an ad opportunity over to their ad decisioning system, but they don’t necessarily know what’s going on in the programmatic ecosystem. But because we’re doing the insertion, a lot of data is exposed to us that we can roll up and help the customers understand.

So we’re launching our new ad analytics product. And what we do is can take a bunch of different metrics and dimensions across the many ad insertions that a publisher does, and we roll them up into an analytics dashboard. So we can give them data on the number of ad breaks, the number of valid opportunities, request and response speeds and timeouts, the number of impressions, the fill rates, ad break error rates and timeouts, things like that. We aggregate all of that and present it in a dashboard, and the goal is to help customers monetise their inventory better.

We’ve got some customers who rely on programmatic quite heavily and they have multiple, SSPs and DSPs that they are using to sell their inventory. But some of these are much, much slower than others. So our dashboard can show requests and response times on an SSP or DSP. That might then tell the publisher that one SSP is responding much, much more slowly than another one, and that might be causing a downward trend in customer engagement.