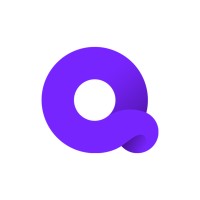 Quibi, the new short-form mobile-first streaming service launched last week, has attracted 1.7 million users within its first week according to CEO Meg Whitman. While the new app has garnered mixed reviews, and some had questioned the product’s brand awareness prior to its launch, Whitman’s figures suggest Quibi has had a fairly successful start. And Whitman said the company is accelerating plans to let users watch Quibi shows via their TV sets to drive further adoption during the coronavirus lockdown.

Whitman, speaking with CNBC, admitted that there had been concerns within the company about how the COVID-19 pandemic would affect the launch. Quibi say it is built for “in-between moments” – times during the day where people have a spare ten or twenty minutes and want something quick to watch. With so many people working from home, many of these in-between moments, like commutes and work lunch breaks, no longer exist.

But Whitman said users are still finding these moments within their home working days. “People have in-between moments at home: in between zoom calls, in-between wrangling the kids, in-between taking care of the house. So we don’t actually think [the COVID-19 pandemic] hurt us, we’re delighted with the launch”, she said.

Quibi’s numbers mean it has had a significantly slower start than Disney+, which claimed ten million subscribers within its first day. But the two are not directly comparable. Disney+ launched with a mix of popular archive content (like classic Disney, Star Wars and Marvel films) and original content based on these franchises (most notably ‘The Mandalorian’, set in the Star Wars universe). Quibi has not had these advantages. While founder Jeffrey Katzenberg’s name has been enough to sell the product to advertisers and investors (with Quibi picking up $1.8 billion in total funding prior to launch), it has had to fight to establish itself in a crowded streaming market, launching without a recognised brand or familiar IP. While some of Quibi’s content will be familiar to audiences, like the revival of MTV’s ‘Punk’d’, most of its shows and films are completely original to the service.

This is an incredibly successful launch, especially given 11th hour need to pivot campaign WHILE finishing product/content + WFH

Criticisms are ultimately revealed to be critiques of fundraising, unknowability of churn, economics. To which, sure! But we’re at top of funnel rn. https://t.co/kbA2ASqfA9

Whitman said Quibi the launch has exceeded their expectations, describing it as “one of the most successful launches of a completely new brand and a completely new app”. But she acknowledged that there are still questions around how many users will stick with the app once the trial period is over. Whitman said it is too early to predict what the drop off rate will be at the end of the 90 day period. But she believes the early signs are good. “What we do know is that people are watching a lot of content. When people start watching a show, eighty percent watch the entire first episode, which is unprecedented,” she said. “And they’re also doing a lot of sharing – if they like a show, they’ll share it with a friend. So we’re seeing the beginnings of word of mouth.”

And Quibi hopes to drive further adoption by accelerating plans to enable Quibi viewing via TV sets. Quibi is firmly a mobile-first product, and Whitman says this is still the cases. But with audiences locked indoors, Whitman said there is a stronger case for letting audiences cast Quibi content onto their TVs. “We’d always planned to be able cast to your TV. So we’re going to see if we can accelerate that in the engineering roadmap,” she said. “We’ll eventually get there, but it was never part of the launch. If we’d known about COVID, maybe it would have been.”