From Home Filming to Remote Casting: How Production Studios are Working Through COVID-19

From Home Filming to Remote Casting: How Production Studios are Working Through COVID-19 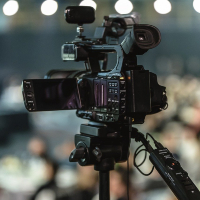 The lockdowns taking place in various markets are delivering a spike in audience numbers for broadcasters, but social distancing is also impacting TV production to the point where some forms of TV will simply grind to a halt.

In some cases, there has been an immediate impact, with regularly produced shows either stopping temporarily, or reducing their output. In the UK for example, the BBC has paused production on all of its soap operas, while other channels have slashed the number of episodes they air each week.

For others, it’ll be months before we see the impact as large flagship shows shut down. For example, Amazon’s upcoming Lord of the Rings series and HBO Max’s ‘Friends’ reunion special have both been delayed.

But through the disruption, production companies say they’re finding ways to carry on making fresh content.

While most countries have introduced strict social distancing measures, few have explicitly banned TV and film production during the pandemic (with India being one notable exception). As a result, some shows have carried on production, but have reduced the number of people involved in the process.

Live studio audiences for example have been cut from shows which use them – ITV Studios for example has continued to film episodes of shows like ‘The Graham Norton Show’ and ‘Ant n’ Dec’s Saturday Night Takeaway’, just without the audience.

“In these scenarios hot head cameras (small, portable video cameras), mics and simple lights are set up whilst the occupants of the house are isolated in other rooms, and can be left to run remotely,” Atkinson said said. In other cases, Fremantle sends equipment into hosts’ and participants’ homes, and talk them through the setup process via a video call.

O’Dell emphasised that Fremantle are only attempting these broadcasts where they don’t contravene government guidance. “For all set ups, our protocol is that everyone must first and foremost follow their own government guidelines. Any crew to be kept to a minimum, and there must be no physical contact with participants,” he added.

Obviously these techniques won’t work for all TV shows. While a talk show or reality show might be able to adapt to being filmed in participants’ homes, scripted shows in most cases can’t.

But David McGraynor, chief operating officer at ITV Studios, said even where scripted shows have been put on hold, the studio is still able to get work done.

“We have had to pause a significant number of productions, which we are doing in a systematic manner to ensure that we are well placed to resume production as soon as we are able to,” he said. “In this period we continue to work on our development slate to ensure we are ready to quickly meet expected future strong demand for quality shows.”

This work put in during the lockdown will help production on new shows ramp up much more quickly once the social distancing restrictions are lifted.

Atkinson and O’Dell from Fremantle say their teams are similarly able to plan for future shows remotely, while also being able to edit shows where filming has already wrapped. “We are using things like Zoom, Skype TX and VMix to run production teams, and plan for future shows,” they said. “Remote casting of contributors is underway along with daily team planning meetings. Edits are home based, using a wide range of cloud based solutions and supported remotely by external post-production houses.”

Despite all this, production studios still won’t be able to fill TV schedules exactly as they would have without the disruption. But some are producing different types of content to help make up the difference.

For a start, the pandemic has created an appetite for COVID-19 related content, and some studios are seeing fresh commissions come through for shows relating to the disease – designed so that they can still be created despite the social distancing measures.

ITV Studios’ McGranyor for example said MultiStory Media (a production company that sits within ITV Studios) has taken a commission from Channel 4 for ‘The Wedding Lockdown’, a show about a couple who have had to cancel their wedding due to the virus.

And those VAN spoke with touted the possibility of using archive footage and other readily available sources to create new programming. The huge success of Netflix’s “Tiger King”, which rested heavily on footage filmed by the documentary’s subjects, might serve as an inspiration.

Sports broadcasters in particular are turning to this tactic, with some including Sky Sports rebroadcasting old games to help fill their schedules as they miss out on the Premier League finale, the European Championships and the Tokyo Olympics.