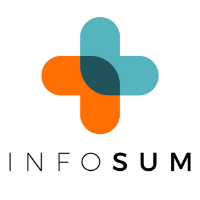 InfoSum, a first-party data platform and identity infrastructure provider, today announced an investment from AT&T’s ad tech arm Xandr. The companies did not disclose the terms of the investment, but the move signals further focus on first-party data on Xandr’s part, as privacy regulations and browsers’ blocking of third-party cookies are driving advertisers and publishers to invest more in their first-party data stores. Prior to the investment from Xandr, the company had raise $8 million in seed funding from backers including Upfront Ventures, Mosaic Ventures and LocalGlobe.

InfoSum, founded in 2015, says it helps companies combine their various siloed first-party data sources, in order to better understand and make decision based off that data. The company also says it allows companies to effectively combine their data sources in a privacy-compliant way, by allowing different companies to upload their customer data into what it calls a ‘bunker’. This enables each business to conduct statistical analyses across the unified dataset without any company actually having to share its raw data.

Nicholas Halstead, founder and CEO of InfoSum, said that the investment from Xandr demonstrates the growing appetite for first-party data solutions. “Government regulators and technology providers are forcing the advertising industry to change the way it has worked for more than a decade,” he said. “InfoSum is building a new ecosystem that will enable the advertising industry to activate their first-party data in this new cookie-free world. Our decentralised technology overcomes the trust, privacy and security challenges that have limited the ability for parties in the advertising ecosystem to build flexible data and identity alliances.

Its access to first-party data has been one of Xandr’s selling points, since its owner AT&T has direct relationships with its 150 million+ customers. But telcos are often wary of sharing this data, since they live and die by their customer relationships. InfoSum’s tech has a fairly clear use case for Xandr, helping it to make its data available for advertising in a way which doesn’t compromise user privacy (while also helping brands use their own fast-party data for their Xandr buys).

But the investment also gives Xandr a stake in a business which feels it is well placed to help solve the challenges currently facing the digital advertising ecosystem. InfoSum says its ‘federated architecture’ (where data isn’t shared between different parties in the ad tech ecosystem) protects user privacy, while enabling the consented use of personal data for ad targeting, without relying on cookies. And the company also believes it can help publishers which are struggling to compete with Google and Facebook, by allowing them to combine their disparate data sources.