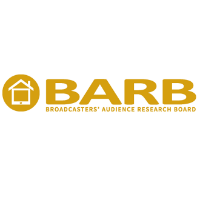 UK TV measurement body BARB announced this morning that it will begin measuring TV shows’ unduplicated reach across TV sets, tablets and PCs, as well as total time spent viewing in the UK across these devices; a significant step as it seeks to meet the industry’s need for better cross-screen measurement. The announcement marks the completion of the third phase of Project Dovetail, BARB’s initiative designed to help advertisers and broadcasters better understand how viewers are watching television on devices other than the TV set.

Starting today, BARB will report on an updated definition of ‘total TV’, which encompass all the new forms of viewing which BARB now measures:

To power this cross-screen measurement, BARB launched a new content ID system at the beginning of the year, which it says links linear and online content across platforms. Episodes are also consistently linked to programmes, programme titles are standardised, and programmes are each assigned to a genre. BARB says this new system will enable more accurate demographic profiles on non-TV viewing devices.

The news means that BARB has completed three of Project Dovetail’s four steps. The first step was collecting and reporting device-based census data, which BARB began doing through its ‘BVOD services report’ back in 2015. Step two was completed in 2018. when BARB began reporting programme average audiences across four screens: TV sets, tablets, PCs and smartphones.

BARB chief executive Justin Sampson said the fourth and final stage is not too far down the line. “The fourth phase focuses on the performance of advertising campaigns across linear and BVOD formats,” he said. “While we ensure these reach and frequency data meet the standards expected of BARB, the industry will have a beta campaign planning tool that projects the incremental reach delivered by BVOD services. We expect this to be ready for user testing in late March.”