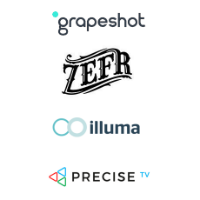 With tightening data regulations and increasingly common browser cookie restrictions, some in the industry predict a return to contextual targeting, at least in the short term. If advertisers find audience data cut off, they may see context as the best alternative way to ensure ads are served to relevant audiences.

One of a number of contextual advertising companies which focuses on YouTube advertising, co-founder Christian Dankl says Precise TV is different through how it targets individual bits of content, rather than using a top-down channel based approach. Precise TV says it analyses contextual data for millions of videos, and uses machine learning to enable more granular targeting – for example, finding videos likely to resonate with people interested in expensive, artisanal coffee, rather than just targeting ‘coffee’ as a broad category.

London-based Illuma says it looks at how consumers are interacting with content, and uses machine learning to identify which content is performing well for which segments, in order to classify context. The company says this means it can identify in real time which sorts of content a given brand should be targeting, given their audience.

Illuma says for example that for a yoga brand, yoga related content might perform best over the campaign’s overall time frame. But there will be times where other content categories like health, news, or gardening may perform better. The company says its “adaptive contextual technology” identifies these trends, enabling more efficient contextual targeting.

Another YouTube specialist, Zefr says it processes the meta data for every video uploaded to YouTube to determine the context of the video and gauge if it’s relevant for a given brand. The company says it forecasts the number of views and impressions a brand will get from their targeting parameters, and also uses a mix of technology and human review to filter for brand safety.

Zefr says one of its differentiators is its “human in the loop” machine learning approach. The company says it first captures attributes important to brands, including their content preferences, their brand values, and their campaign goals in order to create a custom model to identify which content is relevant for the brand. Doing so requires strong training data, which is driven by humans. This means that humans review videos picked out as contextually relevant and brand suitable by Zefr’s algorithm, to ensure it’s on track.

Beemray sells itself as targeting “human context”, which the company says takes into account the user’s mindset and external factors, alongside the content they’re consuming. Beemray ingests information provided in the bid request including IP address, a lat/long, and the URL to make judgements about the individual’s current situation, for example whether they’re at work, at home, or travelling. It then adds in other external data which might be relevant, like weather, traffic, or sports results, to identify contextual moments which will be most relevant for a specific brand.

The company says brands can also use the data they get to build profiles of the types of audiences they should be targeting, without the need to profile individuals. For example, a particular brand might find their ads work best when served to commuters, when it has just started raining, and their football team has just scored.

The solution, ‘Video Context’, turns the audio content of a video into text, and analyses that text in order to determine the video’s context. This information can then be used to determine contextual relevance for brands buying in-stream video ads.

Grapeshot say analysing the audio track has advantages over meta tags which are often set by humans, and not always reliable. But the drawback obviously comes in cases where video have little or no spoken content, or the audio doesn’t represent the video’s visual feed.

SilverPush says Mirrors could, for example, recognise when a user is watching a video of Cristiano Ronaldo scoring a goal, and then serve an ad featuring Ronaldo endorsing a brand. Or it could spot when a brand pops up in a piece of content, and serve an in-video ad for that brand.

IRIS.TV is another established ad tech company to recently release a contextual ad targeting solution for video, launching its solution at Cannes earlier this year.

IRIS.TV already operated video intelligence tech, which broadcasters and publishers could use to serve more relevant content to their audiences. And the company has added to this the ability to classify editorial content into contextual segments. IRIS TV’s personalisation engine, Adaptive Stream, then passes these segments into the client’s ad server, which enables both direct and private marketplace transactions for pre-roll and mid-roll ads to occur, based off these segments.