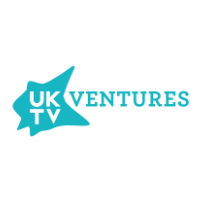 Channel 4’s investment earlier this year in the Meatless Farm Company might have at first sounded like an odd pairing – there’s not much obvious synergy between TV broadcasting and plant-based meat substitutes. But key to the deal is the fact that Channel 4 paid for a stake in Meatless Farm Co with airtime across its linear and on-demand programming, a ‘media for equity’ deal.

Channel 4 is one of a number of European broadcasters who have begun negotiating airtime for equity deals in recent years, spotting an opportunity to help drive new ad spend on to TV.

The concept of trading media for a stake in a company isn’t new. The early 2000s saw a spate of these types of deals. Channel 5 secured a number of media for equity deals in internet companies at the turn of the century, including cheekymonkey.com, thefirstresort.com, and online retailer Firebox. Dennis Publishing also traded inventory for a stake in Firebox, while radio broadcaster GWR trade airtime for equity in CountyWeb.com.

But now the concept is seeing something of a revival. Channel 4’s investment in Meatless Farm Co is just one of several made through its dedicated airtime for equity unit, the Commercial Growth Fund, launched in 2014. Fellow UK broadcaster UKTV launched its own fund, UKTV Ventures, last year. And elsewhere in Europe, Mediaset Group and ProSiebenSat.1 have both run media for equity programmes (though ProSiebenSat.1’s closed down in 2014 after just one year).

Those VAN spoke with said these deals seek to draw small but growing companies onto TV, where they might not otherwise have the resources or the expertise necessary.

Sheena Amin, director of UKTV Ventures outlined the rationale. “We want to allow young start-ups who don’t necessarily have huge amounts of cash in the bank to be able to accelerate their growth and scale to a new level through the brand building and scaling benefits that television advertising can bring,” she said.

The hope is that these first campaigns, enabled by airtime for equity deals, will prove TV’s worth to these younger companies. Particularly given that many of these ‘digital natives’ might be somewhat sceptical of TV advertising’s value. “Our hope is that we will help to nurture the big advertisers of tomorrow, and that through our initial investment in them and proving the case for TV, TV advertising will then continue to be a part of their brand building,” said Amin.

For Vinay Solanki, who heads up Channel 4’s Commercial Growth Fund, it’s less important that the brands they invest in return to TV. “It might take 12-18 months for TV to show its impact, at which point they might come back, or they might spend elsewhere,” he said. “Hopefully we made enough from the trade on a portfolio basis that it’s a sensible commercial decision for us.”

But Solanki says the deals make sense given the number of brands struggling to grow through digital marketing. “What we see, very typically, is companies who are struggling with a growth problem,” he said. “We see some which are scaling very quickly too using digital advertising, but those aren’t necessarily the ones who are perfect for media for equity. What we try to do is help companies evolve their marketing strategies into above the line.”

Solanki says that brands funded through venture capital are often reluctant to invest in TV, since “venture capitalists don’t like putting millions of pounds into marketing avenues unless they’re absolutely sure it’s working. But sometimes you need to spend two or three million testing and learning to get to that point where you’re sure it’s being spent well.”

As well as not having the money to spend on TV advertising, brands which have grown solely through digital advertising often won’t understand TV advertising’s nuances, and here airtime for equity deals can help too. Amin said that UKTV Ventures provides media planning in-house for free as part of its deals, and Solanki said Commercial Growth Fund will work directly with brands in exceptional cases if they don’t have an agency to help. “TV is a peculiar medium with a lot of specific terminology and if you’re brand new to it, there’s a lot to get your head round,” he said.

A Model Set for Growth?

For now, neither UKTV nor Channel 4 frame their investments as strategic investments, where the companies are chosen based on having some benefit to the broadcaster’s wider strategy. Alongside the Meatless Farm Company, Channel 4 has invested in online travel business Travel Local and investment platform Crowdcube among others, while UKTV’s most recent investment was in pet tech company PitPat.

For UKTV’s Sheena Amin, the category of brand they invest in isn’t too important, beyond the fact that television advertising has to be relevant for them, ruling out most B2B brands. What’s more important is that they have a proven monetisation model, and that they’re new to television.

But Solanki said the opportunity exists for follow-on investments, where Channel 4 might invest further in companies which have some wider synergy with the broadcaster. In these cases, it would be important that the brand is something which would chime well with Channel 4’s audience.

And Amin expects the form of investment to grow as more broadcasters see the benefits. “Not only does it help to grow the overall advertising market which is obviously very important, but also it’s a very good way to give a different investment model to the start up community. Particularly where in today’s world there is a lot of dry powder [unused investment capital] and investors increasingly need to differentiate what their offering is to founders and to start-ups.”