A ‘VAST’ Future for Video

A ‘VAST’ Future for Video 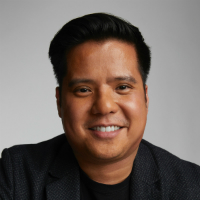 It’s now been around five months since IAB Tech Lab released SIMID (Secure Interactive Media Interface Definition), a set of standards for enabling interactive video advertising, as a replacement for VPAID (Video Player-Ad Interface Definition). But the industry is holding onto VPAID, despite the benefits of Tech Lab’s new standards say Glenn Perera, director of product strategy EMEA at Integral Ad Science. In this piece, Perera looks at the reasons that many are holding onto VPAID, and how the industry can move forward.

The digital advertising industry is sticking to what it knows — VPAID, the long-standing definition for video’s ad serving interface. Despite the obvious benefits of the Internet Advertising Bureau’s (IAB) video ad serving template (VAST), both brands and publishers are now at risk of falling behind and losing out on the opportunities offered by the latest tech innovations.

This viewpoint was cemented for me at a conference earlier this year when I asked the audience if they felt prepared for the latest video standard. Only one person raised their hand, and later admitted to only being ‘half’ ready – queue nervous laughter from the crowd. The reality had hit.

Over the decade since its introduction, VPAID has become the norm for building, verifying, and measuring interactive video ads. It’s seen as the go-to code for instructing video players on when to run ads, how long they will be, and where to insert actions such as pause or play, as well as assessing rich media viewability. And this has been sufficient, until now.

Most brands and publishers recognise this must change. They are aware VPAID is losing its shine for many reasons – including the fact that several of the specification’s key analytical features have now rolled into VAST, and it is being generally replaced by the new Secure Interactive Media Interface Definition (SIMID).

But is it simply fear of the unknown that is stalling our progress here? The industry has been slow to react; you could go as far as to say there is a clear reluctance to move forward here. Therefore, a push for an embrace and acceptance of VAST 4.2 is required to get the industry stakeholders to leave their comfort zones.

What will upgrading achieve?

VPAID had its plus points; the greatest of which was creating a common language between video players and ad units that paved the way for more innovative video ad experiences. But by expanding its remit beyond this original purpose made the technology inefficient and complex. The IAB’s new look video stack aims to fix this issue, and VAST 4.2 is the glue connecting it all together.

The template will help other tools streamline functionality making it easier to produce comparable data across platforms, and gaining a complete view of cross-channel performance.

Not only is the refreshed video toolkit simpler to manage, but it also offers more control. For instance, buyers will be able to use their choice of verification providers via a single integration, instead of operating within the limits of the sell-side preferences or preferred partner’s tech abilities. So, it will be possible to decide which metrics and verification standards they want to implement, plug in and play: covering desktop, mobile, and connected TV (CTV).

Where is action needed?

For now, the main drive to adopt VAST 4.2 is restricted to a handful of first movers. The French ad tech sector seems to be early adopters in the technological progression and innovation as they are already widely embracing the new template.

Across the industry some players are further down the line than others, with publishers’ steps ahead of the broadcasters as they cut the chat and follow through with the implementation of VAST. A surprising factor when we consider the potential this update holds to fuel faster delivery and precise analysis for CTV, in particular.

Advertisers are waiting for publishers to jump, publishers feel demand-side platforms (DSPs) should take the first step and the supply side might not budge until buyers do. No matter who goes first, a shared basis of templates, metrics and mechanisms is vital for video ads to run effectively; let alone enabling greater collective growth.

The only way for anyone to reap the rewards of better video advertising is for everyone to take the first step together. If the industry, as a collective, wants to unlock the full power of video, it will need to quit the use of outdated tools, switching instead to the updated initiatives and build a brighter, VAST video future.