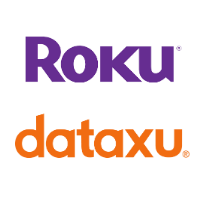 Over-the-top device manufacturer and platform owner Roku has secured a deal to buy demand-side platform Dataxu for $150 million in cash and shares, the company announced today. Roku says the addition of an established DSP to its business will help accelerate the growth of its advertising platform, as advertising continues to account for a larger proportion of Roku’s revenues.

“TV advertising is shifting toward OTT and a data-driven model focused on business outcomes for brands,” said Anthony Wood, chief executive officer at Roku. “The acquisition of Dataxu will accelerate our ad platform while also helping our content partners monetise their inventory even more effectively.”

Roku hasn’t given much detail on how Dataxu will be integrated with its own tech stack, but says the addition enables it to create “a single, data-driven sofware solution to plan, buy, and optimise their ad spend across TV and OTT providers”. Roku also highlighted Dataxu’s talent in software, engineering, data science and analytics, saying that those teams will work with new and existing marketers on Roku’s own advertising platform.

Dataxu had been rumoured to be looking for a buyer for over a year now, though it had originally been seeking a valuation of $300 million according to the Wall Street Journal – double what Roku has paid.

Roku’s acquisition is likely motivated in part by Dataxu’s recent focus on OTT and CTV. Dataxu launched a product called TotalTV for Advertisers just over a year ago, a unified planning and buying tool for investing across linear, connected, and addressable TV. This was followed up earlier this year by the TotalTV Marketplace, which it claimed to be the largest pool of advanced TV inventory available.

Interestingly, Dataxu is one of only two DSPs (the other being The Trade Desk) which earlier this year were granted access to inventory on Amazon’s Fire TV platform, which competes with Roku’s own platform. CTV media apps which are integrated with Amazon Publisher Services can choose to set up private marketplaces to sell their inventory via Dataxu and The Trade Desk, as well as through Amazon’s own DSP.