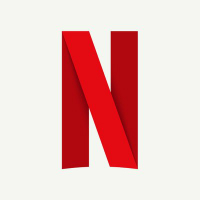 Netflix showed signs of faltering in its latest financial results, with its share price falling by over ten percent as global subscriber growth hit 2.7 million, well short of analysts’ estimates of around five million. In the US meanwhile, the service’s subscriber count fell by 100,000.

While the significance of this miss can be overstated, it’s clear Netflix faces challenges – both from new competitors, and from a likely need to eventually become less reliant on debt to finance its investment.

One route the company could turn to is M&A. CEO Reed Hastings has said the company generally has “no big appetite, no big need” to make any big buys, but that doesn’t mean Netflix will avoid M&A entirely – back in 2017, it bought comic book company Millarworld as a source of IP. Could Netflix turn to acquisitions now, and if so, who might it buy? VAN spoke to some of the leading analysts to find out:

Patrice Cucinello, Director, TMT, Fitch
I think generally their thesis is that they’re going to lean into producing more internally generated content, there’s been a lot of press releases about them extending their production capabilities. When you think about what they could purchase, I think there’s tonnes of valuable IP in the media space, I just don’t know what they would look for. If they were to do anything it would be something which is additive to their IP – though I don’t a large acquisition is likely. Just from a funding perspective, they don’t generate cash, they’re reliant on the debt capital markets as it is to fund content investments, it would be tough to buy someone unless it was a stock-based transaction.

The assets whose names get thrown around a lot in the US are studios, like MGM, Sony and other studios which have been marginalised by the change in consumer consumption of media. They have good IP and good production capabilities – they’re perennially spoken about in terms of whether they’ll merge or who will buy them. In terms of Netflix going after large-scale M&A, I just don’t see it given their public statements, but if they did anything I think it would be more IP-oriented and maybe more niche.

Harry Read, Equity Research, Media, Liberum
When you look at some of the upcoming services Netflix will be competing with like Disney+ and Apple+, they’re committing to building their own content themselves. And at the same time content producers are starting to distribute content via their own platforms, and pulling it from others in order to be competitive, as we’re seeing with Comcast pulling The Office and WarnerMedia pulling Friends from Netflix.

The old adage that content is king still rings true, and those without it will struggle as content dries up. So I think Netflix is going to need extensive studio capabilities in order to create and then distribute its own content, rather than committing large sums to third party content. Netflix’s current model of purchasing content will only be sustainable as long as the equity market allows it, given that they are haemorrhaging cash. M&A would be one way to expand its studio capabilities, and we see the ITV studios as an attractive asset for Netflix, as it holds the scale to produce diverse content. Other potential assets might include specialist studios such as Entertainment One and other indie producers, but the problem with these is their their content might be considered too niche, and Netflix needs large scale content which appeals to mass audiences.

Jeffrey Wlodarczak, Principal and Senior Analyst, Entertainment/Interactive Subscription Services, Pivotal
I don’t think Netflix’s recent miss on its Q2 results was that big of a deal, and it’s certainly not enough to induce Netflix to go do a deal. But deals that would make sense would be studio assets with a library of content… unfortunately there are not that many potentially available, with Sony Studios at the top of the list. The issue is Sony is unlikely to sell (although maybe they could be induced to sell a stake) and there would be a massive amount of interest from other companies if Sony did look to sell (Comcast and Apple to name just a few). And this would likely drive the price through the roof for Netflix if they did want to buy. In the end though they seem more likely to stick with their current strategy, which means partnering with creative teams and doing it themselves.