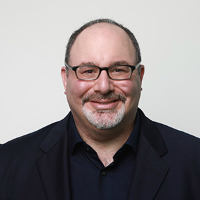 Rewarded video advertising, where consumers get in-app rewards in exchange for watching video ads, has so far largely been restricted to gaming. But Glenn Fishback, chief revenue officer at in-app ad platform Smaato, believes the model can work equally well for all types of apps. In this piece Fishback makes the case that with rewarded video performing so well in gaming, it’s time for other types of publishers to be creative in figuring out how the format can work for them.

In recent years, video formats have emerged as the royalty of in-app advertising, and among these formats, rewarded video has been crowned king. Across myriad measures, the format presents a winning formula: high engagement, positive user experience, significant return on investment (ROI) for brands—you name it. There’s only one conundrum lingering: Given all its benefits, why is rewarded video still being disproportionately featured on gaming apps when compared to the rest of the vast app ecosystem?

On the surface, rewarded video and gaming apps make infinite sense as bedfellows. Rewarded video ads allow viewers to exchange their attention for something of value, and within a game environment, the rewards are often built into the gaming experience itself (an in-game bonus, extra life, hints, or some other kind of useful in-app item). The unfortunate consequence of this almost-innate alignment is that too many non-gaming publishers assumed the format might not be a good fit for their user experience. That couldn’t be further from the truth. Here’s why more app publishers need to be incorporating rewarded video into their monetisation strategies:

Rewards Can Take Many Forms

First things first: App publishers across many categories have the opportunity to reward their users via ad experiences. This isn’t territory exclusive to gaming apps by any means. The key is to consider what incentives might resonate with users and align with the app experience itself. For a fitness app, for example, this might entail letting users unlock new workouts or performance insights in exchange for watching ads. Media apps can offer content that might otherwise be inaccessible. For retail apps, this might be earning in-app points toward discounts or other deals. The opportunity is limited only by a publisher’s creativity.

Another appealing facet of rewarded video is the user experience itself. In today’s competitive app environment, publishers can’t afford to trade short-term revenue gains in ad revenue for the long-term revenue potential that accompanies a loyal user base. Ad experiences that alienate users, even if they command higher prices, aren’t sustainable. Rewarded video, in offering value in exchange for a user’s time, is highly favoured by users. In fact, research from Millward Brown found that almost 70 percent of users view these ads as positive, while instream pre-roll and outstream video were not regarded as highly.

Demographic Appeal Is Broader Than You Think

By virtue of rewarded video’s prevalence in gaming apps, app publishers might assume that only a narrow demographic of app users today have been conditioned to appreciate this experience—but our data shows otherwise. In fact, on the Smaato platform, the audience for rewarded video is typically older (33-41) than the average audience for all video ads (24-32). Rewarded video also has a far higher share of female users (57 percent). That means that not only is rewarded video an effective tool for advertisers looking to reach a wider range of audiences, but it also resonates with a larger swath of app users than some publishers realise.

Cost and ROI Hit a Sweet Spot for All

Across the board, mobile video ads come at a higher cost than display ads, which makes them appealing for publishers over standard display. That said, video ads also guarantee a higher engagement rate, which is especially important for performance marketers that are after a high click-through rate (CTR) and need to drive conversions. Those figures translate to (effective cost per mille) eCPMs that are 8.2 times higher for video than display, with an average CTR that is 7.5 times higher. Interestingly, costs for rewarded video ads fall below the overall video average, while still maintaining performance similar to other video formats. This makes rewarded video particularly appealing to advertisers who might be otherwise put off by the higher eCPMs of video, thereby allowing publishers to drive greater loyalty and goodwill with their advertisers as well as users.

Overall, rewarded video represents a winning proposition for publishers and advertisers because it puts the user first and drives significant performance for advertisers. It’s time for the industry to think well beyond gaming apps when it comes to capitalising on this win-win opportunity. Rewarded video warrants a seat at the centre of all publishers’ in-app monetisation.