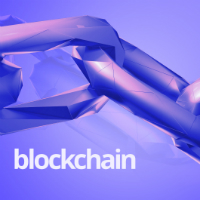 The use of blockchain and its potential use cases in advertising has been an industry discussion point for a few years now. The hype cycle started around the start of 2017 when the first flurry of press releases for blockchain-based ad tech solutions emerged. This was followed by a year or two of disillusionment as some of the early solutions struggled to gain traction.

However, as VAN reported in last year’s Video & TV Advertising Guide, this doesn’t necessarily mean that blockchain won’t have a role to play. It’s just a question of time. “I think this is typical of new technologies that come along that have either a lot of venture capital funding or large technology company funding – the adoption of that technology always lags behind the desire of the folks who are selling it,” said Jack Smith, chief product officer at GroupM.

But where are we at with blockchain in advertising? What role will it play and how long before it hits the mainstream? VAN spoke with some of those working on blockchain solutions to find out.

Figuring Out Use Cases

As with any new technology, there’s a test and learn phase when it comes figuring out where it fits in, if at all. When the initial hype started to build around around blockchain, some painted it as something of a silver bullet that would solve all of the industry’s woes, spanning everything from data protection and transparency, right through to supply chain efficiency and brand safety.

Whilst that early optimism went too far too soon, behind the scenes many people have been working out where the real value lies. “When the excitement was first arising, a lot of companies were trying to apply blockchain to a lot of areas of the supply chain where perhaps it wasn’t fit for purpose, at least at this point,” said Jason Manningham, general manager of Blockgraph, a FreeWheel-owned solution which uses some of blockchain’s components to match datasets for TV advertising. “So for example where high-speed data use was required, blockchain wasn’t a particularly valuable tool. That’s not to say it won’t improve, but there are properties around blockchain that make it particularly well suited for certain use cases and less well suited for others.”

Manningham said that we have reached a point where we’re starting to understand where blockchain is useful – areas like measurement, inventory ownership, and supply chain providence.

Smith however added that there still needs to be further refinement in understanding where blockchain is most useful. “I think we have a good idea of areas, but some of them are quite broad,” he said. “So if we’re talking about supply chain management, what part of supply chain management are we referring to, and what benefits are you deriving out of using it that you couldn’t get by using good old-fashioned data storage?”

Edison Lim, application lead at Zilliqa, a high throughput blockchain platform which is working with Mindshare on ‘Project Proton’  to build blockchain applications for digital advertising, agreed. He said that while some blockchain use cases have become clear, advertising is a large and complex industry, and there is still work to be done to discern exactly where it can add the most value. Currently, Zilliqa sees the most promise in reconciliation – Project Proton has created a system for using smart contracts to ensure that advertisers only pay for impressions which are brand safe and fraud-free.

A few months ago Project Proton delivered a test campaign run with PepsiCo that drove a 28 percent increase in efficiency using smart contracts that help ensure that advertisers only pay for impressions which are brand safe and fraud-free. Prior to this announcement though, Lim explained that there had been a lot of iteration behind the scenes to make sure the solution would actually work.

Blockgraph’s Manningham also said that there had been a lot of unseen testing of the product before it moved into its pilot phase at the end of last year. “When we first announced the initiative we were in a beta programme where we were collaboratively working side-by-side with people who had announced excitement around the initiative. But that beta programme was really around validating the concept, gathering the requirements and use cases, and doing some proof of concepts to prove out the technology.”

Toyota announced last October that it saw a 21 percent lift in performance when working with blockchain analytics company Lucidity, and blockchain ad tech company MadHive’s recently announced partnerships with Tegna and Beachfront are further evidence that blockchain is starting to cut through.

How Long Until the Blockchain Revolution?

Whilst the first green shoots of blockchain are encouraging, it still doesn’t feel like we’re at the beginning of something truly transformative. “What we’re starting to see are companies that have some tech as third parties, and they’re still relatively nascent, but none of them have scaled,” said GroupM’s Smith. “So whether we’re talking about a third-party company who has a point solution for solving a very specific problem, none of those have scaled. And then if you look at enterprise blockchains generally within our business, including us, we haven’t scaled those things internally either.”

So how long will we have to wait for blockchain solutions to scale? AdEx, a blockchain powered exchange, say they actually started running campaigns last year, but went back into beta after deciding to build their own protocol, since they had to redesign the platform around this new protocol. However they expect a full roll-out relatively soon. Similarly, Manningham said that Blockgraph will be learning from its pilot phase and scale to more distributors, TV networks and advertisers over the coming year.

But making solid predictions is tricky. Smith said there was “no way” he would predict how long it would be before we saw blockchain solutions deployed at scale and having a sizeable impact on the advertising ecosystem, adding that “And I think anyone who makes a prediction doesn’t really understand how technology gets adopted,” he added.

Lim agreed, saying that it’s hard to give a timeline even for Project Proton’s own solutions. “We need collaboration from multiple parties, not just Mindshare and Zilliqa, but all the different parties involved in programmatic advertising, as well as the regulators,” he said.

Projects like AdLedger, which seeks to create global technical standards for blockchain solutions in advertising, will help foster this collaboration, but even so it’s hard to say how quickly progress will be made.

If and when the blockchain revolution does arrive though, it won’t necessarily be obvious. An interesting and unintended side-effect of the blockchain hype train is that some of those working with genuine blockchain solutions now de-emphasise the tech in their sales pitches.

“Whenever we talk with others about what we do, the reaction is usually a very heavy eye-roll, because people are thinking we’re yet another blockchain project, and people are very wary of that,” said Vanina Ivanova, CMO at AdEx. “So this is why we’re trying to move away from the term blockchain a bit, and move towards explaining how we solve problems.”

Plus, as those VAN spoke with emphasised, what’s important about blockchain isn’t the tech itself, but the solutions it enables. And with the blockchain hype dying down, more companies will be focused on talking about that their product actually does, rather than the underlying technology. We’re seeing signs of this already. Blockchain-based marketplace NYIAX announced a new partnership with IPONWEB earlier this week, but the press release didn’t use the word ‘blockchain’ even once.