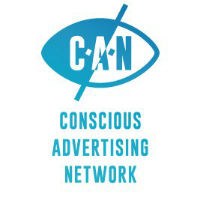 Yesterday saw the launch of the Conscious Advertising Network (CAN), a coalition of advertisers pledging to help drive an ethical renaissance in the advertising industry. But as we’ve seen in the past, brands aren’t always consistent with how they put pressure of platforms and tech companies to clean up advertising. And when it comes to questions around defunding problematic content and fake news, tricky issues around free speech which arise. VAN spoke with CAN co-chair Harriet Kingaby to hear how they’re tackling these issues.

What’s the idea behind the Conscious Advertising Network?

The Conscious Advertising Network is a voluntary coalition of brands, agencies, tech providers, and also NGOs and interest groups, who have all grouped around this idea that the ethics needs to catch up with the technology of modern advertising.

We started out around 18 months ago when Jake [Dubbins, CAN co-founder] and I met at an event, and we were talking about whether advertising could have this conscious consumerism movement, given that the way advertising is bought and sold has such serious real world impacts. It was just around the time of the Times investigation which had shown that advertising was funding terrorist content, and we were seeing things appearing online which really shouldn’t be there, and advertising next to it.

So we’ve spent the last 18 months liaising with the industry and partnering with specialists to write six manifestos in six areas where we think advertising needs to look beyond its current practices: diversity, hate speech, consent, fake news, children’s welfare and ad fraud.

We believe very strongly that advertisers have a huge responsibility when it comes to their digital supply chain. So for example, if you’re a big retailer and you’ve got commitments around diversity, but you have adverts appearing next to content which contradicts that, that’s a massive problem.

The idea of CAN is to map out achievable leadership positions within those six areas to create this really tangible set of actions, which advertisers can ask their agencies and tech providers to put in place. It helps advertisers ask the right questions of their supply chain, and really we’re hoping it will start the conversation which leads to changes to try to fix these problems.

Why are you mainly speaking to advertisers, as opposed to the platforms or publishers?

We think that advertisers have the ability to make the biggest changes, as it’s their money that’s being spent, and their adverts which are appearing in places where they wouldn’t want them to. Our goal is that the principles laid out in the manifesto become a hygiene factor, so that they’re put out in all RFPs that go out. And one of the things we’ve been doing is working with the intermediaries, The Observatory International, AAR and Creative Brief, to look at how we might encourage their members to put these principles in their briefs.

There’s some scepticism around how committed brands are to tackling these problems, given how some have pulled spending from platforms like YouTube after brand safety scandals, only to return once the media storm has died down. Are brands really committed to these issues?

I think it completely depends on the brand. I completely understand the scepticism, and we are marketers ourselves, so we understand that brands do things for business reasons. And one of the things we’d argue is that this isn’t just a good thing from an ethical standpoint, it’s a good thing from a business standpoint. What we’ve got is a situation where advertising is appearing in places where it won’t be seen, and ad fraud is costing the industry billions. And from the consumer’s point of view, if they see their favourite brand next to something that they think really contradicts it, we’ve seen with campaigns like Stop Funding Hate and Stop Funding Fake News, that advertisers are capable of responding very quickly. The goal of advertising it to reach audiences in contexts which matter, and if you’re appearing next to content which creates dissonance, then that’s a problem.

The other thing I’d say is earlier this year a think tank called Credos found that consumers think advertisers can be trusted less than bankers and energy companies. Part of that is due to how people don’t see themselves represented in advertising, and that’s something that the diversity manifesto looks at – how you can avoid advertising that’s tone deaf and how you can make sure your advertising is genuinely representative.

So there is this reputational issue to deal with. If advertisers want to stay effective, and to stay one step ahead of regulation, I think the behaviours which CAN maps out can build trust in the industry, and also deliver better advertising.

To what extent has technology caused the problems you’re targeting? And can tech help solve those problems?

The agencies and advertisers we speak to want solutions to these problems. They want efficient advertising, and many of them are parents themselves, so it’s unlikely that they’d want to be funding content which causes problems for children’s well-being.

I think there’s a huge role that technology can play in making this better. There’s different ad formats that can be used, and we’re already starting to see innovation in terms of organisations producing new blacklists and whitelists based on what we’ve been telling them. And I think platforms have a huge role to play here too.

Almost two thirds of digital display advertising will be traded programmatically in 2019, and those figures are going to rise. So by getting our house in order now, we’re creating a better ecosystem for the future.

When we talk about defunding hate speech and fake news, some will inevitably raise concerns about free speech. How do you choose where to draw the line, and make sure you don’t veer into censorship?

We have people from all over the political spectrum as part of CAN, and there was a lot of debate over where we draw the line for hate speech when we first came together. So rather than saying “just take our point of view on where the line is”, we’ve actually looked to the UN. We took part in the UN Global Compact for Migration in Marrakesh last year, which looked at the role of advertising in spreading hate speech around migrants and refugees. The UN has some great guidance on this, so within the hate speech manifesto we use the Rabat principles written up by the UN to define what hate speech means. And that includes things like using dehumanising language, such as calling people cockroaches, or stories about specific groups which are overwhelmingly negative.

So that’s how we try to ensure we’re not censoring things, we’re just helping people to define, using these guidelines, where they think the line is. And obviously different brands will have different red lines depending on their internal cultures and brand guidelines. That’s really important to us, we wanted to keep the principles of our manifestos as flexible as possible.

Fake news is really difficult, because there’s no third party which has really defined it. Again what we sought to do is lay out some categories of what we think constitutes fake news and misinformation, and then we’ve pointed to tech providers or organisations who are doing much more detailed analysis of this. So that’s organisations like Factmata and BrandGuard, who are looking at how information is presented on various sites, and how they can be rated in terms of fake news.

In an industry this size, how long do you predict it will take to make a significant difference?

We’ve already seen amazing case studies of when advertisers take a stand, or ask their agencies to do something different. So a couple of years ago HP challenged their agencies to become much more diverse – they wanted more diverse people represented in their advertising, and represented in the agencies which they worked with. And over the course two years there was a big uptick in diversity in the agencies, and in brand perception and intent to buy around HP products. So you can see there how when a brand takes a stand like that, they can see great results.

In terms of our membership, not everyone who is using our manifestos is signed up. So we’ve had really interesting anecdotal reports of CMOs thinking about how to incorporate them without publicly saying anything. And then in terms of members who are already out there, The Body Shop is about to train its global marketing team and embed the principles in its global marketing strategy, so that’s huge.

And then we’ve got organisations like Accenture Interactive who are encouraging their clients to adopt these principles. And we’re supported by ISBA in the UK, and our dialogue with them has been very positive, and they represent major, major brands. Our strategy has been to go after the big brands, because obviously you’re going to get the biggest changes if the organisations with the most money sign up and adopt these principles.

The other thing worth noting is that most of these initiatives already exist, we’re just signposting people to what is already out there, so these changes are already happening. But then signing up to CAN is a statement of intent, so I hope what’s going to happen is we’re going to see a critical mass of organisations who sign up and start asking these questions, which will have a ripple effect throughout the industry. And then hopefully we’ll see big changes happening over the next year.