Are We Winning the War on Ad Fraud?

Are We Winning the War on Ad Fraud? 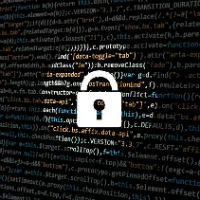 Trying to gauge the current state of ad fraud can be tricky – one week a new report will suggest we’re turning the tide against fraudsters, and the next a different study will claim that fraud is worse than ever.

Usually these discrepancies can be accounted for by the fact that the reports are looking at different types of fraud, or using different metrics. But it still raises the question – are we actually winning the war against ad fraud?

One Step Forward, One Step Back?

Those VAN spoke with all agreed that in some areas at least, the industry has been successful in reducing fraud rates – with the most significant gains made where all parts of the industry works together.

“Collaborative efforts work the best. Sometimes the buy-side will get frustrated, so they’ll get together and create a working group, and then the sell-side will do the same separately,” said Victoria Chappell, senior marketing director EMEA at Integral Ad Science. “But it’s really the collaboration across all sides of our industry which has been most successful. So the Trustworthy Accountability Group’s ‘Certified Against Fraud’ initiative has been great, and ads.txt really has increased transparency and has had an impact.”

IAS’s data found that when all components of the ad ecosystem are TAG compliant, the invalid traffic (IVT) rates for display advertising drops by 94 percent. And the IAB’s ads.txt initiative, which helps cut out domain spoofing, has been fairly successful in getting publishers to host ads.txt files. “To date, over two million publishers are using ads.txt and all the main DSPs [demand-side platforms] are able to filter for ads.txt inventory,” said Tina Lakhani, ad tech and standards manager at IAB UK.

And there has been progress in the general awareness of ad fraud across the industry, which higher rates of adoption of fraud prevention tech on both the buy-side and the sell-side. Michael Tiffany, co-founder and president of White Ops, said that more and more spend is going through programmatic buying channels with built-in fraud protection created by third-parties, rather than in-house – which five years ago “wasn’t even an option.”

The good news from fraud protection vendors is that their ability to detect and prevent certain types of fraud is improving all the time. But Roy Rosenfeld, VP of product management at DoubleVerify, said that most progress has been made with the “low-hanging fruit”, like desktop display advertising and the simpler types of bot fraud.

And as always in the ad tech arms race, “bad actors” are constantly finding new fraud protection workarounds. This is perhaps best demonstrated by how ads.txt itself has been exploited.

Domain spoofers have been creating sites that list out the very same resellers that are listed on the legitimate site’s ads.txt files in order to avoid detection.

And as more ad spend flows into new emerging areas for digital advertising, the fraudsters tend to follow as new formats and new devices often open up new opportunities for exploitation.

“As time goes by, people like us come up with solutions, and fraudsters are trying to circumvent those solutions – that’s generally true,” said Rosenfeld. “But when you consider new environments like CTV, there are always different ways ads are transacted and delivered which open up more ways for fraud to sift through. So they require new ways of thinking and new technologies to fight the fraud.”

Connected TV and mobile apps were generally accepted by those VAN spoke with as the key emerging battlegrounds in the war against fraud. “OTT is going to be a huge priority for us. Historically we’ve seen how fraudsters do follow media spend,” said Chappell. “OTT environments are quite uniquely different from desktop and from mobile, so a whole new tech stack needs to be built to address it, and that’s what we’re working on.”

Meanwhile for mobile in-app advertising, a recent DoubleVerify study found that the number of sophisticated invalid traffic (SIVT) impressions doubled year-on-year in 2018, with the number of fraudulent apps up by 159 percent. The industry is responding though. For example, the IAB’s mobile app version of ads.txt, app-ads.txt was recently finalised, although nobody expects that the fraudsters won’t continue to fight back.

Are We Turning the Tide?

So with fraud declining in some areas and rising in others, are we in a better place than we were five years ago? “I don’t think it can be stated in that way, it’s not really a better or worse situation,” said Chappell. “What we see is that fraud is continually fluctuating. At the end of 2017, our Media Quality Report said the level of fraud was 0.5 percent, and then at the end of 2018 it was 1 percent. So objectively, you might think ‘oh God, fraud doubled in that time!’. But what we know is that over the course of that year it dipped down and it went up.”

But Chappell said that in terms of the general level of education across all sides of the industry, and the abilities of the tools we have to fight fraud, there has been improvement.

White Ops’ Tiffany meanwhile believes that there’s “no question” that things have improved over the past five years, particularly if we look at the incentives for criminals to commit ad fraud. “There are of course a wide variety of types of fraud, and over the past five years fraud has gone down in some places while it has risen in others,” he said. “So I think the best way to look at it is to look at the overall profitability of the bad actors. And that’s where we’re projecting a modest but real improvement. And that’s even more significant than the modest reduction on the numbers, because it demonstrates that the tide can be turned.”

On this front, there have been a number of significant improvements. “Last year, we saw law enforcement in regards to online ad fraud with the 3ve operation in the US,” said IAB UK’s Lakhani. “This signalled a landmark shift in how ad fraud is regarded – not just as bad practice but illegal fraud – creating a significant disincentive for fraudsters.”

Tiffany says the investigative and judicial “muscles” which were developed in the takedowns of 3ve and Methbot can be brought to bear on a wider range of perpetrators, meaning similar takedowns should be even more efficient in the future. And the dismantling of both these schemes means that even those who weren’t arrested are affected, since they now have to rebuild everything from scratch. “And that goes into the ‘cost’ column, and they have to weigh those up against their profits,” said Tiffany.

So while fraud may rise in some areas and drop in others, as the costs of ad fraud rise and profits fall, we might say that progress is being made overall.

A Winnable Fight or a Game of Whack-A-Mole?

But if we are making progress the question remains, are we actually any closer to winning the war against ad fraud? Is it even possible that ad fraud rates might one day drop to zero? Or will the fight remain a game of ‘whack a mole’, where as soon as we stamp out one form of fraud, another rears its head?

The answer is a resounding ‘maybe’. “Fraudsters will always look at ways to infiltrate any systems so while we have made great strides, it’s imperative that we don’t take our eye off the ball,” said Lakhani. And Chappell agreed; “Fraud is highly lucrative, and for those who have that skill and knowledge, it’s readily available and has low barriers to entry,” she said. “If we want to fully eradicate fraud, that’s probably not going to happen. But we will get better at fighting and preventing it.”

Rosenfeld said that in the same way that CTV is opening up new avenues for fraud, in the future other new devices or forms of inventory will cause similar problems. “Because there’s always the need to reach consumers in new areas, you just see fraud moving from areas where it’s hard to make money to new areas where there are less controls, and less people watching them.”

But Tiffany believes that to achieve any kind of victory, reducing the profitability of ad fraud is imperative. “No one knows how to make an unhackable system yet, so that’s not the way to win,” he said. “But what we can do is raise the cost to the bad guys, raise the risk of getting caught and facing real consequences, and shrink the profitability. And so we do reach a point where the costs and risks go up and the profitability goes down, so it’s a dramatically less attractive crime.”

“Will there be some people who still want to pit themselves against it? I’m sure there will be,” he continued. “But if we dramatically decrease the profitability, I think we can shrink this problem by 90 percent. I’m shooting for 99 percent.”