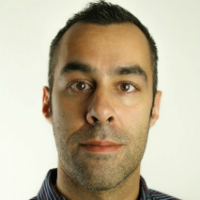 As part of the ‘Buy-Side View’ series, VAN will be interviewing people working for brands and agencies to hear their views on the biggest topics in video and TV advertising today – from the rise of over-the-top (OTT) to brand in-housing of media buying, to metrics. This week we spoke with Alexander Pasch, head of programmatic and media strategist at Schneider Electric, a global company focusing on energy management solutions, who discussed why sourcing the right content is one of his biggest challenges in video advertising, why he’s not convinced by influencer marketing, and which ad tech solutions deliver the most impact for his business.

What is your biggest bugbear when it comes to video and OTT advertising?

For us specifically, one of the biggest issues is getting the right content. We’re a B2B company, so we usually get rather long videos, which are perfect to detail our products and solutions, but they’re not perfect for advertising. So we might get some epic ‘Gone With the Wind’ video which is great at explaining the product, but ends up being four minutes long! And obviously in terms of advertising, the shorter the better.

I’m not a big fan of those six second clips, but I think we should be able to get something like fifteen seconds, and that’s still a challenge for us.

The other thing when we look at vendors when it comes to placing videos, is getting coherent reporting back, because it seems that it varies from channel to channel. So if I run a YouTube campaign it ends up having very different metrics than I receive when running a video campaign on Facebook.

How much media buying – if any – are you carrying out in-house?

All of it really. I guess you could refer to us as an in-house agency, although we don’t like hearing that because we’re not an agency in that sense, we’re really a part of the company! But everything we do, we do ourselves at this point.

Which ad tech solution has delivered the most impact for your business?

If I look back a couple of years, we ran our video pretty much exclusively on YouTube. But more recently we’ve started buying video programmatically, using DataXu as our demand-side platform. We are able to make these video ads much more targeted than we could on YouTube as we can layer all kinds of data strings over the campaign. For example we purchase intent data very specific for our verticals from Oracle, and then we run video campaigns against those, which has proven to be very successful.

Which do you think video advertising is the most effective for – generating awareness and brand-building, or driving short-term sales?

Are you investing in OTT advertising?  How will the shift towards OTT change your TV buying strategy?

We’re looking into it. Truth be told we really don’t do any TV advertising, we have some dedicated sponsoring programmes with companies like CNBC, but those are the exception to the rule.

But we’re looking into programmatically traded TV quite a bit, which I guess is essentially OTT video. We’re not 100 percent there yet, because I think the landscape hasn’t really developed that far, if you’re using it at this point it’s much more for B2C companies rather than B2B – though we do have some B2C activities, so we’d be curious to look into that one. It hasn’t developed yet which is really more on our side as the campaigns aren’t ready yet, but I have plans to work with OTT for that, which might be next year.

So I guess in a sense it would change our TV buying strategy in that we would be placing a bigger focus on TV than we do now.

What could brands do to help clean up the industry?

Obviously one big issue is brand safety, which we care about a lot as well – we still run YouTube campaigns, but truth be told I don’t think Google has done a lot in terms of ensuring brand safety.

I think it’s definitely brands’ responsibility to help clean this up, which might involve pausing spending on those platforms. I think often with these big internet giants, the only language they really speak is money, so if a company like P&G pulls their spending, that hurts them more than if we just give them a slap on the finger. And one thing that I see a lot is that there’s maybe a month of outrage about Google and YouTube, and then advertisers quietly come back and continue spending. I think it’s fairly easy for Google to sit out this one month storm in a teacup, because they know the advertisers will come back!

I think the second part is it’s also the brand’s responsibility to check on their campaigns. By default, the internet, and YouTube and all those social media places always have dark little corners. So I think there needs to be more engagement from brands, to not just outsource brand safety to vendors, but to take it more seriously themselves. And if that means upping your staff or having a bigger retainer with your agency so they’re able to look into those things, that would help a lot as well.

Which metrics do you value the most when it comes to video and OTT advertising?

We typically look a lot at video completion, and anything from 50 percent upwards is good for me. For me it’s about finding out about the intent of the people we’re reaching. What we typically do is since we use video at the top of the funnel, we might then build custom audiences of people who watched X percent of the video, because we see there’s a bigger interest from them. Then we can follow up with other means of communication, like a second more detailed video.

The end goal for us is to bring get people to opt-in to our funnel, and that’s a good place to start.

If you had £1,000,000 to spend and were forced to choose between content marketing, influencer marketing or paid advertising, which would you choose and why?

If I could I would probably split it in a smart way between paid advertising and content marketing… I’m not too much of a fan of influencer marketing, because I’m not sold on the idea of influencers.

That might be because my company isn’t trying to sell coca cola! We have software solutions for industrial automation, and the number of proper influencers for this area is somewhat limited. But I’ve never really understood the idea of influencers. In my mind, if we have a good product, people would be talking about it anyway without us paying them to talk about it. But maybe that’s me being too old to understand influencers, something must be working otherwise it wouldn’t exist I suppose!

But with that sort of money I’d definitely go for content, because especially in B2B content works really well as our products and solutions might need more explanation around them. And it can be set up in a very non-annoying way for customers. But I’d definitely have some paid advertising behind that, to really try to drive leads when we see them.

Out of all the video and TV advertising campaigns you’ve been involved with, which are you most proud of?

We did a campaign in the UK one and a half years ago which relied more heavily on video, and for that one we used a lot of really cool short videos of those customer stories that I mentioned before. We used those to create awareness and to drive people first and foremost to a website where we picked them up. Then we had a second video, depending on the people who had landed on the website, to go deeper into the issues that were relevant to those people based on their web behaviour.

That worked extremely well for us and we had crazy completion rates for those videos and crazy amounts of website visits. And then we were able to take that further and remarket to those people with other videos, be it on social or the broader web, before we then finally handed them over to our marketing automation software.