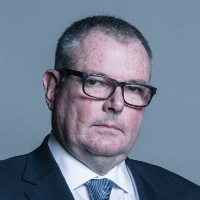 Lord Gilbert of Panteg, Chairman
of the Select Committee on Communications

The UK’s House of Lords Communications Committee today launched a new inquiry asking whether there is a future for public service broadcasters (PSBs) given the challenges they’re facing from digital competitors like Netflix and Amazon Prime Video. The committee has called for evidence on a number of questions, one of which asks whether PSBs are even worth saving, should they struggle to survive without government intervention.

The committee says it is investigating three specific questions:

The basis for the investigation seems to be not only the fact that VOD services are competing with PSBs for audiences and ad revenue, but that they’re in some cases fulfilling the PSBs’ brief too. For example, public sector broadcasting is supposed to ensure all demographics in the UK are represented on television, but Ofcom research cited by the committee last year found that BAME groups saw Netflix as more representative than the BBC. And while PSBs are responsible for the majority of investment of UK TV production, international OTT services are increasingly commissioning UK content themselves.

However there are a number of PSB obligations which OTT services don’t fulfil, as the Chairman of the Committee Lord Gilbert pointed out. “Public service broadcasters must fulfil a range of obligations, including on the volume and type of adverts they show, programming in specific genres, the way they commission content, the audiences they serve and the watershed,” he said. “On-demand services do not have these obligations and it has been suggested that these big budget productions are pricing public service broadcasters out of the market by inflating production costs.”

The committee appears to be considering all options. While it does suggest the possibility that PSBs may no longer be fit for purpose, it is also asking for evidence on how OTT platforms could be regulated, and how regulation of PSBs might be modernised and relaxed, in order to create a more level playing field.