How is Europe Regulating FAANG? An Overview for Those Struggling to Keep Up

How is Europe Regulating FAANG? An Overview for Those Struggling to Keep Up 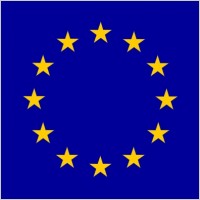 While the tech giants have been at the centre of numerous scandals around privacy, fake news and anti-competitive practices over the past few years, none of this seems to have particularly harmed any of their businesses, with Facebook and Google both posting healthy growth in ad sales in their most recent quarters.

But we have seen a slow but steady trend towards governments taking meaningful action as politicians call for for greater regulation and oversight of FAANG (Facebook, Apple, Amazon, Netflix, Google) and their ilk.

As the number of regulatory stories can be overwhelming even for those tracking them, here’s a breakdown of what has been happening across Europe.

Those looking for further regulation of tech companies may look first to the EU, given the ability the trading bloc has to coordinate policy across a number of big economies.

And competition commissioner Margrethe Vestager has certainly shown an appetite for clamping down on companies like Google. She has been behind some of the most punishing fines handed out to the US tech giants, including a $14.8 billion fine for Apple over tax evasion in 2016, and separate fines of $5 billion and $2.7 billion for Google over the past two years for antitrust violations.

Whether this streak will continue though is uncertain, with Vestager potentially out of a job later this year. The current Commission’s term ends in October, and it’s unlikely she’ll be nominated again as Denmark’s commissioner since her party no longer holds power.

Elsewhere, regulatory efforts appear to be having mixed results. The General Data Protection Regulation, which came into force last year, was designed to strengthen protection of consumer data, but whether it’s hurt or helped the tech giants is debatable. Google was early this year the target of the largest fine handed out under GDPR so far. But some have argued that Google, Amazon and Facebook will only be strengthened by GDPR as they have direct access to their users and to the large amounts of first-party data that come with it.

There are worries too that the upcoming ePrivacy directive will further play into their hands, effectively killing the use of cookies in advertising and making ad targeting only viable for those with access to first-party data and logged in users.

More recently, a new copyright law set to be passed later this year might well hurt big tech companies, but smaller businesses could be caught in the crossfire. The law would place extra obligations on sites hosting user uploaded content to remove copyrighted content – but big platforms like YouTube already do this to an extent, so it’s more likely to hurt smaller businesses which can’t afford to vet their content.

It would also prevent sites from posting anything other than “very short extracts” of news articles without a license from the original publication. This could be bad for services like Google News, with Google suggesting its news services could be shuttered in EU countries if the law is passed.

There are other measures in the works though which are more specifically targeted at the most powerful tech businesses.

Legislation was proposed last year to make app stores, search engines and e-commerce sites more transparent about how they rank their search results, and why some services are delisted.

There have also been movements towards a coordinated tech tax, designed to clamp down on big businesses which have by and large avoided paying much tax within the EU. Some within the EU have been slow to act, but French finance minister Bruno Le Maire claimed late last month that an agreement “is now within reach”, and that a deal will be announced by May.

And the EU has targeted international streaming platforms like Netflix and Amazon Prime Video too, mandating that at least thirty percent of each streaming service’s content must be locally produced. While at its basic level this only requires streaming services to hold thirty percent European content within the EU, each individual country may choose to up the quota to forty percent, and could introduce country-specific quotas too.

Perhaps the most active individual country within Europe has been Germany, which has backed up talk about regulation with meaningful action.

Earlier this month, Germany’s Federal Cartel Office ordered Facebook to change the way it collects and shares data between its properties, arguing that it has abused its market position to coerce users into handing over personal information without their knowledge or voluntary consent. If Facebook doesn’t comply, the FCO has power to impose a fine of up to ten percent of worldwide group turnover for the previous fiscal year.

The government also introduced tough new laws in 2017 which placed responsibility on online platforms to moderate and remove hate speech and other criminal content from their properties. Social media platforms must remove posts containing “obviously illegal” material within 24 hours of being notified of it, or within seven days if it’s not so obvious. Failing to meet these deadlines can carry fines of up to €50 million.

Facebook and Twitter have introduced specific new tools onto their German sites in response, and hired and trained new moderators in Germany to help vet content.

There could be further action from Germany in the works too. Germany’s domestic intelligence agency suggested last year that if progress isn’t made at an EU level on holding social media companies accountable for hosting dangerous or illegal content, more regulation might have to be introduced in Germany.

And Germany’s top telco regulator said last summer that it believes providers of email and messaging services should be regulated in the same way as ordinary telecommunications companies. “What we are seeing is that the line between traditional telecommunications services and web-based services like Gmail and WhatsApp has become very blurred,” said Jochen Homann, president of the regulator told the Financial Times.

The regulator has been in a legal battle with Google since 2014 to make it register Gmail as a telecoms operator, which Homann sees as a test case for similar measures being imposed on other messaging services.

The UK has a number of investigations under way, and calls for more regulation are loud and frequent but so far not much has been done in terms of actual legislation.

Just last week a report on fake news from the department of Digital, Culture, Media and Sport (DCMS) accused Facebook of acting like “digital gangsters” by not cooperating fully with investigations into how the platform was used by malicious actors to influence political votes. The report called for comprehensive new regulations, including a mandatory code of ethics for how social media companies operate, and for an independent regulator to have the power to bring legal cases against social media businesses and force them to hand over user data.

This followed hot on the heels from a separate DCMS investigation into the sustainability of journalism in the UK. The final report said that the UK’s competition and markets authority should investigate the digital ad industry, and for regulatory oversight of online platforms relationships with new publishers.

A white paper on ‘online harms’ is also in the works, looking at how social media and digital platforms contribute to child abuse, cyberbullying, fake news and internet addiction. The UK culture department has said the paper will consider whether a regulator is necessary.

But for all of these, the government has yet to actually commit to additional regulatory oversight.

But it is set to go ahead with its own tech tax, announced in last year’s Autumn budget. The chancellor proposed a new two percent tax on UK sales made by large digital companies (those making over £500m per year globally), set to begin in April 2020.

France has been one of Europe’s biggest proponents of a tech tax, with finance minister Bruno Le Maire helping push forward an EU-wide tech tax (described above). And while it’s waited for progress on a Europe-wide level, the country has pushed ahead with its own domestic tech tax which came into force on January 1st. Le Maire anticipates that the new tax will raise €500 million per year.

French president Emmanuel Macron has also shown willingness to square off with the tech giants. In an interview with Wired magazine last year, the president described FAANG as at risk of becoming “too big to govern”. “All I know is that if I don’t, at a point of time, have this discussion and regulate them, I put myself in a situation not to be sovereign anymore,” he said.

As the president considers how this regulation might look, the country has imposed several more measures designed to rein in the tech companies. The government has secured an agreement with Facebook which will see French regulators embedded within the company to monitor how it fights hate speech on its platform. Macron suggested that he’d like to impose similar measures on Google, Apple and Amazon.

Le Maire and secretary of state for digital affairs Mounir Mahjoubi also signed three new decrees last October aimed at increasing transparency from search engines and social media platforms. Specifically, platforms will be required to specify where they’ve been paid to give preferential treatment to certain content, and also whether consumer opinions they publish have been verified.

While the EU works on its own digital tax, and number of other countries have proposed their own domestic version, similar to the UK and France.

Spain approved a law in January to impose a three percent tax on digital revenues for large companies. Italy introduced a similar tax this year, three percent of revenues from digital advertising, online sales and data process, on companies with annual global turnover of over €750 million. And Austria is in the process of finalising a domestic tech tax too, which would come into force in 2020.

Austria’s Federal Competition Authority is also taking on Amazon, investigating its dual role as a retailer and a platform for smaller merchants.

And in Belgium, the commission for the protection of privacy has battling with Facebook over how it tracks users and collects their data. The commission secured a ruling from a Belgian court last year that Facebook must delete illegally collected data and stop certain practices, or face fines of up to €100 million.